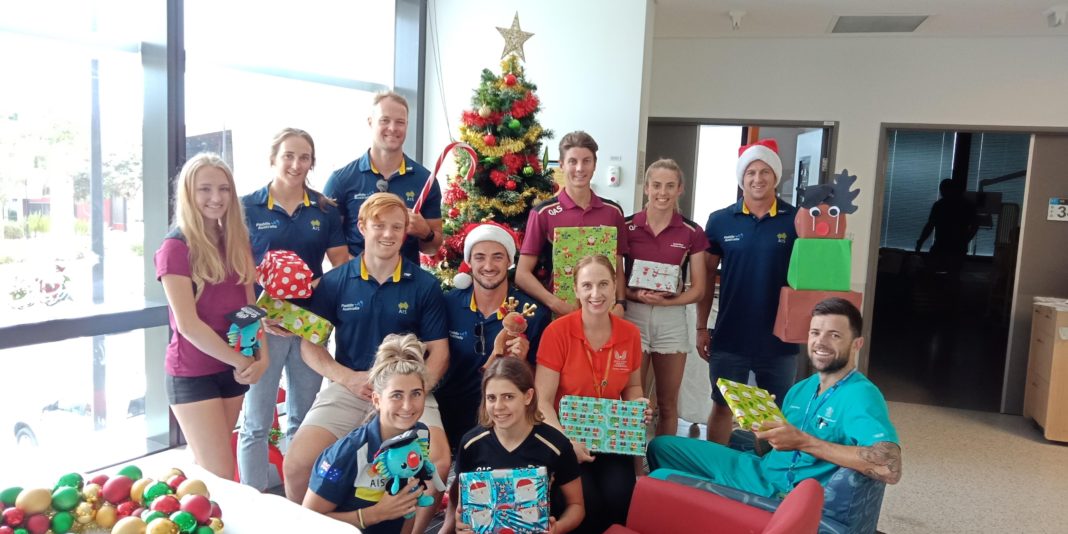 Christmas came a week early for many of the Gold Coast University Children’s Hospital patients when Queensland Academy of Sport (QAS) athletes, including five of Paddle Australia’s canoe sprint paddlers, paid them a visit on Tuesday to share some gifts, laughs and keep them company.

The QAS initiative in collaboration with the Gold Coast Hospital Foundation was a happy and in parts emotional affair with everyone agreeing that it was a very special day and welcome opportunity to give back to the community.

“It was so exciting to be involved with the children’s hospital visit. Some of these kids have faced so much adversity in life and if we could create some sort of happiness and Christmas cheer, it’s only a small act of kindness from our part, but contributes to a large positive impact for the kids. We’re looking forward to working more with the Gold Coast hospital foundation in 2020 and wish everyone a merry Christmas,” Rio Olympian Riley Fitzsimmons said.

“Going out to the hospital was a fantastic initiative organised by the AIS and QAS, but more importantly it was a great opportunity to interact and spend some time with kids who have it a bit harder than we do,” 2019 national team paddler Jean van der Westhuyzen agreed. 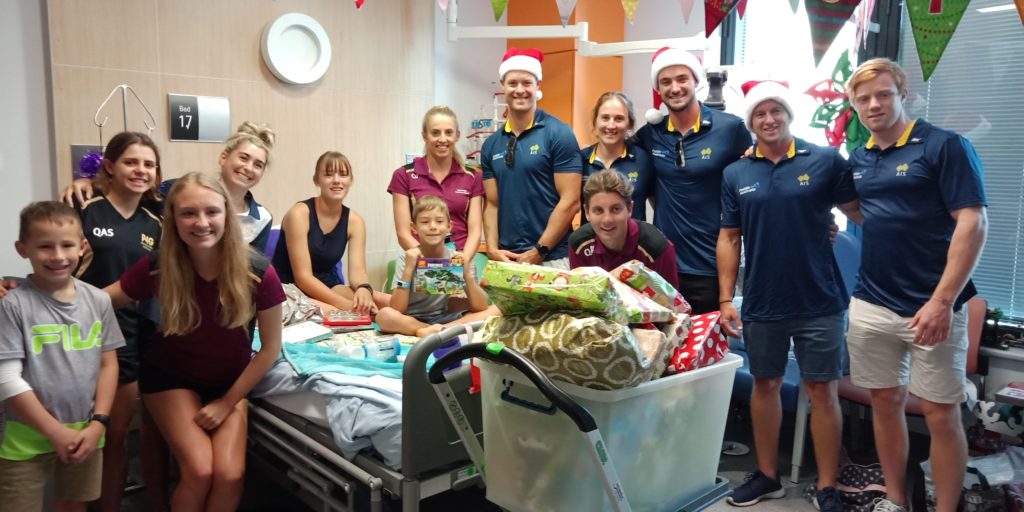 The team distributed presents that were collected from athletes, coaches and performance staff at the National Centre of Excellence – Canoe Sprint at the Gold Coast and while not everybody was able to go to the hospital everyone pitched in.

Rio Olympian Alyssa Bull took on the role of ‘head of present management’ and trusted her her ‘team elves’ to deliver them while she was at night shift in her job as firefighter.

“Unfortunately, due to night shift I was unable to attend the visit itself so I was more than happy to try muster up some gifts for the crew to take. Our aim was to collect gifts aimed at 3-15 year olds for both boys and girls. All staff and athletes from Canoe Sprint that train and work at Pizzey park were all more than happy to be involved and help spread the Christmas cheer. Emails were sent out and a ‘Santa’s Gift Box’ was created,” Bull explained the call-up which was a huge success.

“By the end of the first day we had an amazing number of gifts in the box. After hearing a few stories from the athletes that went to the hospital, it is so cool how a small gesture can put such big smiles on little faces. It’s great that we are able to go out to the community and spread some holiday cheer.”