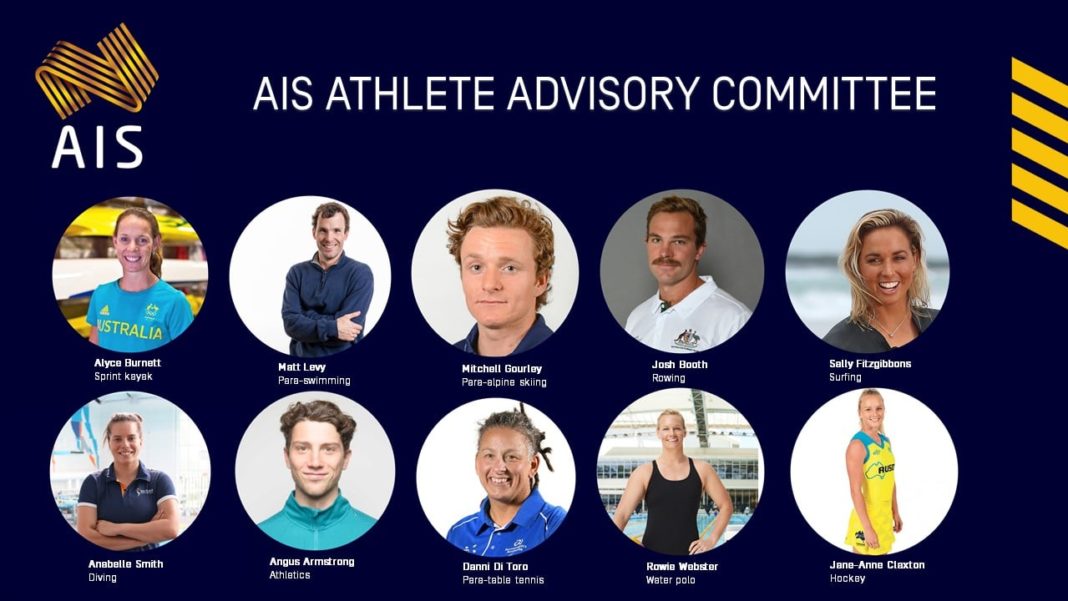 AIS AMPLIFIES THE VOICE OF ATHLETES

Australian elite athletes will have increased influence on the direction of high-performance sport with the announcement of the inaugural Australian Institute of Sport (AIS) Athlete Advisory Committee (AAC).

“I’m so excited to have the opportunity to sit on this new panel. I’m super passionate about giving the current athletes a voice but also ensuring high performance athletes of the future are well supported and this panel will help contribute to that and more,” Alyce Wood (nee Burnett) said.

“The panel is comprised of 10 athletes from all areas of sport and is a great opportunity to allow us to table our ideas or concerns and collaborate to make recommendations to the ASC board that will ultimately shape our future.”

Chaired by Olympian, Commonwealth Games Gold Medalist and Australian Sports Commission Board Member Steve Moneghetti, the AAC aims to ensure that athletes have a voice in shaping the future of high-performance sport in Australia.

“I feel extremely fortunate to be taking on the role of the chair of the AIS Athlete Advisory Committee and working with who I am sure will be the future leaders of sport in this country,” said Moneghetti.

“We have been able to assemble a very diverse group of athlete leaders who will all bring different skills, ideas and perspectives which is exactly what we set out to achieve.”

AIS CEO Peter Conde believes it is critical for athletes to be involved across all stages on matters that directly relate to them.

“We identified that while most individual sports have athlete committee chairs, there was not a dedicated representation of athlete leaders that we could turn to for advice and recommendations on matters concerning the entire Australian high-performance sports system,” said Conde.

“The AIS is committed to leading and enabling high performance sport in a collaborative way, and this means ensuring that athletes have a voice at the table.

“Members of the Committee will be able to use their own experience and insights as high-performance athletes and provide direct recommendations to the AIS for both current, ongoing and future strategies.”

The role of the AAC will be to consider and make recommendations to the AIS and ultimately to the Australian Sports Commission Board either on direct request or at their own volition.

Current issues the group could be called on to provide input include identifying and developing solutions relating to pathways, review of athlete-related policies including athlete categorisation and direct support and education material and working with other athlete committees to ensure a collaborative and consistent approach to athlete wellbeing.

The development of the committee is part of the strong commitment the AIS has made to athlete wellbeing and engagement helping to create an environment where Australian athletes can learn, thrive and contribute back to sport and the broader community.