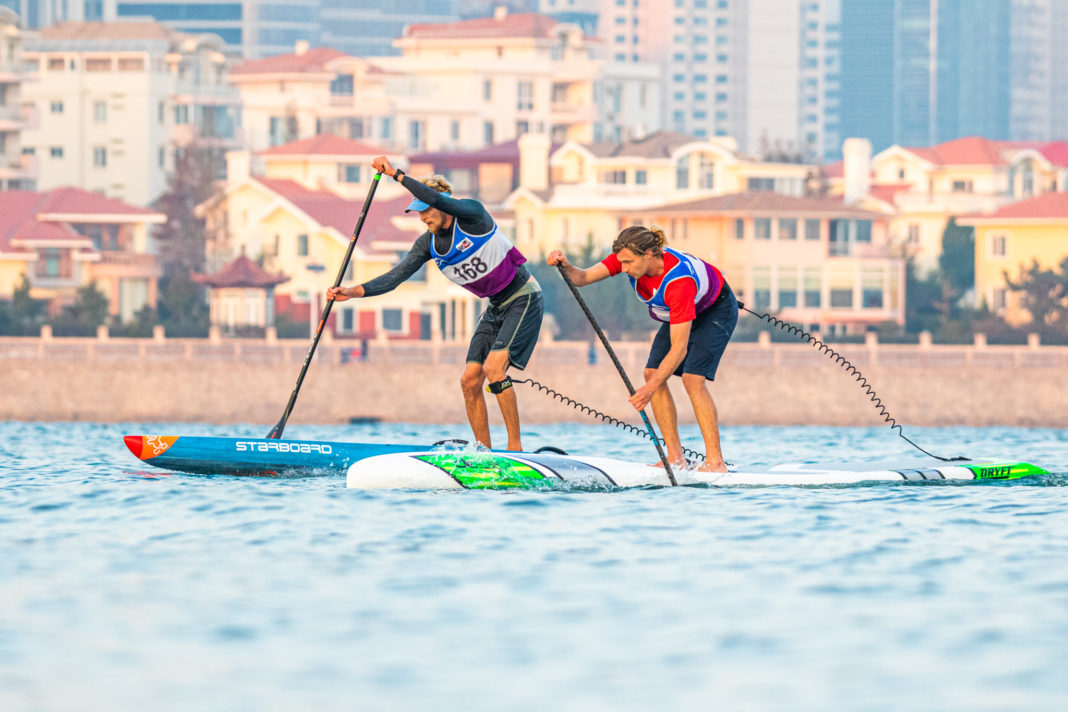 Another two gold medals on the final day of the ICF stand up paddling world championships wrapped up a successful weekend with Australia’s paddlers winning four gold and one bronze medal and finishing second on the overall medal table.

Lincoln Dews (QLD) bounced back from a disappointing start to the ICF stand up paddling world championships with a gutsy gold in the men’s technical race on Sunday in Qingdao, China. Dews was a man on a mission on Sunday, going out hard from the start, forming a two man breakaway with American speed king, Connor Baxter, with Judson joining for the second half of the race.

Dews led all the way, rebuffing every attempt by Baxter to move ahead.

“When I race I like to wear my heart on my sleeve and I want to race in the front,” Dews said.

“Today was a good example. I was either going to die, or win. It hurts a little bit less when you come across the line first, but it was a very tough race and a very tough weekend.

“I had a pretty average form coming into today. My distance race was pretty average, so I knew I just needed to get out there and find my own water, and get my rhythm again. But even my heats and semi-finals, I started to feel better but I wasn’t 100 per cent.

“But I think I got out there this afternoon and get everything right, and everything started to click.” 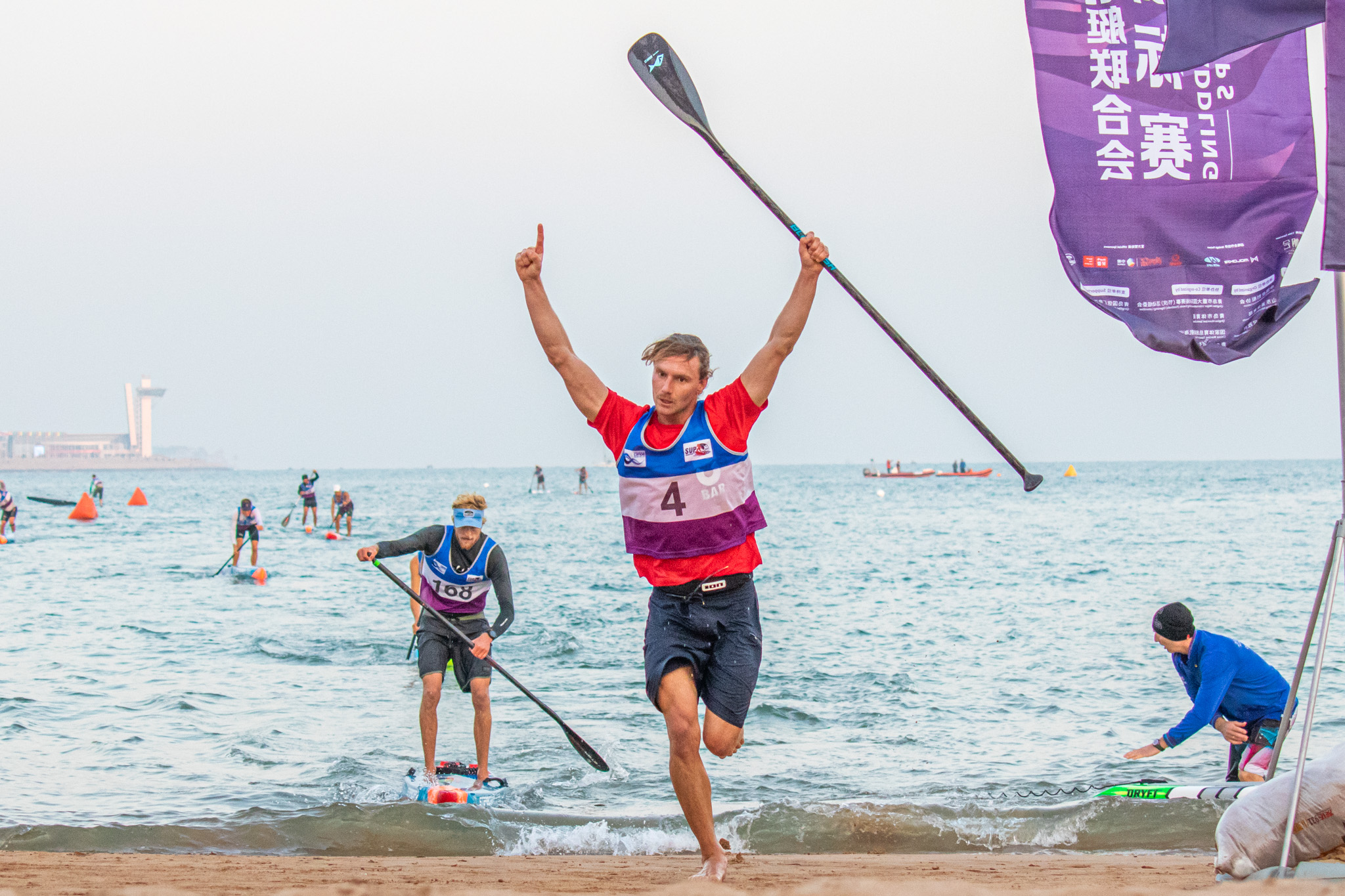 Dews said while he has won races before, it was an honour to be crowned a world champion.

“That title is something special,” he said.

“To be here at the first ICF world titles, and to take the world title – it’s pretty special. It’s been such a well run event from start to finish, an incredible weekend.”

Judson initially found himself in a chase group behind Dews and Baxter, but broke free on the second of the four lap race to make up the gap. But he was unable to move ahead of the leaders, eventually settling for a hard-earned third. 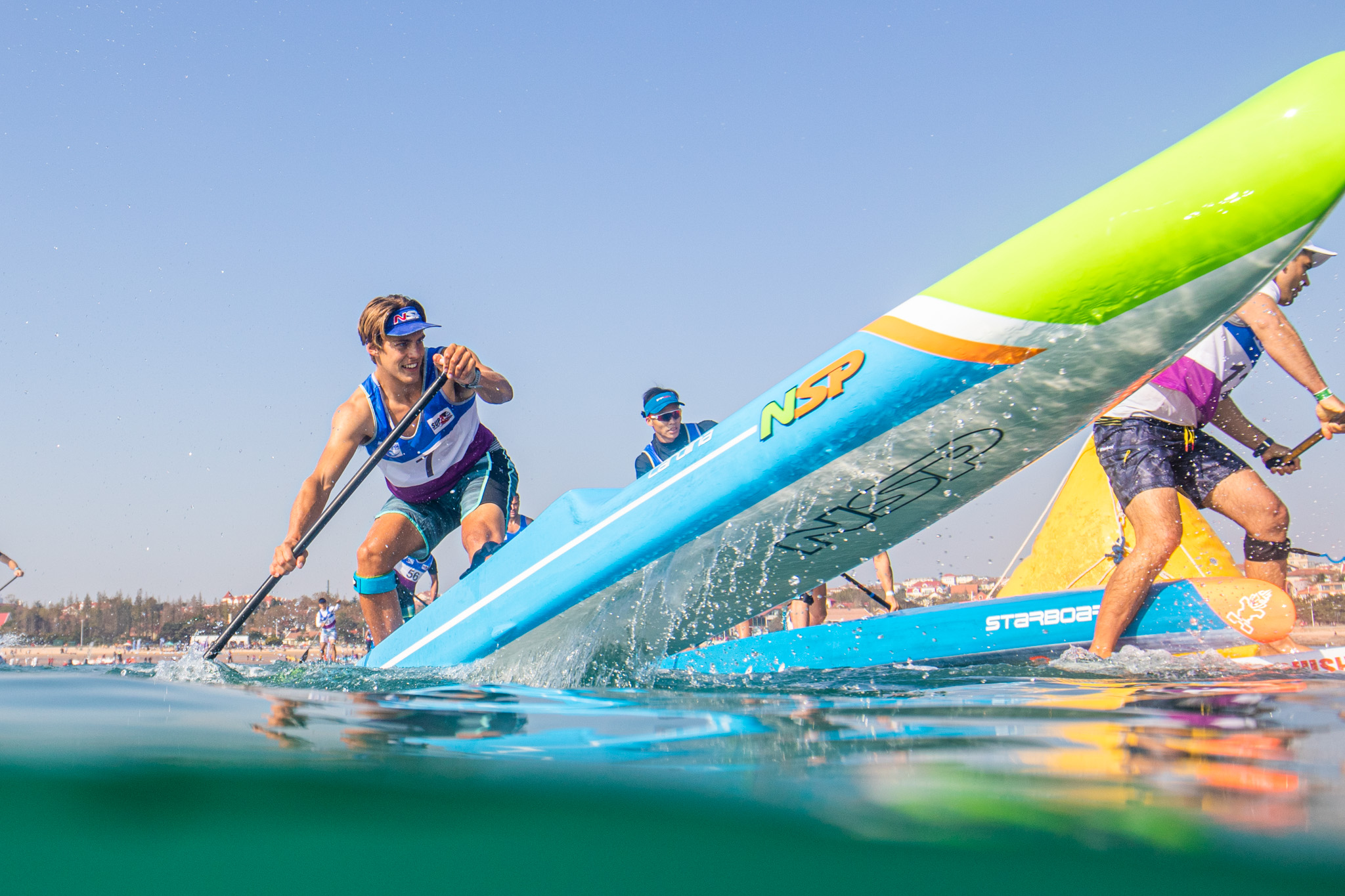 Long distance world champion Michael Booth fell at the first buoy, and despite battling valiantly was unable to make up the ground and eventually finished fifth, while the fourth Australian in the final Jackson Maynard finished 10th.

“I am happy to show that canoe sprint and stand up paddling are like twin brothers,” the five-time Olympian said.

Australia finished the world championships second on the medal table behind Japan, picking up four gold medals and a bronze for five medals in total. 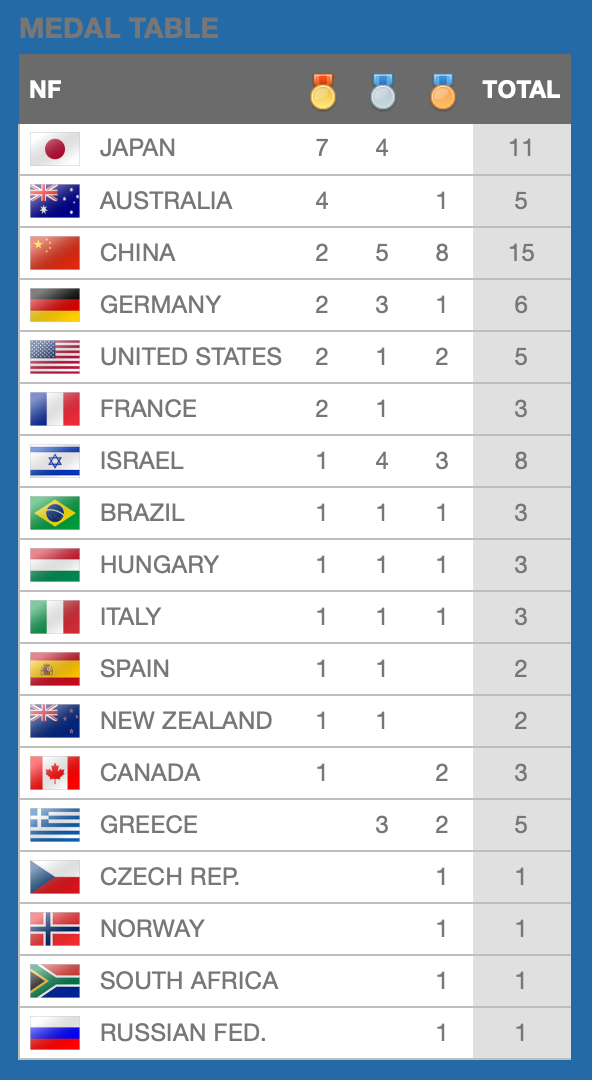