Australia’s Michael Booth has been crowned the first ICF stand up paddling men’s world champion after a dogged victory in tough conditions on the first day of the 2019 ICF Stand Up Paddling World Championships in Qingdao, China, on Friday.

Booth went out hard early in the strong wind and choppy ocean conditions, eventually forming a lead group of three with Hungary’s Hasulyo brothers, Bruno and Daniel. Despite bursts from both brothers, Booth stuck to his plan, and then kicked away at the final turn to open up a race-winning lead. 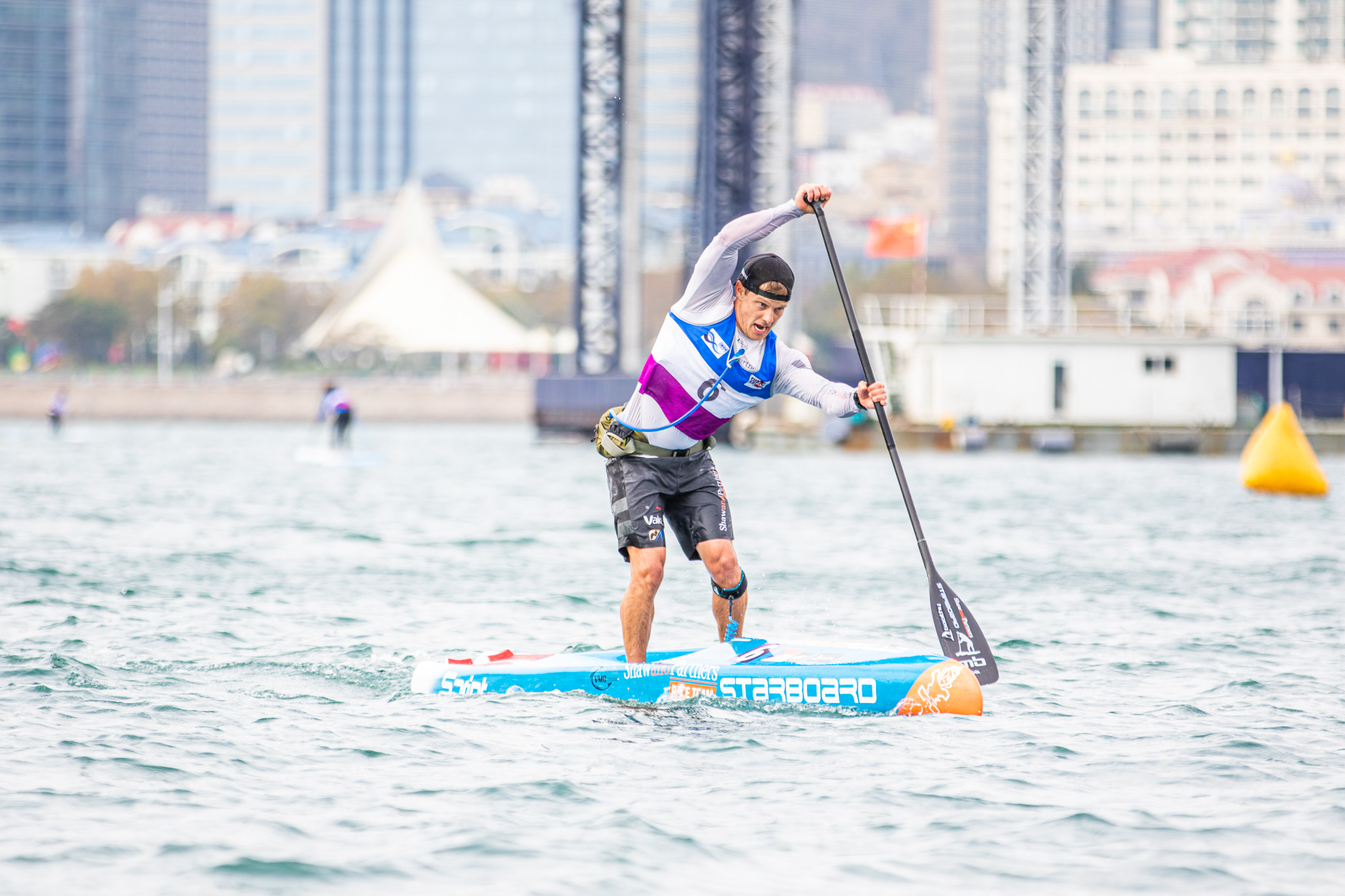 It’s yet another gold medal and title in what has been a glittering career for Booth, who has also represented Australian in ocean racing and as a sprint canoeist.

“I really suit this sport, I’ve had lots of success, and I think my years of experience doing kayaking and doing the ocean racing and doing surf lifesaving when I was younger, it all adds up, all those kilometres, all those races.

“At the end of the day I love paddling, I’m a paddler, and whatever you put in my hand, I’ll give it my best. I’m very happy to be doing well at this one.”

Booth showed all his experience to remain calm in the trying conditions, and with dealing with a delayed start and a change of course direction because of the adverse weather. 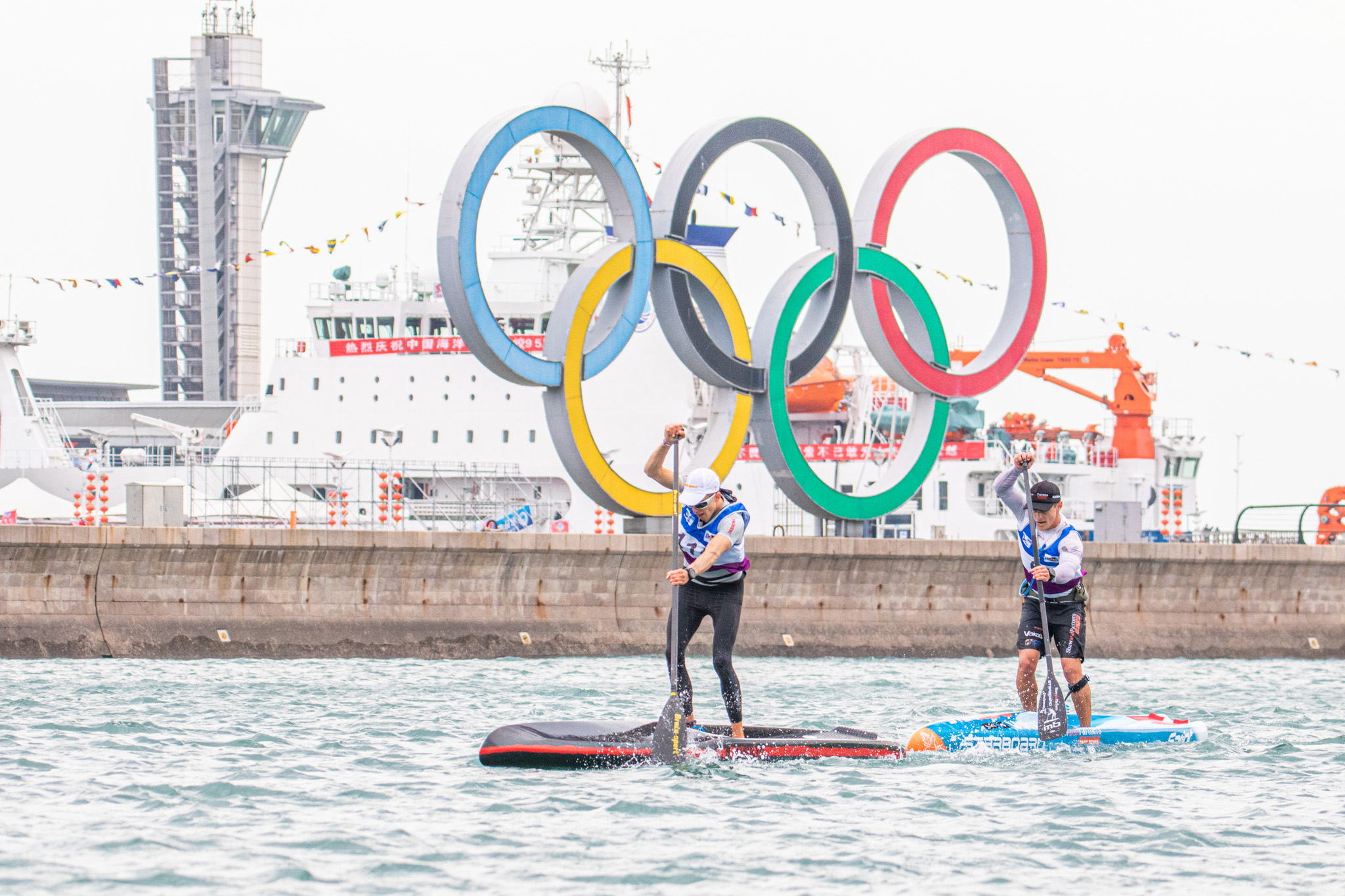 Despite being one of the last athletes to arrive in Qingdao, Booth looked well prepared.

“I had a really good race, I just stayed in there, I didn’t lead too much, but led enough to be still pulling enough to see what the guys were doing,” he said.

“Daniel and Bruno raced absolutely fantastic, and I had to throw my dice right at the end there and I just got away. But I knew if I made just one mistake, Bruno would have got me.

“I nearly had a fall right there at the end, and that would have been it. You want these moments, you want to win, and I’m just really happy to have got it done on the day.”
Of the other Australians, Ty Judson finished fifth and Lincoln Dews eighth behind Booth in the long-distance race.

The rough racing conditions caused carnage in the women’s race, with almost half the field unable to finish, including Australia’s Reka Abraham who is racing at her first SUP world championships.

The 2019 ICF SUP world championships continue on Saturday with the men’s and women’s sprint races and inflatable races.

Or on the ICF Planet Canoe youtube channel here for the sprint heats & semi-finals: https://youtu.be/PSwLrnfq1xs 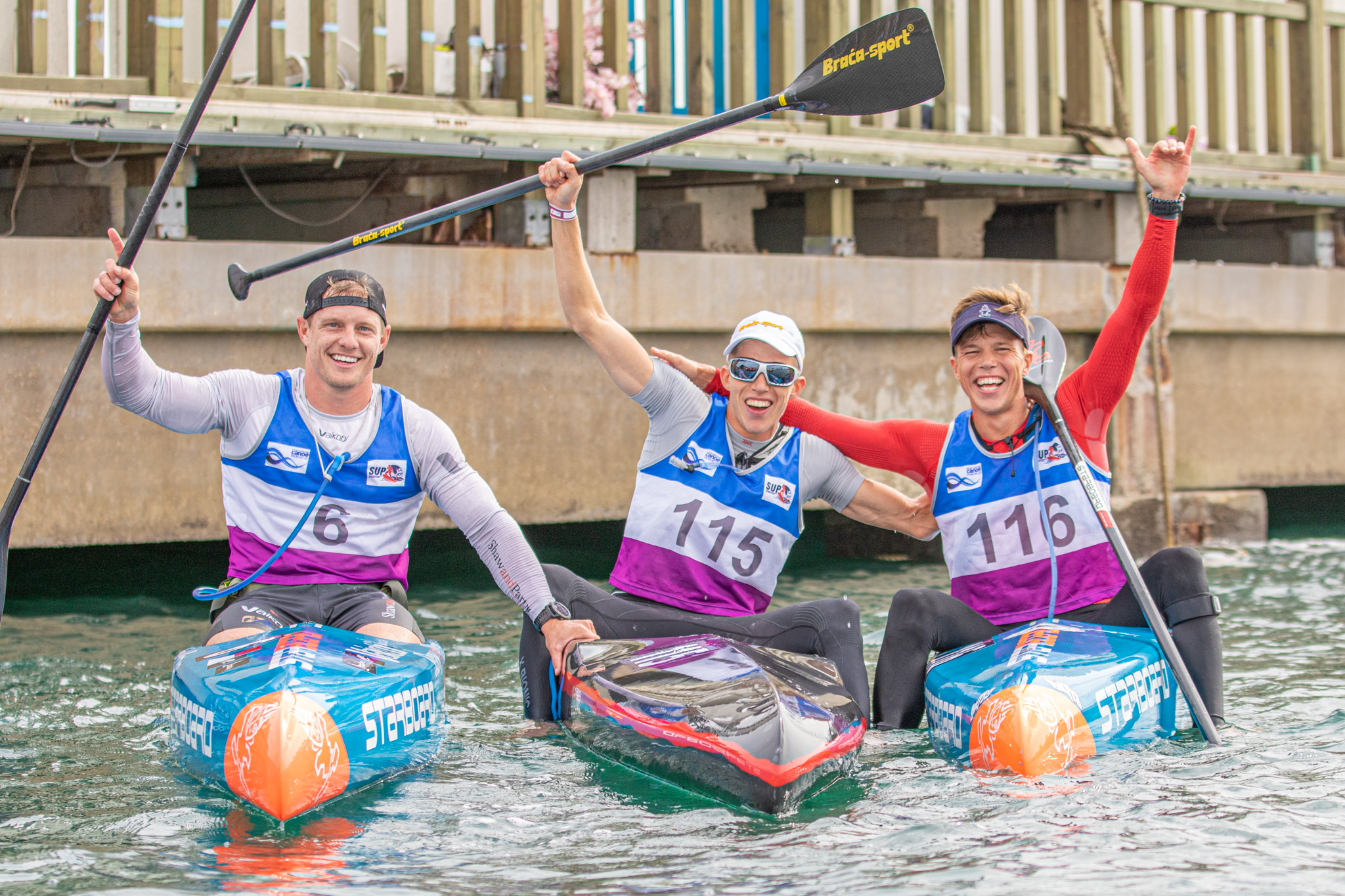