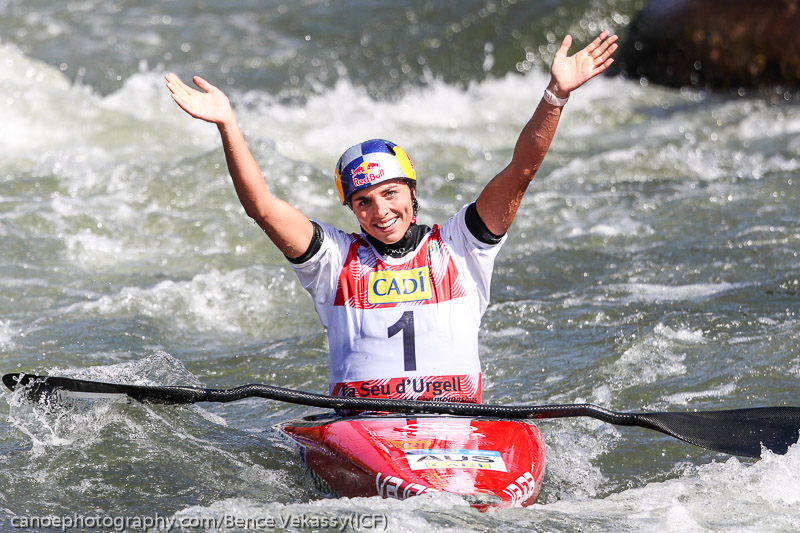 Jessica Fox, Australia’s most successful female canoe slalom paddler of all time, added another world championships medal to her long list of accolades after finishing second in the women’s K1 at the slalom world titles in La Seu, Spain on Saturday. In the process, Fox also booked herself a preliminary ticket to the Tokyo 2020 Olympic Games. 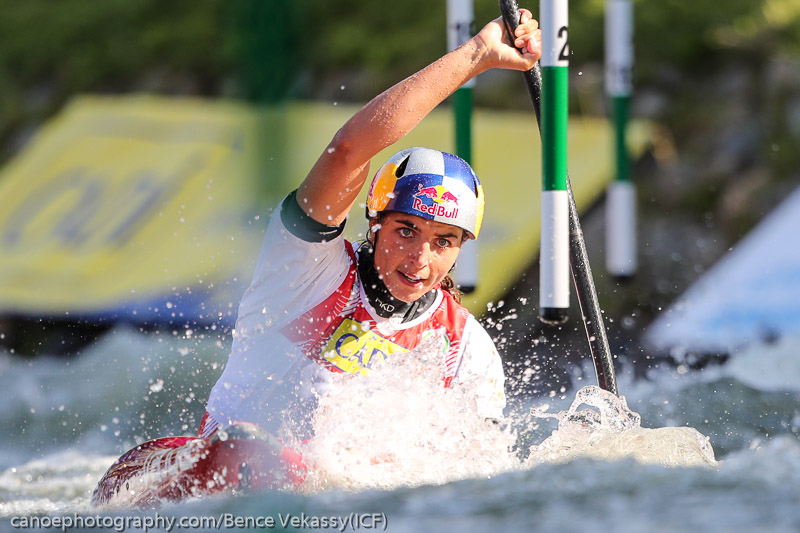 “Of course, I wanted to defend the title. It’s pre-olympic year, the pressure of Olympic quota, the pressure of pre-qualification, the pressure of getting the title, I think I raced really well in that final and .042 is all that was missing between second place and first place and I don’t know where they were. Maybe at the finish line, maybe in the middle section but I’m thrilled to be on the podium again, Fox said.

“I’m thrilled to be here and Eva put down an incredible run and Luuka as well, we are all within a second of each other and I think this is probably the tightest podium we’ve seen. It was such a hot final and I’m stoked to be on the podium,” Fox added.

It was an emotional day of competition at La Seu with quota spots and national Olympic selection on the agenda for most countries. While Fox already locked in the women’s K1 country quota spot on Thursday after qualifying Australia for the semi-final, the podium spot still had Olympic significance for Fox as athlete.

Based on the Australian Olympic Team nomination criteria by winning the silver medal at La Seu, Fox satisfied the early nomination requirements to gain selection for Tokyo 2020. 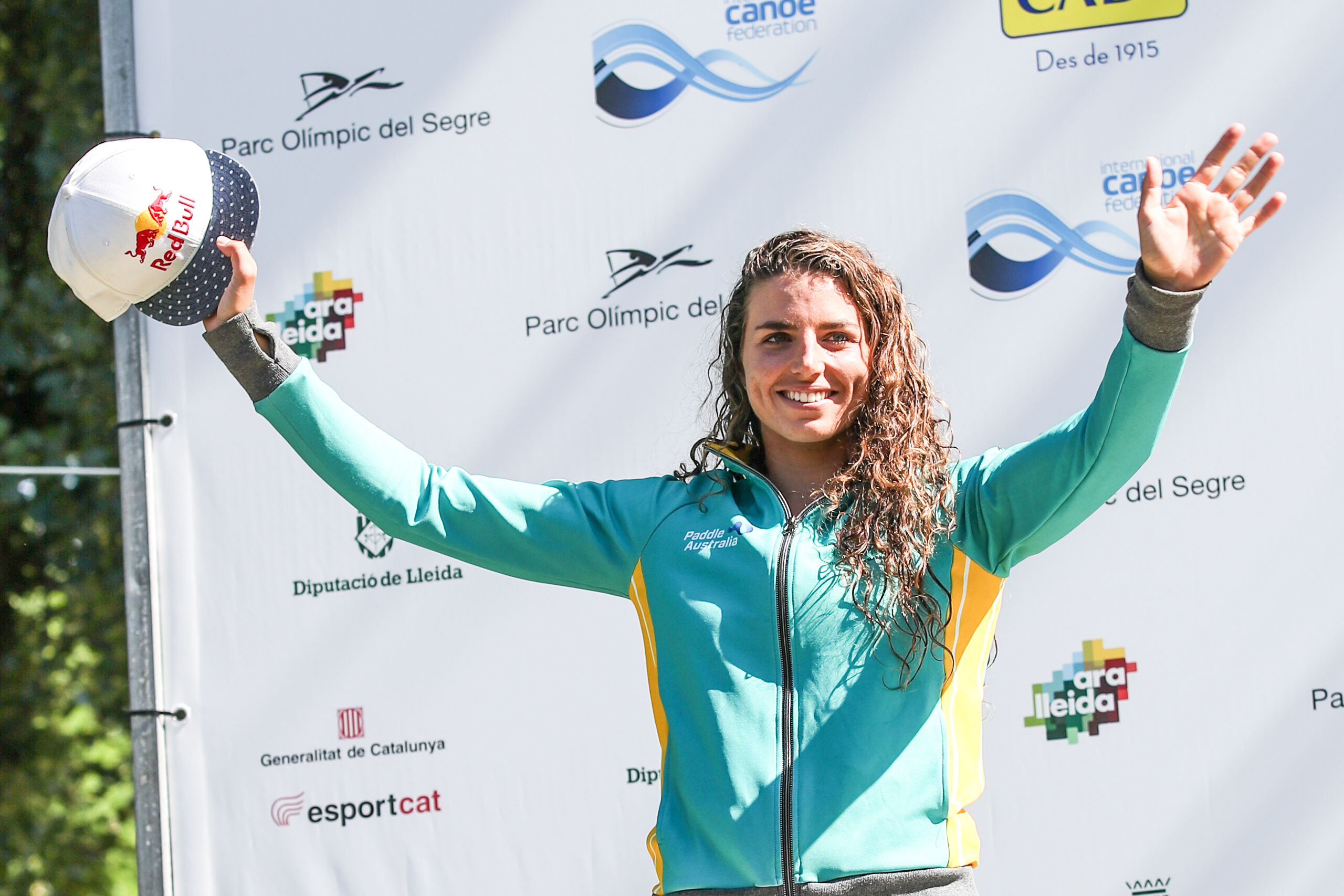 Based on the international nomination criteria her world cup win at the world cup final in Prague a couple of weeks ago as well as the podium spot in La Seu count towards early nomination. Pending the official steps in the Tokyo 2020 selection process Fox will compete at the Tokyo 2020 Olympic Games next year.

“It’s all unofficial I guess, but I’m emotional, really happy and really pleased to have put down a performance to earn that spot and I guess that’s why I’m still thrilled with the podium. Obviously to win is really special but to be on the podium is still amazing especially when it’s got this value and means that I booked my spot to Tokyo,” an emotional Fox said.

18 women’s K1 quota spots were up for grabs at the ICF canoe slalom world championships and eighteen countries had qualified for the semi-finals on Saturday morning (17 + Japan) meaning that the quota spot for Australia was already secured ahead of the final K1 competition day. 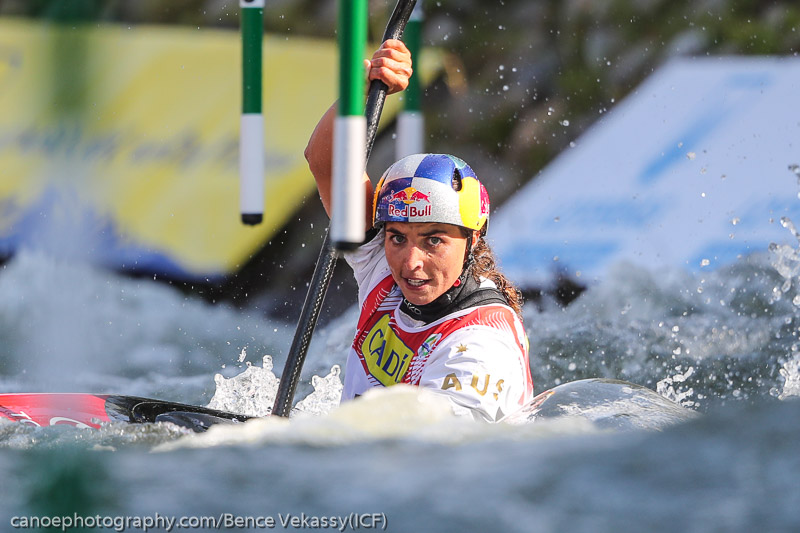 The next quota opportunity for Australia will be on Sunday with the top eleven countries to qualify in the women’s C1.

“Tomorrow, we’ve got the C1 semi-final where all three of us C1 girls (Jess and Noemie Fox and Ros Lawrence) are in and will be fighting to get the quota spot first and foremost. I’m looking to get out there and paddle freely and safely to qualify into the final,” Fox added about Sunday’s goals.

In other results, Australia’s C1 men missed the opportunity to lock in a quota spot after C1 paddlers Ian Borrows (NSW) and Tristan Carter (VIC) missed the final following a 23rd and 27th place in the semi-finals.

Rio Olympian Ian Borrows had a solid run, but a touch and his final time was not enough to proceed.

“I felt really happy on the water. I think I paddled pretty much as well as I could today. I had a small touch in the middle which was a bit annoying. I was a bit low in the bottom which cost me a bit of time and I finished 23rd. So no qualification spot for the Olympics but I was really happy with the way I was paddling and I’m looking forward to the rest of the season,” Borrows said.

“All the guys from the smaller countries all paddled really well today. The whole C1 semi-final was at a different level today. I’m really happy for the guys that paddled well and those guys that got the quota spot for the Olympics. It’s awesome for them. We’ll just go back to the drawing board, knuckle down some training back home and qualify our spot at Oceania,” Borrows added. 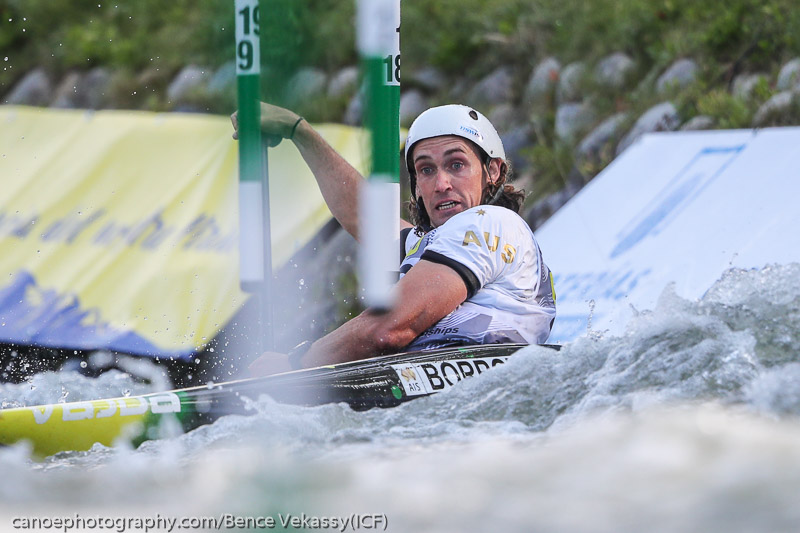 The next and final opportunity for Australia to secure an Olympic C1 quota spot will now be at the ICF Canoe Slalom Oceania Championships in Auckland at the start of February (1-3 February 2019).

World titles and more quota spots are up for grabs when the 2019 ICF canoe slalom championships finish on Sunday with semi-finals and finals in the men’s K1 and the women’s C1.

Rosalyn Lawrence, Noemie Fox and Jessica Fox will be up first in the semi-finals of the women’s C1 with quota spots going to the top eleven countries. Tim Anderson and Lucien Delfour qualified for the men’s K1 semi-finals and will also be aiming to secure Australia a top-18 countries quota spot.

This weekend also sees the ICF Wildwater World Championships contested in La Seu with both the Australian men and women’s C2s making the final.

It was the first time for Madison Wilson (VIC) and Genie Collin (WA) racing the women’s C2 with the pair finishing sixth. Kaylen and Lachlan Bassett (VIC) finished ninth. 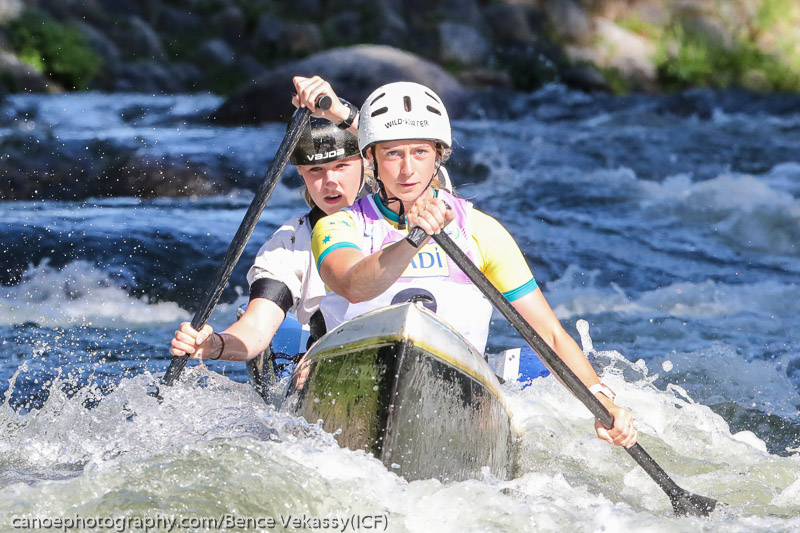 Jessica Fox won her tenth world title on Wednesday, when she took out gold in the women’s C1 team events together with sister Noemie Fox and Rosalyn Lawrence.  The most successful individual paddler of all time now holds four C1, three K1 as well as three C1 team world titles to her name. 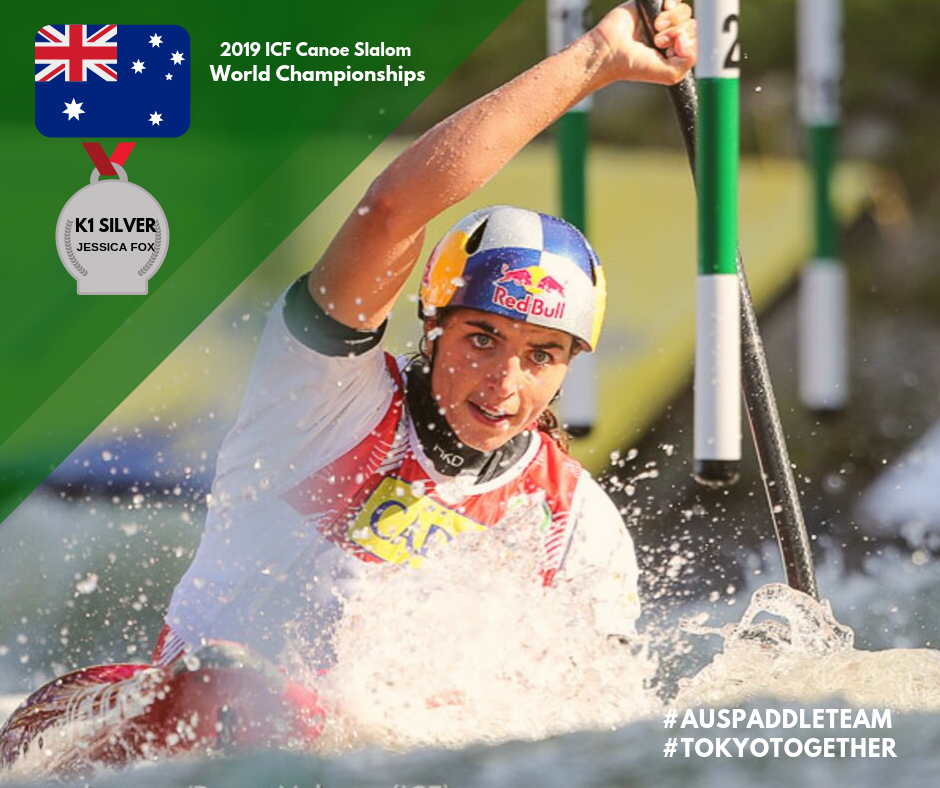