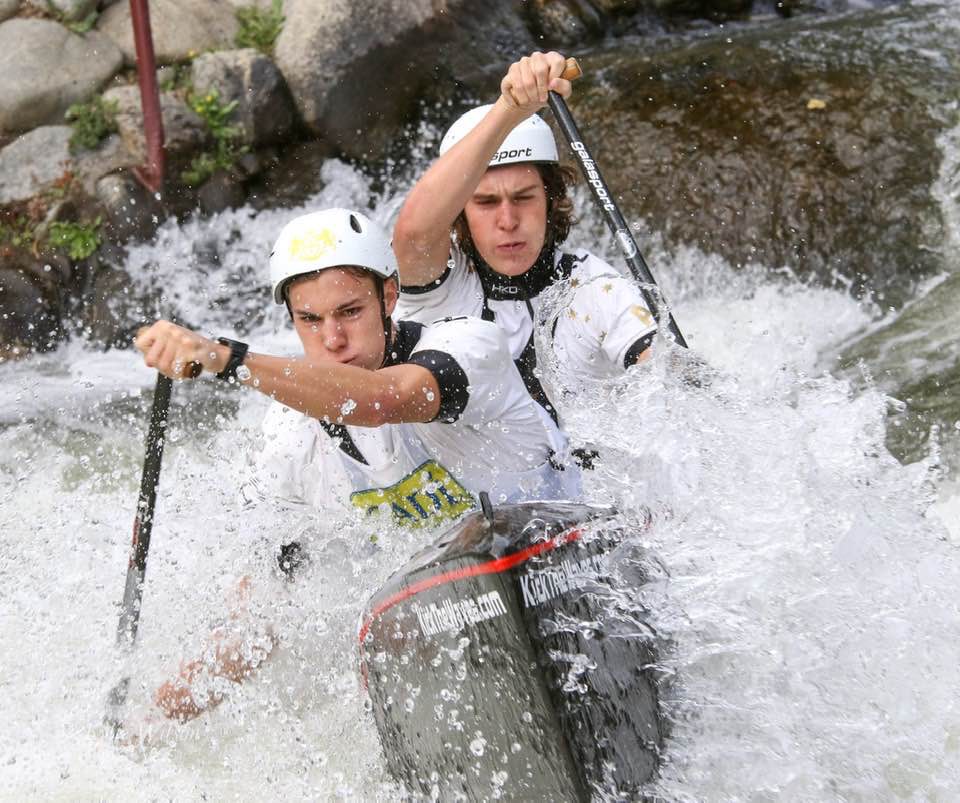 Australia’s wildwater paddlers have been inspired by their whitewater canoe slalom team mates ahead of the start the wildwater world championships today with Team Australia represented strongly at La Seu d’Urgell this week.

In addition to Australia’s eight canoe slalom paddlers, four wildwater paddlers will line up at the start line from today for the 2019 world titles.

The slalom and wildwater world titles were successfully combined in Pau, France, in 2017, and U23 wildwater paddler Madison Wilson (VIC) is excited about the size of the event.

“I’m very excited and there’s a lot of people here. I think this is the biggest competition I’ve ever been to so far and it’s really exciting to see all these people. Sharing the competition with the slalom guys is really important and it seems like it will be a fun event,” Madison Wilson said. Wilson had a successful season winning a bronze medal at the U23 wildwater world championships together with Genie Collin and Demi O’Brien in the K1 team event and also made the C1 final where she finished sixth.

She draws inspiration from paddling at the same competition as the Olympic slalom paddlers.

“It’s really inspirational, because you can really see the focus of all the slalom paddlers and that’s inspirational to watch. It gives us that little bit of extra motivation to do a little bit better and to paddle as hard as we can in our races,” Wilson explained, who has set herself high goals for the world championships.

“This competition, I’m hoping to come top five, but there is some tough competition in the C1 women’s so we’ll see how that goes.”

Fellow women’s wildwater team paddler Genie Collin (WA) will contest the women’s K1 and has been switiching in between U23 canoe slalom and wildwater events this season.

“This is the end of a really long season which started at the end of May. It’s been amazing and rewarding and I really enjoyed switching between slalom and wildwater and I have been really satisfied with all of my results so far,” Collin said.

For the senior world championships her goal is “to have a run where I feel that my boat holds speed and I don’t make any big mistakes.”

“It’s such a technical course here in La Seu and my goal will be to finish my race knowing that it was the best I could do on the course,” Collin said. Like Wilson, Collin is excited to be racing at the same event as her slalom team mates and friends.

“I’m so happy. This is the biggest world championships, I have ever been to and it’s even more fun because I know everyone. I’m very excited that Jess, Noemie and Ros are here.

“Noemie and I were on the U23 slalom team together and I trained with Ros in Prague so I know all these girls really well. So it’s so exciting that they are all here and I will be running down the bank cheering for the girls for sure and I hope they come for my races as well.” In the men’s events, Melbourne Canoe Club’s brothers Kaylen and Lachlan Bassett are looking forward to the season wrap after spending the last four months in Europe training and competing.

Kaylen Bassett will be competing in the men’s K1 and will also race the C2 together with his brother. For both, it’s first senior world championships in the C2.

“It’s been a good season for us. We’ve been in Europe for four months and did the world cup as well as the U23 world champs in Bosnia and we were happy with our results there in the sprint and I’m looking forward to see what we can do here in La Seu,” Lachlan Bassett said, who will be contesting his first senior world championships.

“It’s a bit daunting looking at the line-up with all the top paddlers in the world but it’s also awesome to be able to watch them and actually learn off them and pick up a few new skills along the way, so it’s awesome to be here,” Lachlan Bassett added. The pair has been training in La Seu for a while now and is looking forward to racing.

“We’ve been in La Seu for about three weeks now and it’s quite a fun but tricky course. It flows nicely but you can lose time really easily and I’m looking forward to racing,” Kaylen Bassett said about the challenges of the La Seu course.

“In the C2 we are definitely aiming for the final and top 20 in the K1 men would be good. It’s the first time we’ll be doing the C2 at senior worlds but there should be some good improvements from the first world cup, to U23s to here and I think we can be pretty competitive, which should be good,” Kaylen Bassett added about his goals. Kaylen and Lachlan Bassett are both also canoe slalom paddlers and have been enjoying catching up with their Penrith training mates in La Seu.

“We are all friends outside of Europe as well with the majority of us living in Penrith. So it’s good to catch up after a couple of months and we’ll definitely head down to the river to watch their races and I’m sure if they have the chance they will come down as well. We’ll be cheering Australia all the way.” 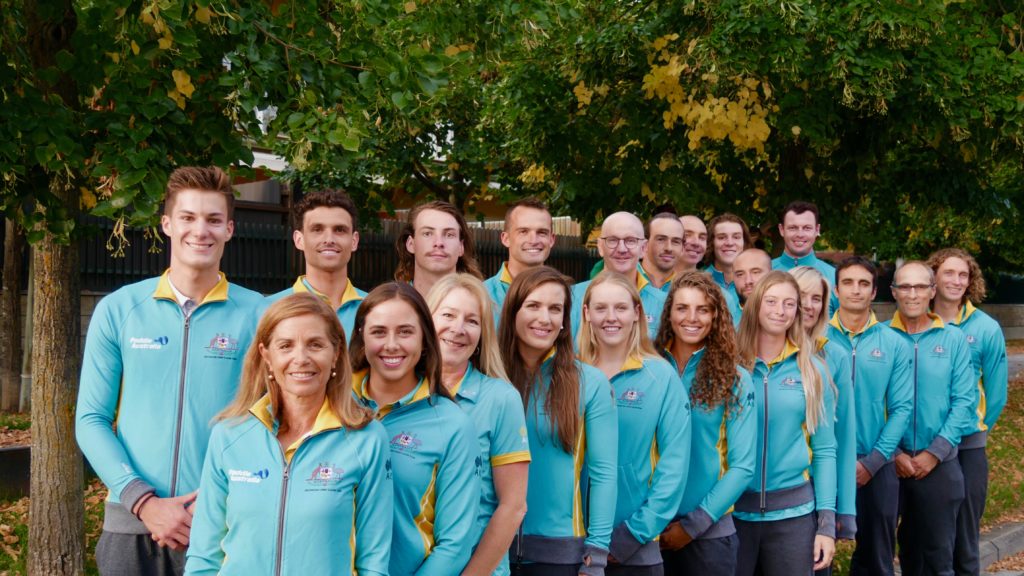