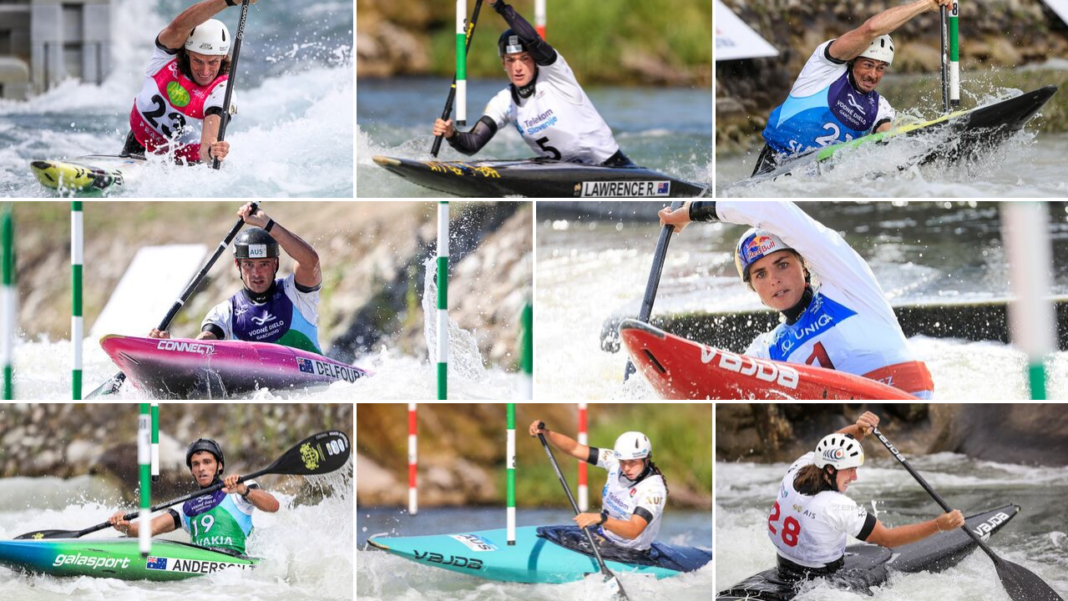 The world’s best canoe slalom paddlers from 63 countries will be trying to earn their country a place at the Tokyo Olympic Games this week with the 2019 ICF Canoe Slalom World Championships doubling up as the first canoe slalom Olympic qualification event.

In La Seu canoe slalom returns to the home of canoe slalom at the 1992 Barcelona Games and fittingly, the first Tokyo 2020 canoe slalom quota spots will be decided at the “Parc Olimpic del Segre” this week.

Paddle Australia will have eight canoe slalom paddlers at the start line with the team vying for up to four quota spots for Australia.

Australia’s canoe slalom star and defending world champion Jessica Fox (NSW) heads into the season highlight as the 2019 World Cup winner in both the women’s C1 and K1 and will once again double up in both events this week.

She will be joined in both events by Noemie Fox (NSW) as well as former C1 world champion Rosalyn Lawrence (NSW) who complete the strong Australian women’s line-up in La Seu.

In the men’s events, Tasmanian Daniel Watkins will also double up in both the men’s K1 and C1 events. Lucien Delfour (NSW) and Tim Anderson (NSW) will contest the men’s K1, while Ian Borrows (NSW) and U23 paddler Tristan Carter (VIC) will join Watkins in the C1.

In the individual events, especially the women’s C1 will attract some extra attention with the class making its Olympic debut in 2020 and the race in La Seu will feature many of the women who fought hard to have canoe added to the Olympic program. Leading the charge was a teenage Jessica Fox, who is now 25 and has four women’s C1 world titles to her name. 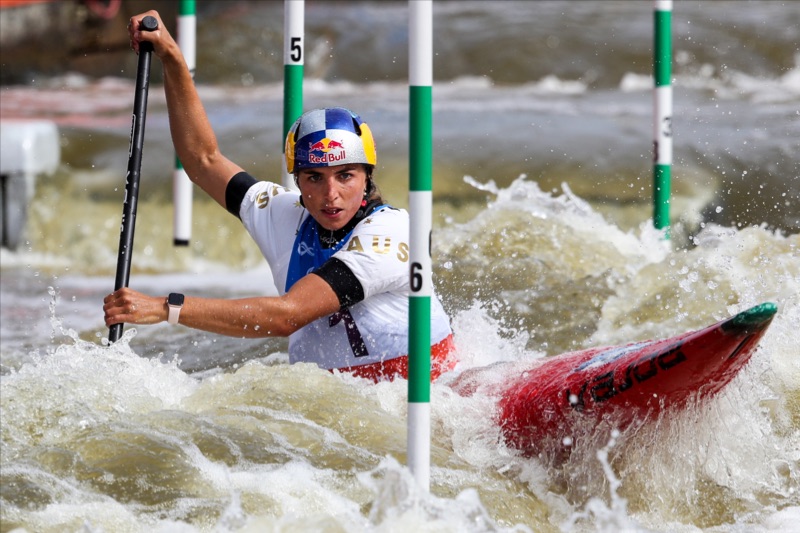 Fox also won back to back world cups in the C1 and is the defending world champion, but 12 months on, the race for this year’s world championships title and Tokyo gold is much closer with tight racing expected in La Seu.

“I think we can expect everyone to be at their best and ready to send it! The goal is to take it stage by stage. Even though this year’s world championship is a little different with the Olympic quotas, it’s still the same process like any other world champs,” Fox said.

Fox, who is the defending world champion in both the K1 and C1 and once again finished the 2019 the world cup season winning the world cup crown in both events at the world cup final in Prague a couple of weeks ago, is looking forward to the start of racing. 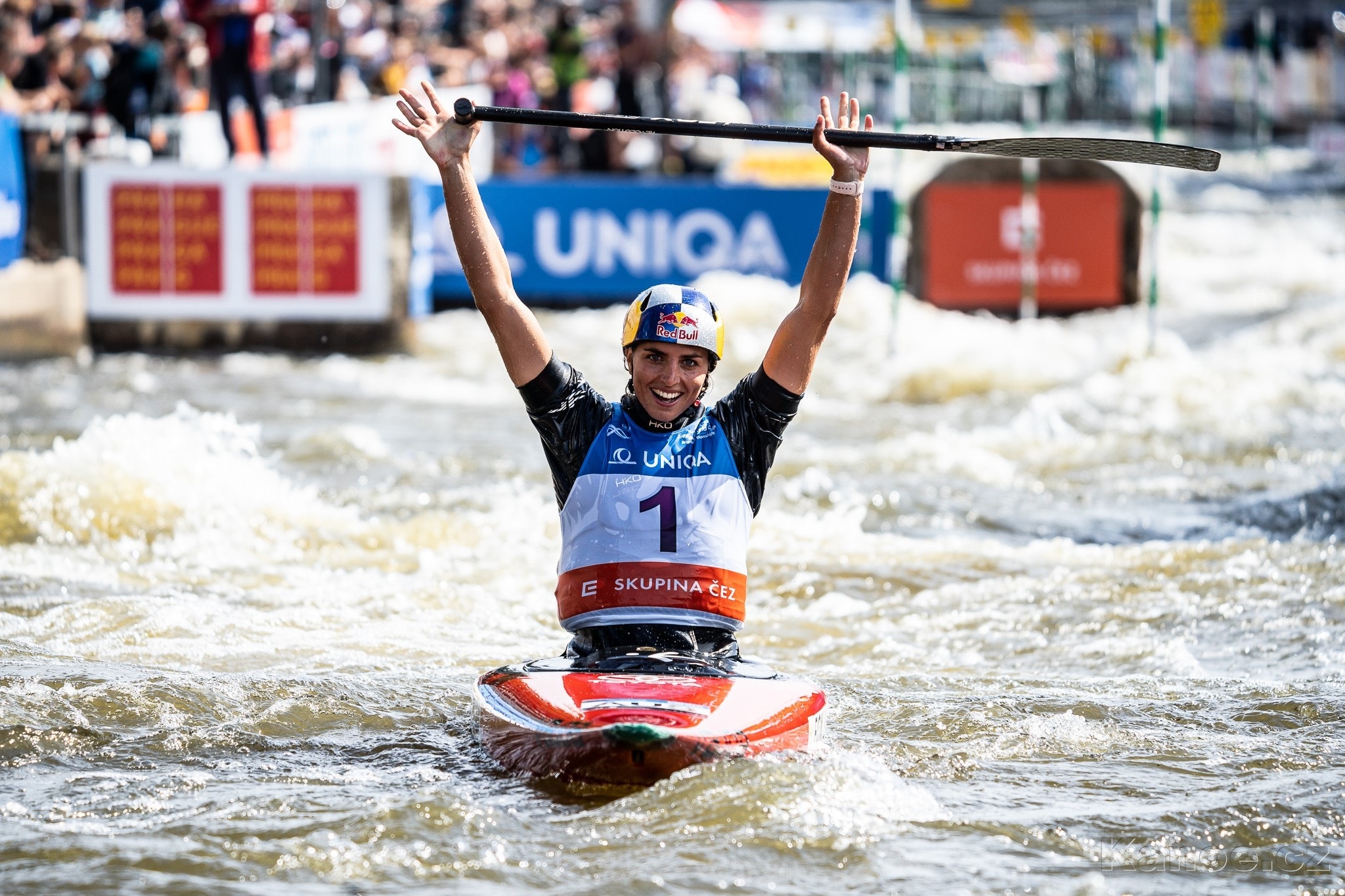 “It was a great end to the world cups and I loved racing in Prague. It’s lovely to be back in Seu and to feel the buzz of the world champs, all the teams are here and the grandstands are up. We are down to our last few sessions and I’m looking forward to racing, we start on Wednesday with the team runs,” Fox said.

Besides the individual events, Australia will also contest the men’s and women’s K1 and C1 team events, which kick off the world championships on Wednesday.

“Noemie, Jess and I will do both team events in the K1 and C1 and I’m super excited. We did a little practice run during the week and it felt really good so it will be a nice way to start the competition in the teams with the Foxes,” Ros Lawrence said.

“I spent six and a half weeks training here during the summer and two weeks leading into the racing now, so I’m feeling comfortable on the water and I really love the town. Seu is always great at supporting kayaking and they say every kid in Seu tries kayaking at least once. Everyone knows what it is and all the shops are decorated with kayaks which adds a really nice atmosphere and I’m sure it will be an exciting race,” Lawrence added about the host city. 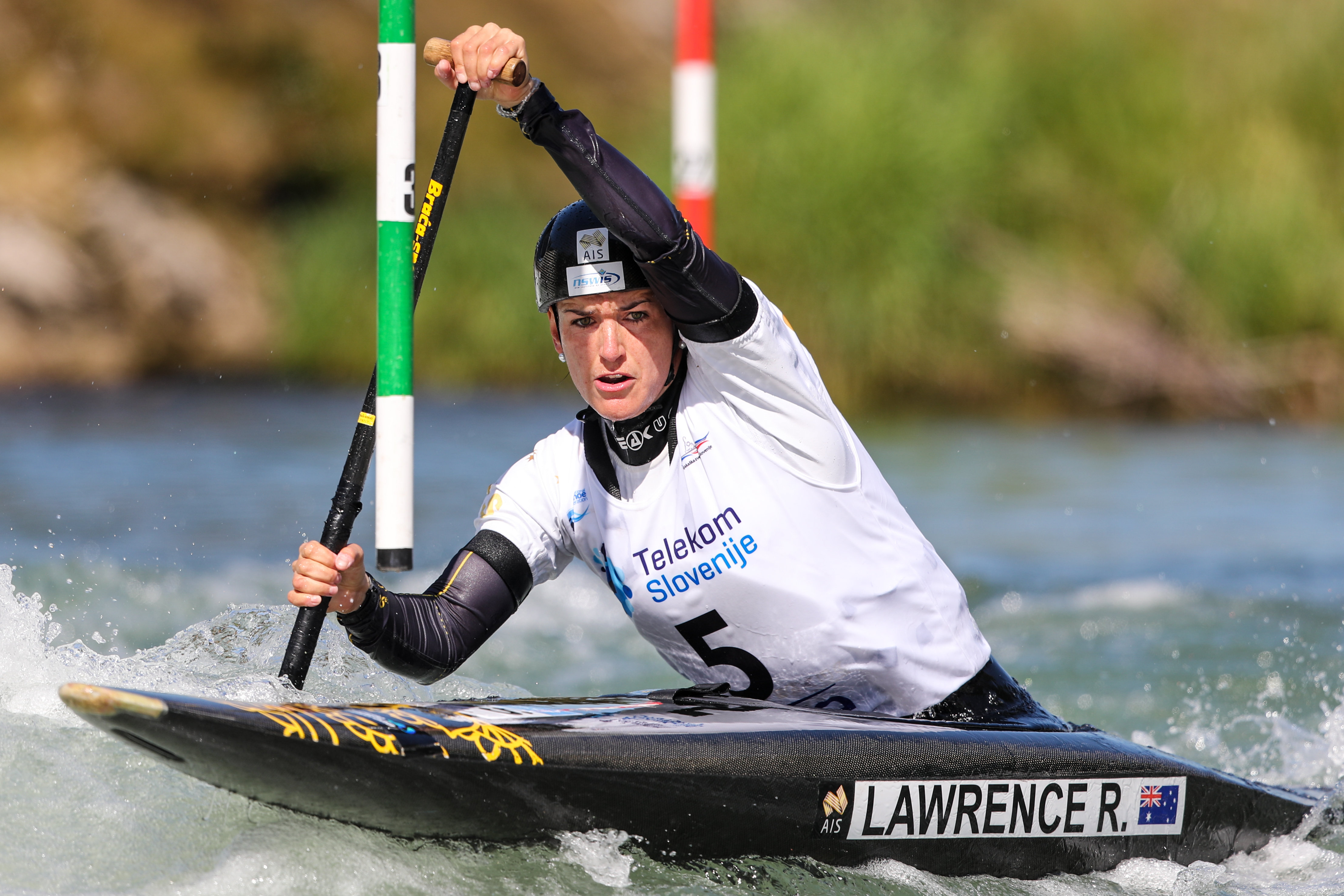 Team mate and Rio Olympian Lucien Delfour has also trained and raced in La Seu on various occasions and is feeling confident ahead of the start of racing.

“I’m feeling pretty good and I know the course pretty well now so I feel confident on the water which is good a couple of days before the race,” Delfour said.

“The course in La Seu is extremely specific. It’s quite slow, very shallow and very narrow so you have to be super precise with the lines and you can’t really make any mistakes because every mistake costs so much time. So Seu is more than pure speed and all about finding that right balance,” Delfour added about the challenges of the course.

Delfour finished the world cup season with a silver medal at the fourth world cup in Markkleeberg, Germany and has his eyes set on the podium rather than on the quota spot – for now.

“Obviously, we have to earn that quota, but first things first. It’s hard to not focus on the Olympic quota but in terms of performance, I rather focus on the actual race. It is important, but we have to make it through the semi-final and I’m focussed more on the final and then obviously getting on the podium,” Delfour said about the goals ahead. 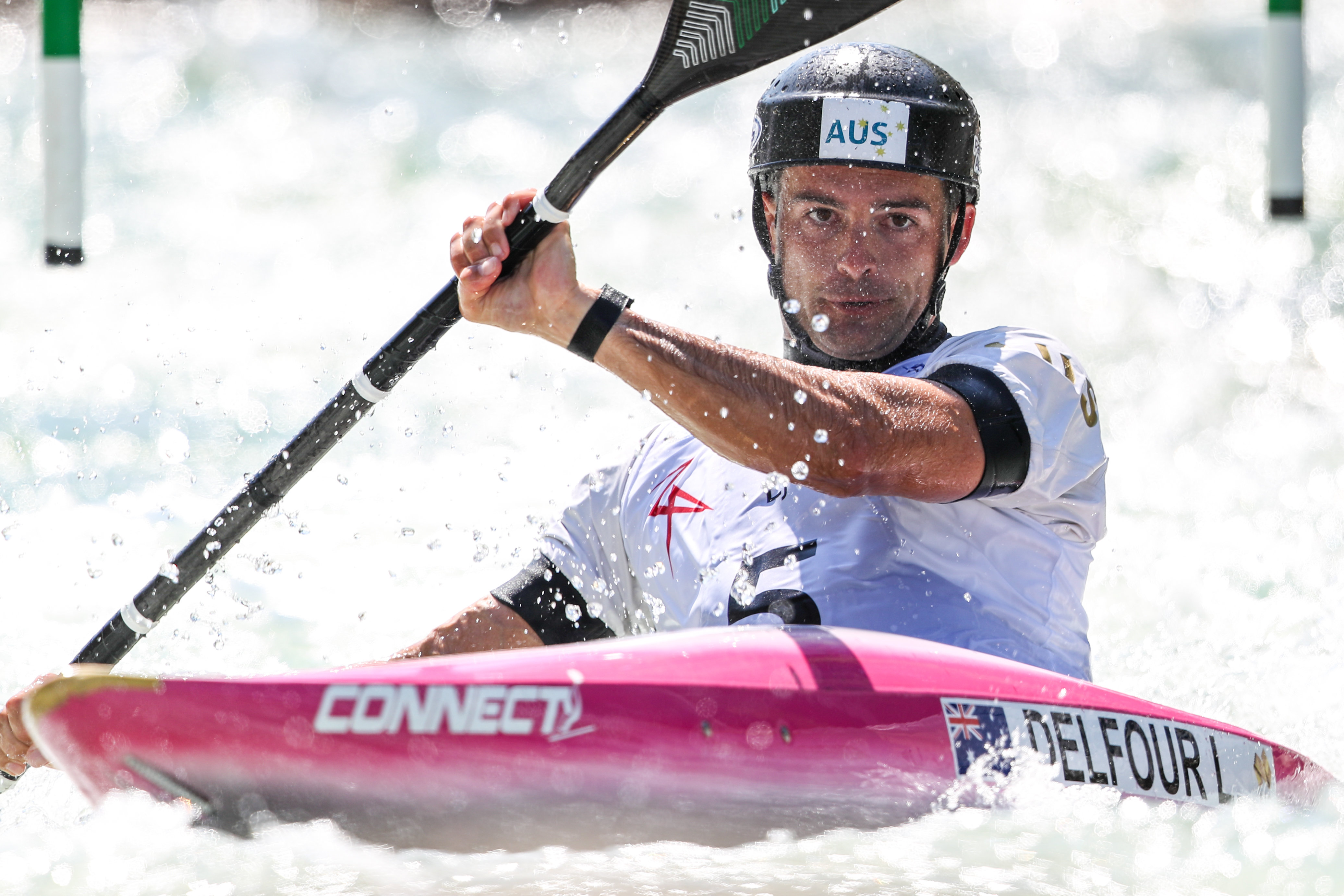 Racing at the world championships will start with the canoe slalom team events on Wednesday, 25 September 2019. The Olympic individual events – with Tokyo 2020 country quota spots on the line – start on Thursday.

The simple equation is that the first 18 countries in K1 events and first 11 countries in C1 events will qualify for Tokyo in La Seu. But only one boat can qualify from each country, so should for example all three Australian athletes finish inside the top 18 in any of the classes, Australia will earn only one place in that class.

This means the boats that finish 19th and 20th will then qualify, and so on until 18 boats from 18 different countries are through to Tokyo. 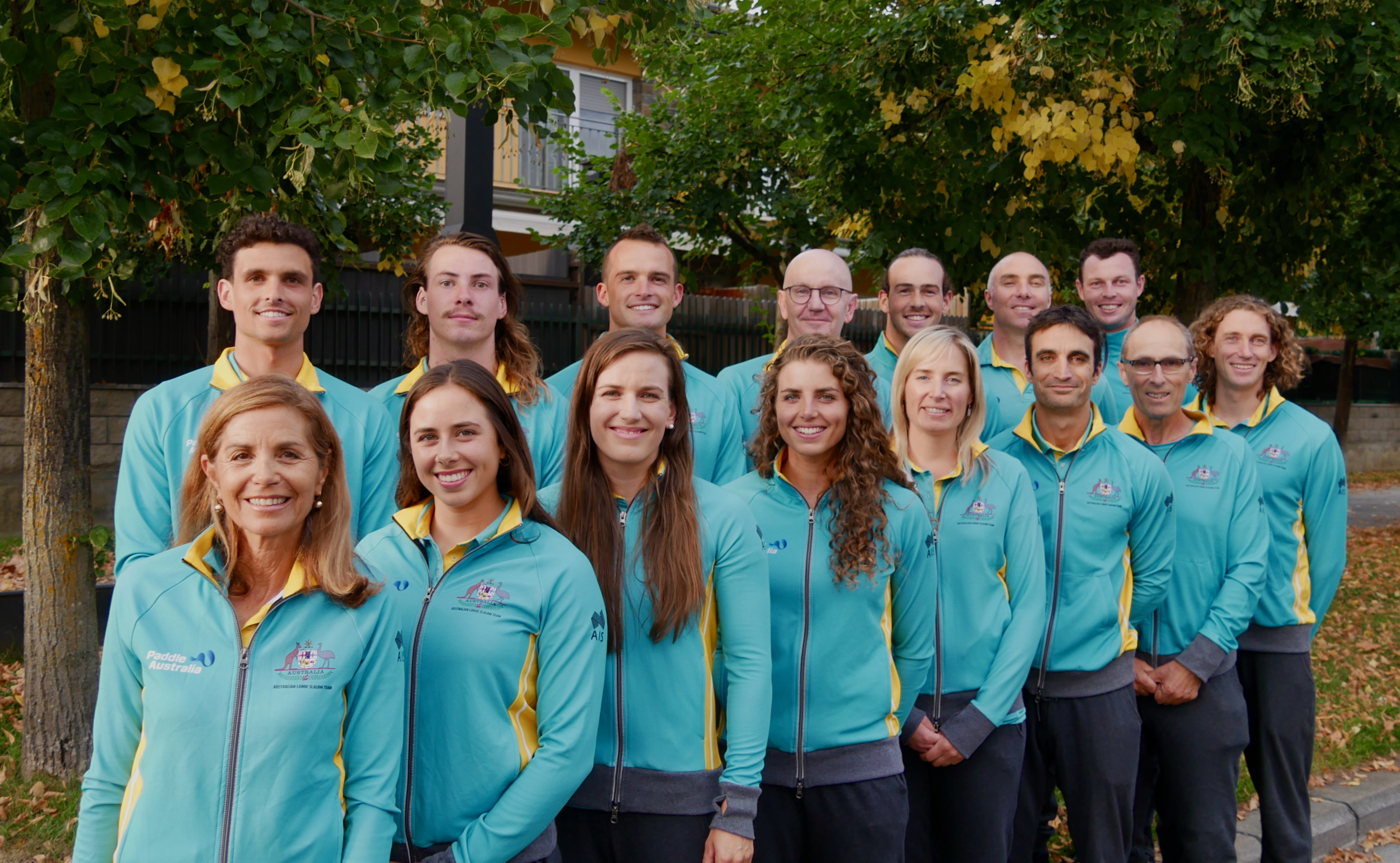 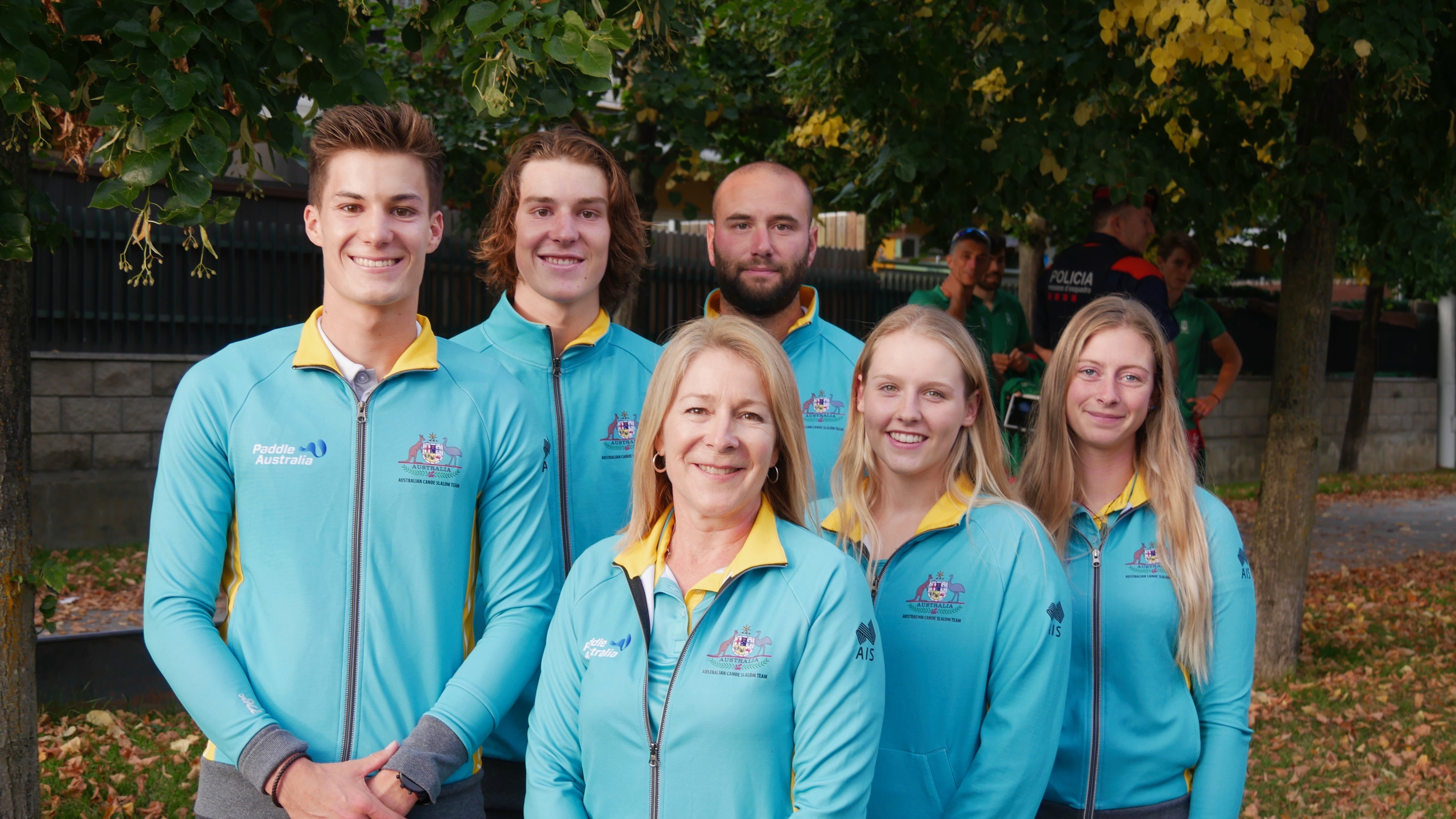