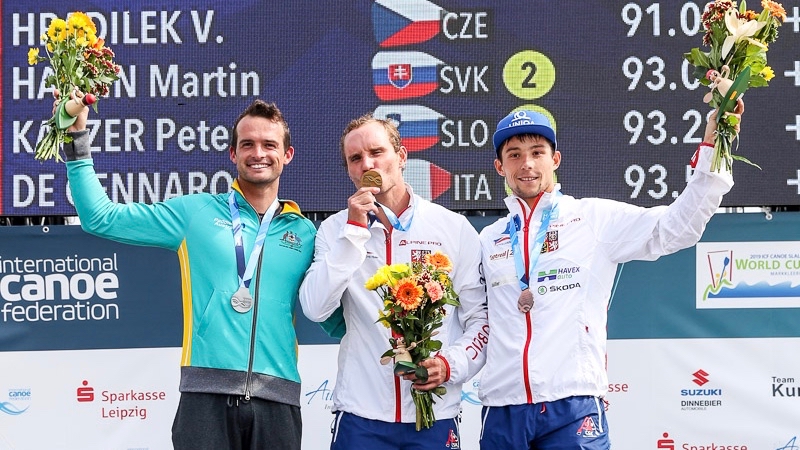 Lucien Delfour recorded his best result of 2019 with a silver, while a gate touch kept Jessica Fox out of a gold, on the final day of competition at the ICF canoe slalom world cup in Markkleeberg on Sunday. Tasmanian Kate Eckhardt also made the women’s C1 final and finished ninth.

Rio Olympian Lucien Delfour (NSW) backed up his strong K1 heat on Saturday with another solid performance on Sunday, qualifying fastest for the ten-men final, and then ripping down to post another lightning fast time to lock away the silver. Only Czech Vit Prindis could go faster.

“There are so many good athletes competing today, so it is really good to be on the podium,” Delfour said.

“I am just a bit disappointed that I couldn’t win today, I’ve got a type of silver medal membership in world cups. But overall it was a good weekend.

“In the semis I felt really confident, I just felt connected with the water. In the final I think I ran out of juice a little bit half-way down, but managed to keep it together.

“But I guess it is one of my best races for sure.” Dual Olympian and defending world champion Jessica Fox (NSW) took silver in the women’s K1 on Saturday, and then too the C1 bronze on Sunday. Fox picked up an early gate touch, which ultimately left her with the bronze medal, just 0.16 of a second away from Spain’s Nuria Vilarrubla in the gold medal position.

“I’m really happy to have been on the podium twice this weekend, it was an incredible race in the C1 women,” Fox said.

“It was probably the tightest final we’ve ever seen. The quality was really good. A couple of years ago we weren’t allowed to do a couple of the gates, so this year we’ve proved just how good we can be.

“I had a few issues with gate one this weekend. Without the touch it was a fast time, and considering there was 0.16 between the top three, I’m happy to be on the podium with a touch.” 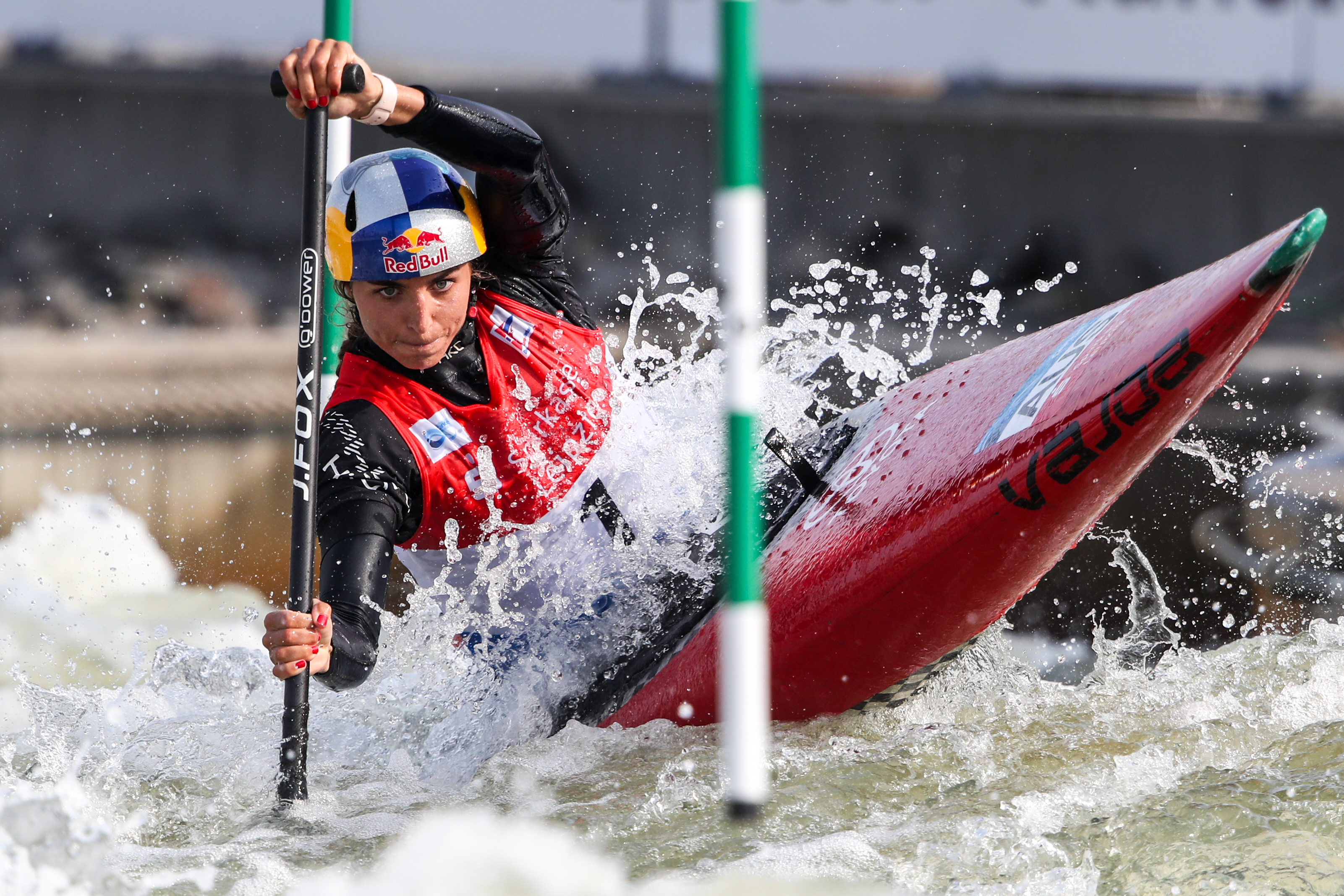 There were other good performances from the Australian team on Sunday.

U23 paddler Kate Eckhardt qualified for just her second C1 final, and finished ninth with a gate touch.

“It’s the end of my international season this year and I’m really happy to finish the season off with a final,” the Tasmanian said.

“I felt really good on the water today and really pushed hard. I was a bit dissapointed with my performance in the final because I had a couple of mistakes and a touch which was frustrating but it was a really exciting final and everyone paddled so well and I was so happy to be a part of it,” the Tasmanian said. 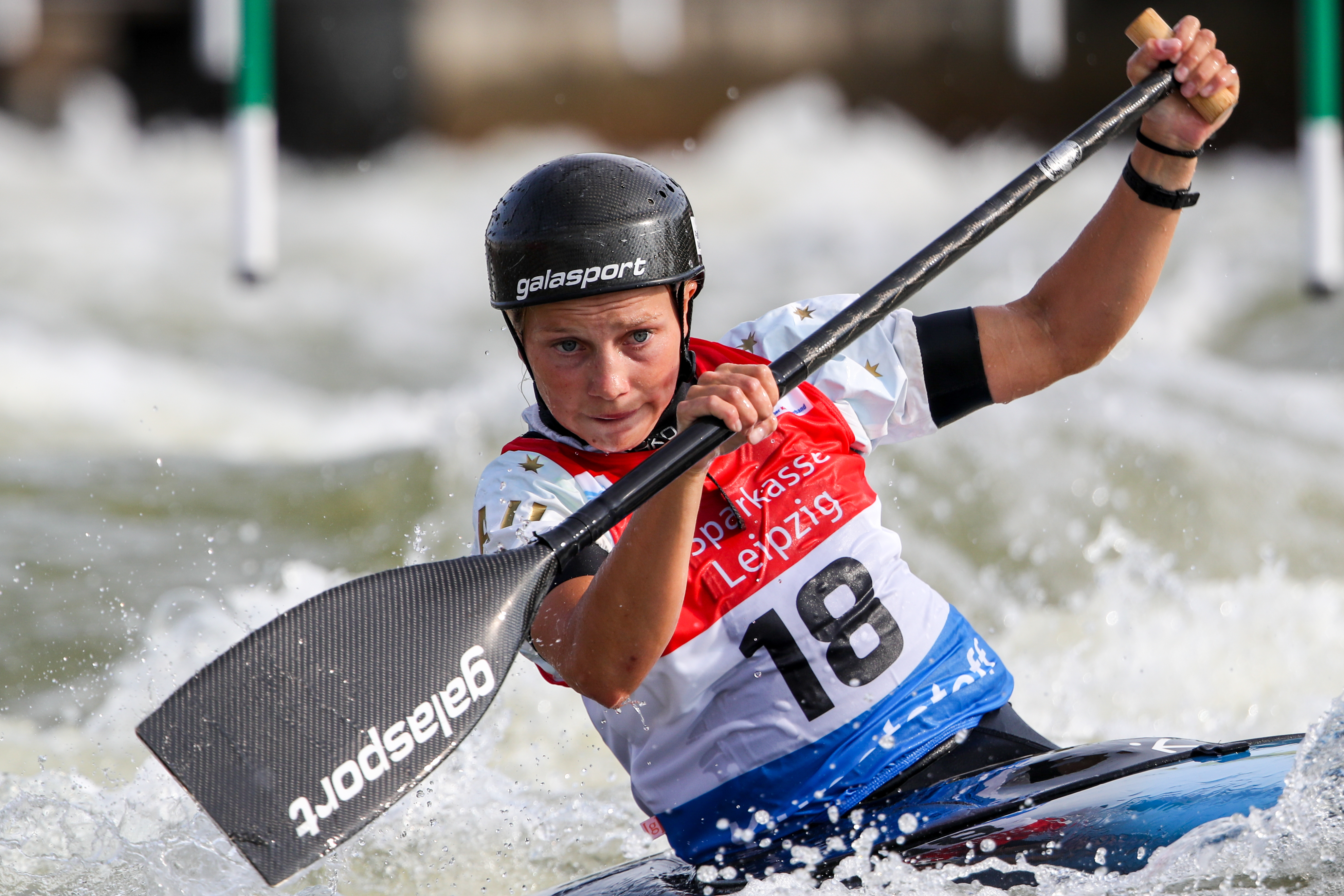 In the men’s K1, Benjamin Pope (WA) posted a quick semi-final, but picked up two gate touches to slip him down to 27thplace. Angus Thompson(NSW) finished 31stwith a gate touch.

The Australian team now heads to Prague for next weekend’s World Cup final.