Jessica Fox and Lucien Delfour have starred on a strong opening day for the Australian team at the fourth ICF canoe slalom world cup in Markkleeberg, Germany.

Fox (NSW) was quickest qualifier in the women’s C1 and second fastest in the K1, while Delfour (NSW) set the second quickest time in the men’s K1.

But both Noemie Fox and Eckhardt missed the semi-finals of the K1.

In the men’s C1, Tristan Carter (VIC) and Brodie Crawford (WA) both relied on solid second runs to get themselves through to the semi-finals, with Ian Borrows (NSW) missing out.

“I’m pretty happy with those runs, my K1 was solid, and in the C1 I didn’t have a great top section but finished off really nicely at the bottom and had some great feeling all the way down,” Fox said.

“We were here in 2017, and the course has changed a little bit since then, but I like it. The Germans are very good here, so its been nice watching some of them and learning from them.”

Delfour had a slow start to his K1 heat run, but flew home over the bottom section of the course to post the second fastest time.

“It’s been a good day for me, I was quite pleased with the run, I suppose I went a bit faster than I expected,” Delfour said.

“I felt comfortable on the water, felt pretty good, made a couple of minor mistakes, but was pretty quick overall.”

The big run of the day came from Ben Pope in the men’s K1, putting down an error-free heat which saw him qualify 13thfastest for the semi-finals.

“I’ve done a few smaller races, and I’ve raced well in those, so I’m pretty happy to come to the world stage and put down what I’ve been down elsewhere,” Pope said.

“After a run like that I’m feeling a lot better, that’s for sure. I really feel like I can put down what I know I’ve been able to do. In the past I haven’t quite been able to do that, but I can do it now.” 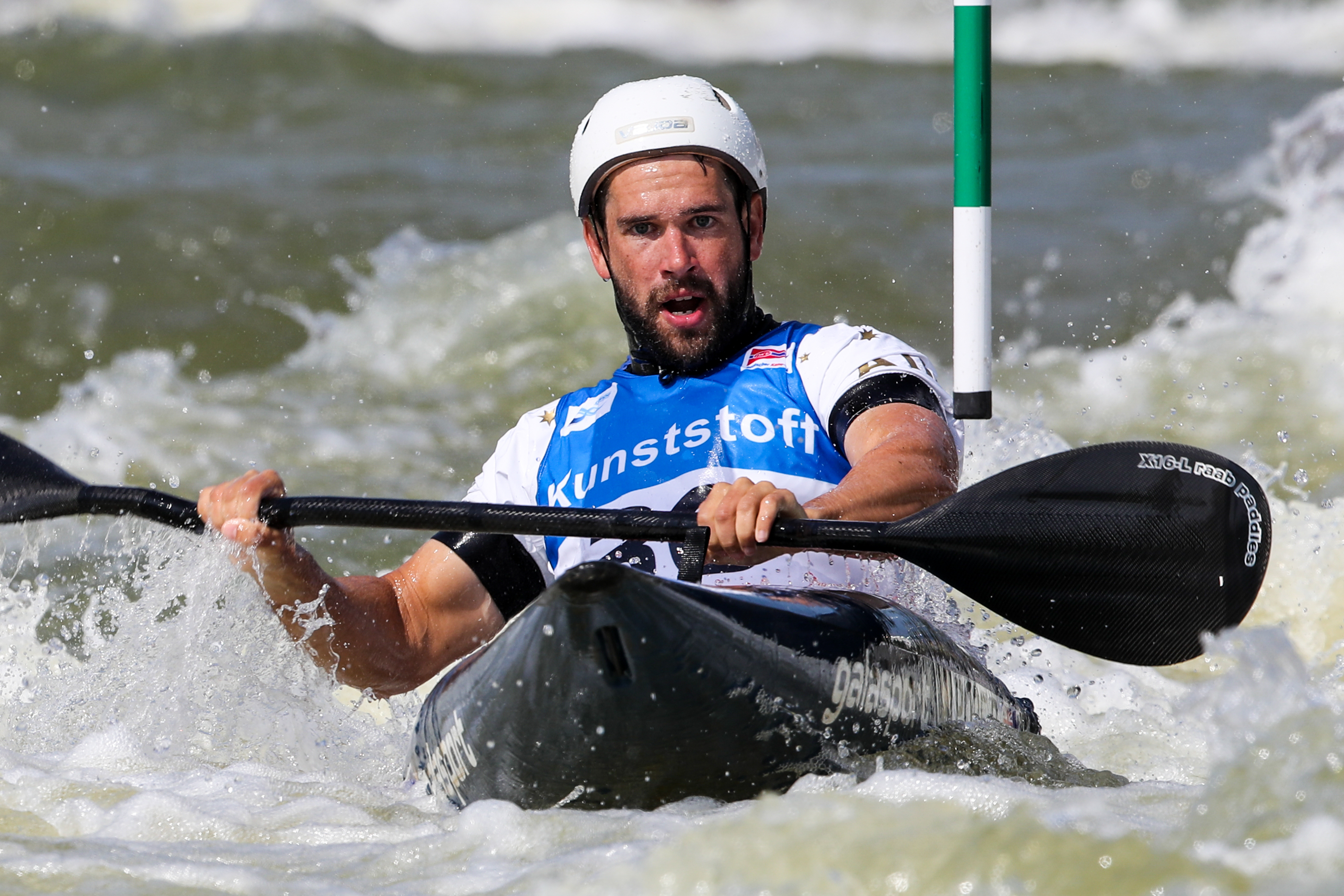 Angus Thompson had a long, nervous wait before confirming he was into the semi-finals in the last position available on the first run.

“For a long time I didn’t think I was through, but then someone let me know that I still had a chance,” Thompson said.

“My run felt good, but I knew I could go a little bit faster, but it felt solid and I knew I’d be around that bubble. I’m just relieved to be on the good side.” 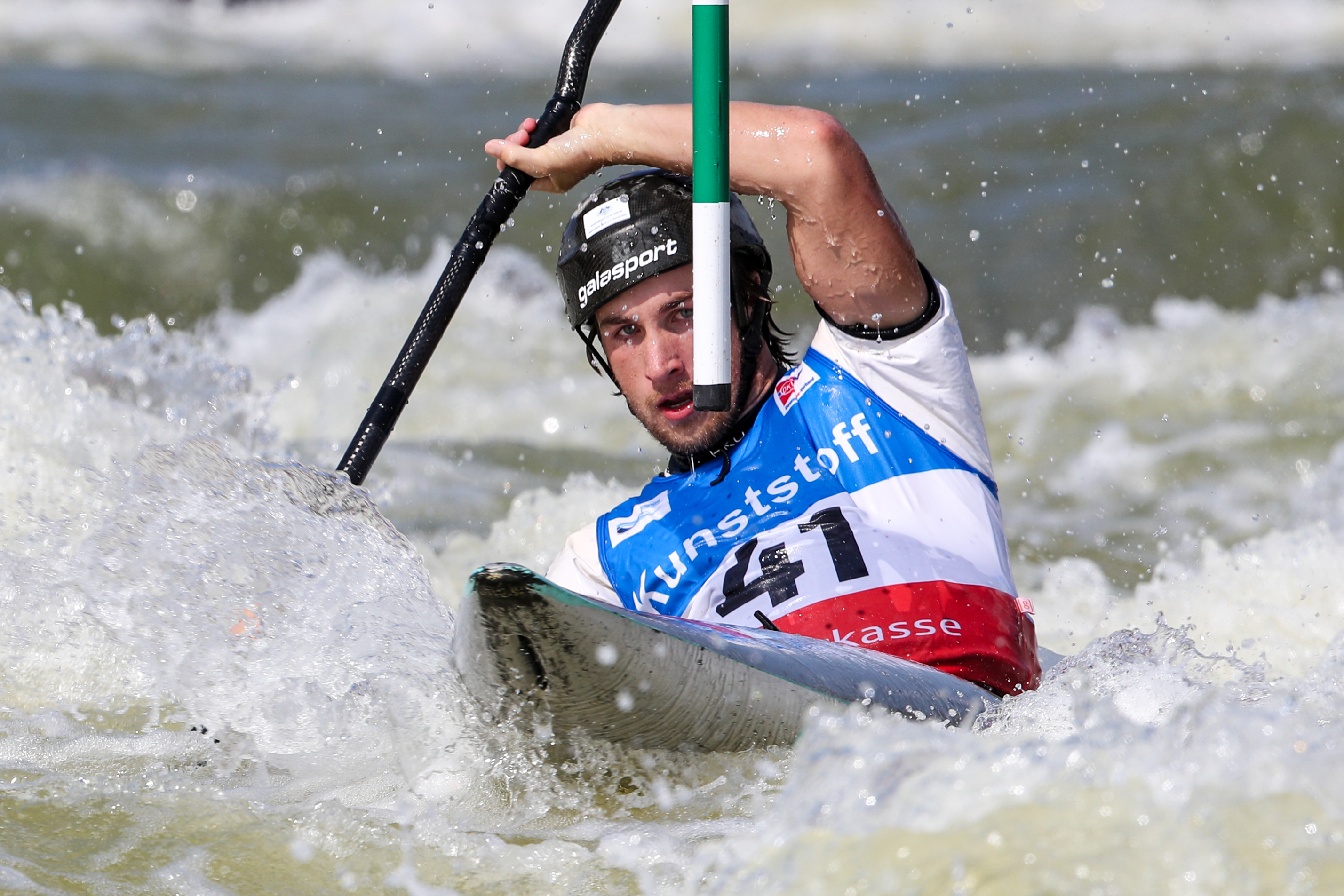 Brodie Crawford and Tristan Carter found themselves doing second runs in the men’s C1 after making small mistakes on their first outing. Both looked far more polished second time round and will contest Saturday morning’s semi-final.

“The course was pretty difficult, and I just stuffed up one of those moves on the first run,” Crawford said.

“I knew if I fixed that, I would have quite a lot of time made up. Its been a while since I’ve done a big event, so I’ve been getting a lot of learning and training done.

“I’m feeling pretty good coming into this, pretty stoked to be in the semi, and now I’ve just got to go for it. I’ve got nothing to lose.”

The fourth ICF canoe slalom world cup continues on Saturday, with finals in the men’s C1 and the women’s K1.