A bronze medal for Susan Seipel and two more Paralympic quotas locked away were the highlights for the Australian team at the ICF canoe sprint and paracanoe world championships in Szeged, Hungary, on Friday.

Seipel (QLD) added to her silver in the women’s VL2 with a hard-fought bronze in the final of the women’s KL2, and in the process ensured Australia will next year have a representative in the race in which she won Paralympic bronze in 2016.

“I’m really happy to get back on the podium for the kayak, it’s been a few years since I’ve been up there in the kayak,” Seipel said.

“I think we have a really good team right now, and I’m just really enjoying working with everyone. It’s been a really great 12 months.

“I’m so proud to have earned two quotas. It’s so exciting to have that prospect of a Paralympics to work towards, I’m in a great position to build from here.”

Paracanoe teammate and Rio 2016 silver medallist Amanda Reynolds (VIC) finished seventh in the final of the women’s KL3 and also managed to lock away a Paralympic quota.

While Reynolds finished one spot outside of the top six qualifying boats, two British boats in the top six meant that Australia follows as the next highest ranked country to qualify for the Paralympic quota. 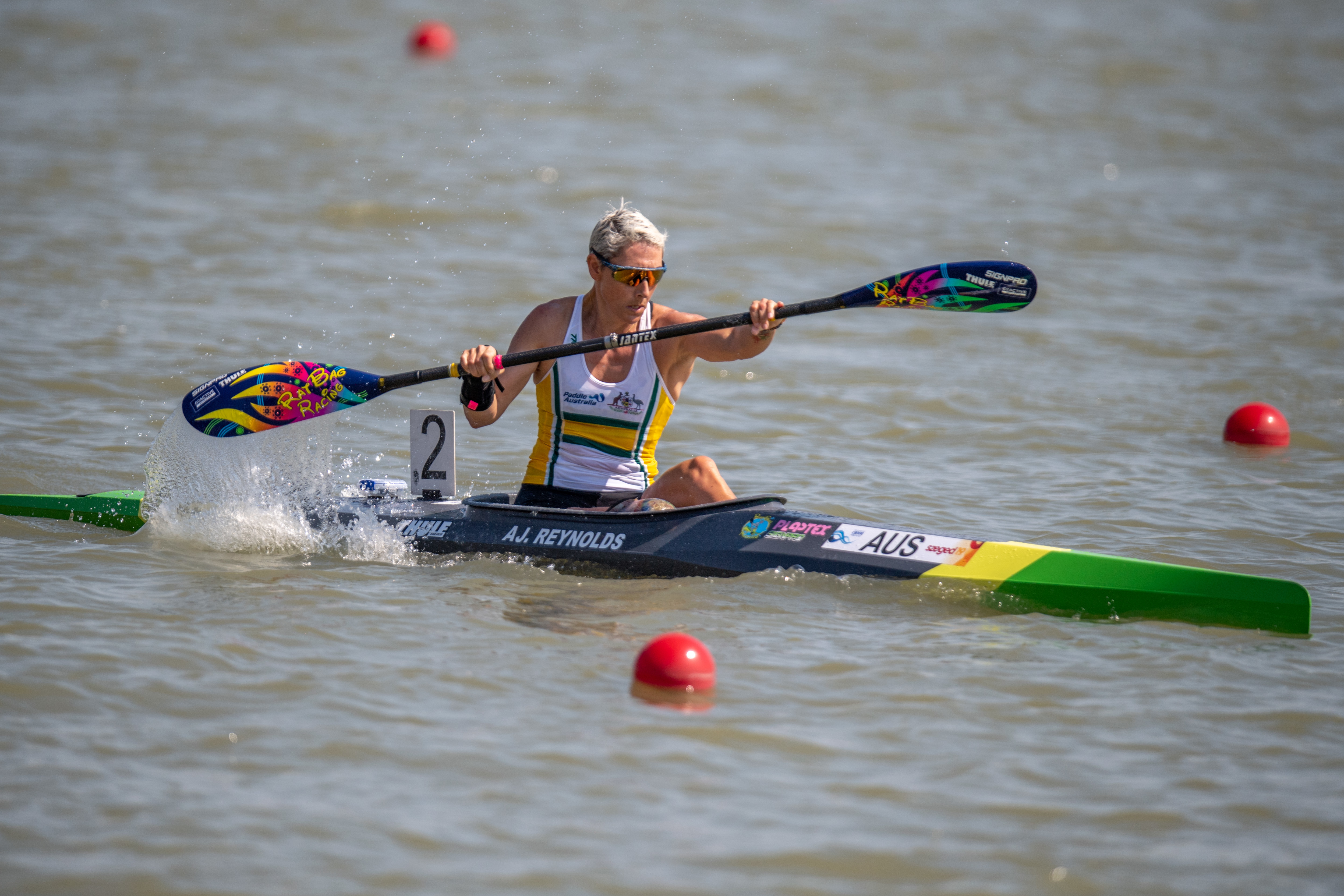 This bring Australia’s current Paralympic quota spots to four with two more A finals to follow on Saturday,

In canoe sprint, Rio Olympians Riley Fitzsimmons (NSW) and Jordan Wood (QLD) were impressive in winning the K2 1000 heat to progress to this weekend’s semi-finals, and Cat McArthur (SA) was fourth in her heat of the K1 500 to also progress to the semis.

20-year old Tom Green (QLD) made the men’s K1 500 final at his second senior world championships where he finished a close fourth, while and Jo Brigden-Jones (NSW) and Jaime Roberts (WA) were eighth in the K2 200 final.

“I think the race was pretty special, to be in a final at the world championships is pretty cool,” Brigden-Jones said.

“Especially to be here in Szeged racing, it’s the home of kayaking. You have to remember those moments and take it all in.” 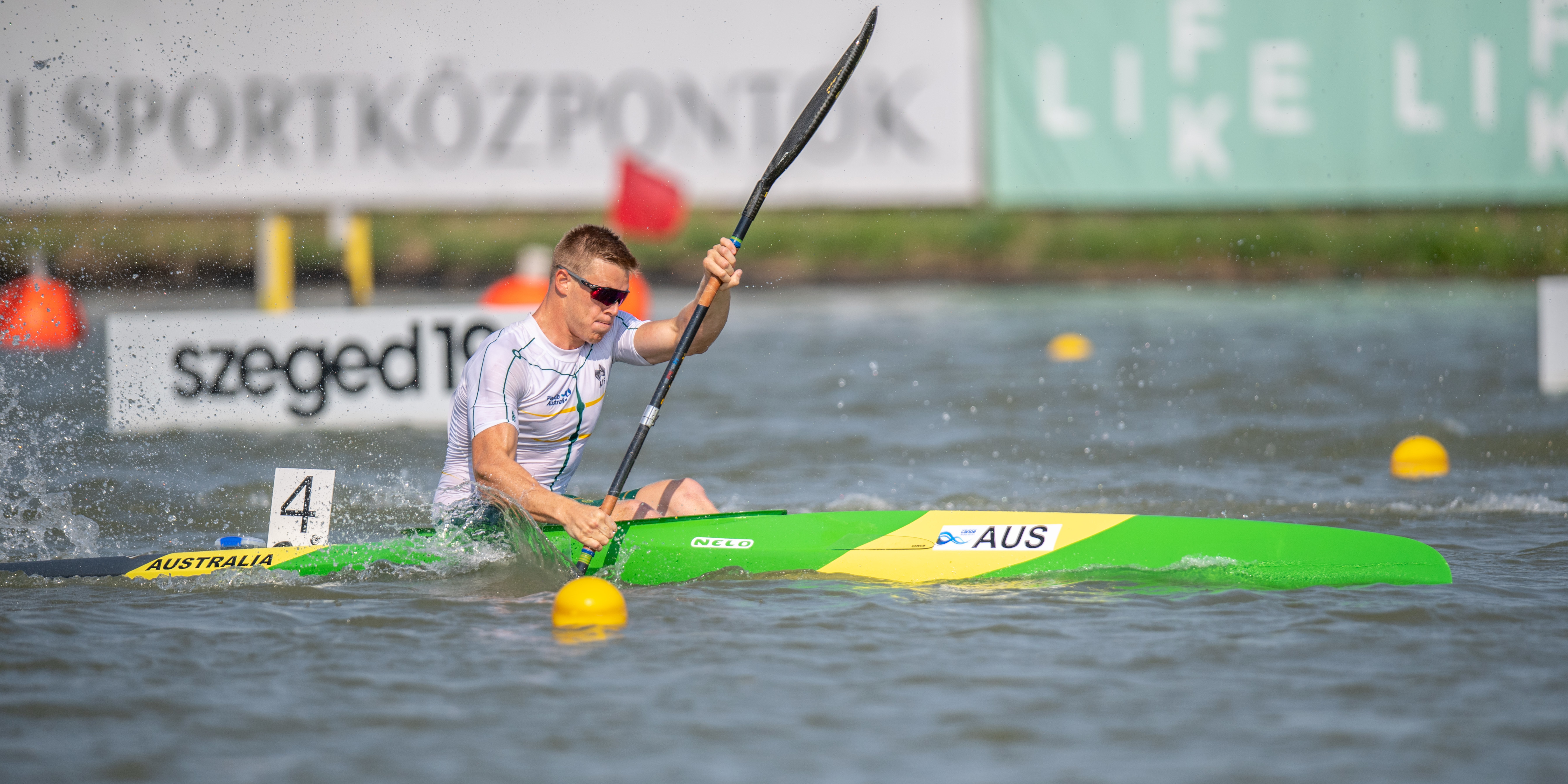 Alyce Burnett (QLD) finished a close sixth in her K1 200 semi to qualify for the B final and was pleased to put in a good race ahead of the K4 500 this weekend.
“The girls in the 200 at the moment are absolutely flying, and that semi was a cracker,” she said.

“When I saw the draw I knew that was going to be a tough one to crack, and I’m not really a 200 paddler anyway, I need an extra 300 metres. But I’m really happy with it, so for me this is really about getting more experience.”

Newcomer to the senior world championships team, Jean van der Westhuyzen (QLD) put everything on the line in his semi-final of the K1 1000 to finish fourth, qualifying for this weekend’s B final.

Racing continues on Saturday, the penultimate day of the world championships with two A-finals for Australia in the paracanoe events (Curtis McGrath, MKL2 and Dylan Littlehales, MKL3).