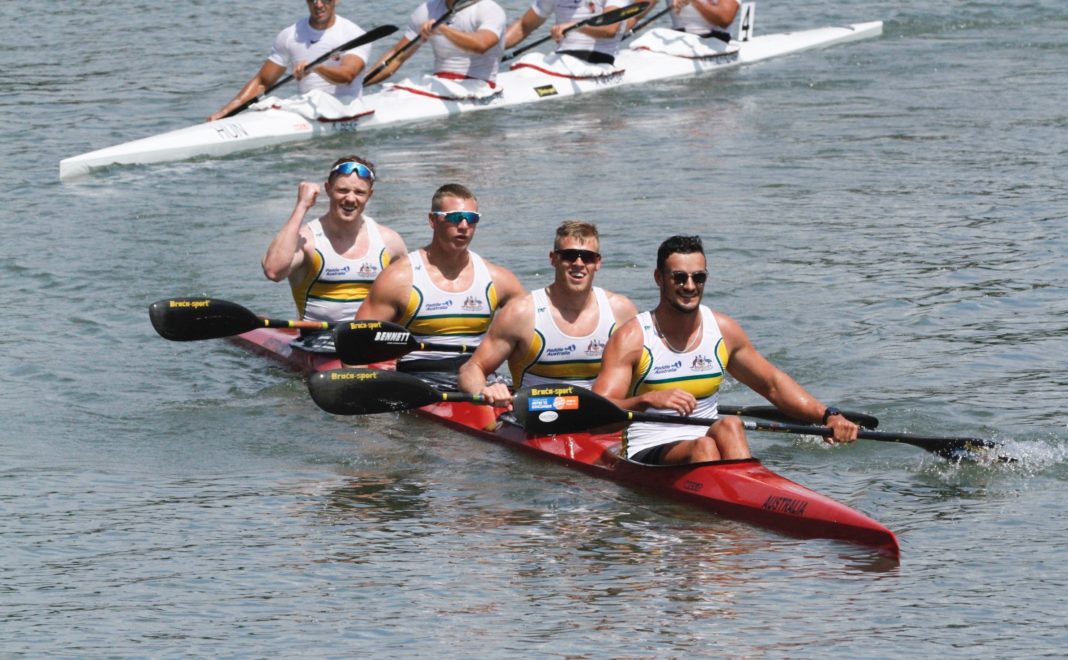 Australia lived up to its pre-event favouritism with a stunning win for its men’s U23 K4 crew on Sunday at the 2019 ICF junior and U23 canoe sprint world championships in Pitesti, Romania.
The team added another gold to Australia’s overall medal tally of two gold medals and one silver medal.

“It was a very special day,” Fitzsimmons said.

“It was just one of those races where everything came together on the day. It was a great last 200 and we managed to hold on.”

It was the perfect finish to the last U23 World Championships for the 23-year old Rio Olympian.

“I’ve had some great memories from u23s and juniors and to cap it off like this is really special.”

With just under one year to go to the Tokyo 2020 Olympic Games, the junior and U23 canoe sprint world championships were a welcome opportunity for Australia’s youngest Olympic aspirants to get some racing under their belt and build confidence ahead of the ICF canoe sprint world championship and Olympic qualification in Szeged, Hungary in a couple of weeks (21-25 August 2019) with all four paddlers part of the senior team as well.

“That was the main goal coming into this regatta, to get the race experience and build the confidence coming into these last couple of weeks to Szeged,” Fitzsimmons said.

“It’s going to be a big regatta for us. We’re going for maximum (Tokyo 2020) quota spots and we’ve just been chasing that the whole time and hopefully we can pull it off.”

The foundations for the Sunday’s victory were laid on Friday, when Green won the U23 K1 1000 gold, and Collins and Westhuyzen picked up the silver in the K2 1000.

“There’s always a lot more butterflies in the K1 than the K4,” Green said.

“I enjoy it a lot more, being successful with the team boats. I was fairly confident during the race that we had that back end, and that we could keep pushing through and we could sustain it.”

Collins, a former AFL player and surfski paddler, is the most inexperienced of the quartet, having only moved into kayaking two years ago. His father, Daniel, is a four-time Olympic kayaker and two-time medallist, and Jackson said he was proud to carry on the family name at an international level.

“We’ve been talking all week, and he’s always telling me that he’s proud of me and that he loves me lots,” he said.

Van der Westhuyzen has joined the Australian team after previously competing for South Africa, and said
“It’s the same book, just a different chapter,” he said.

“It’s been amazing, being part of the Australian team and set-up. We have such an amazing support staff, and such amazing athletes. To go out there with three really amazing guys has been pretty special and truly a pleasure.

“I’m super stoked to share the podium with these guys.” 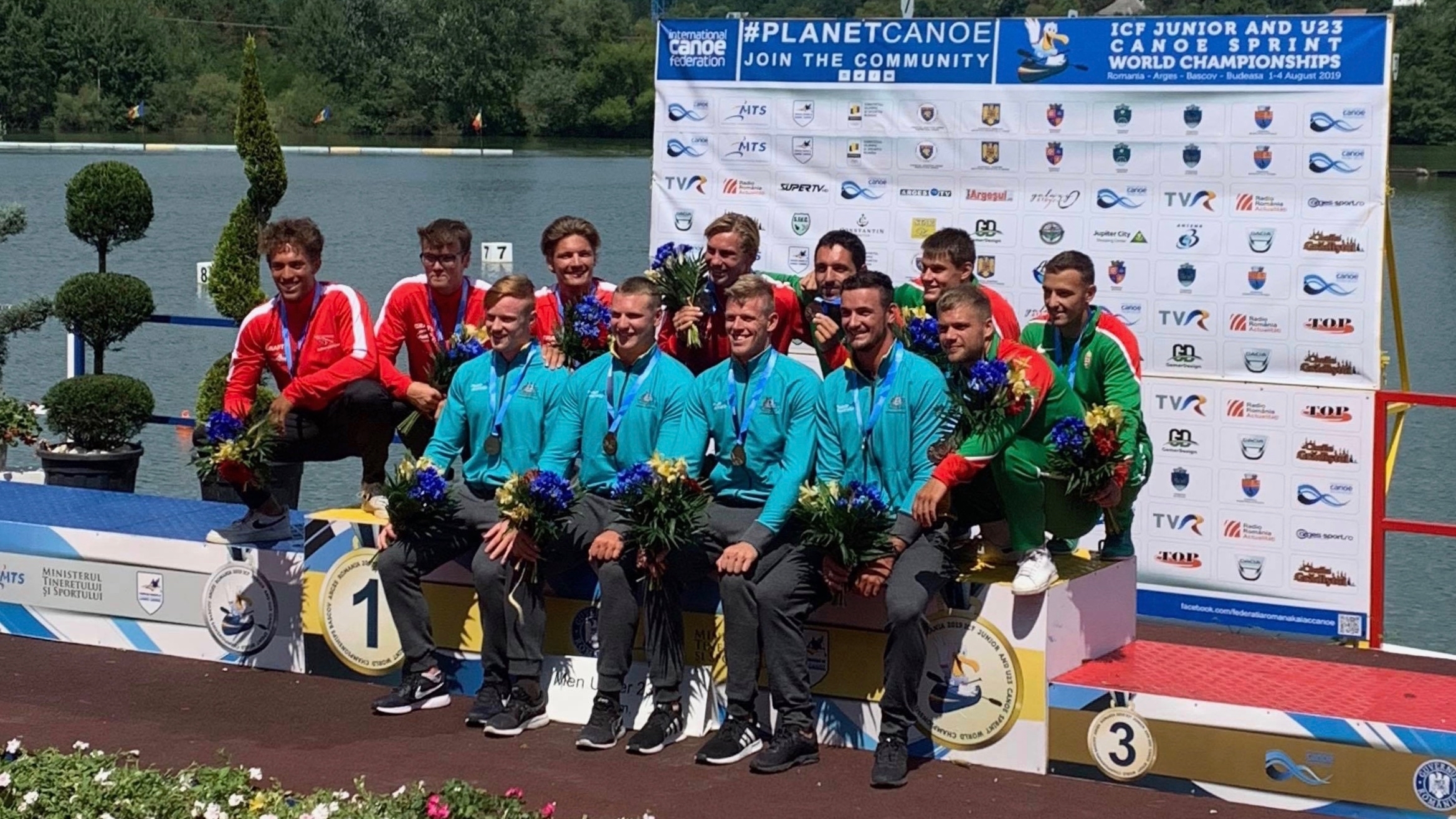 It was the first World Championships in the green and gold for both Collins and van der Westhuyzen.

Catch up on the livestream and VOD on youtube HERE.