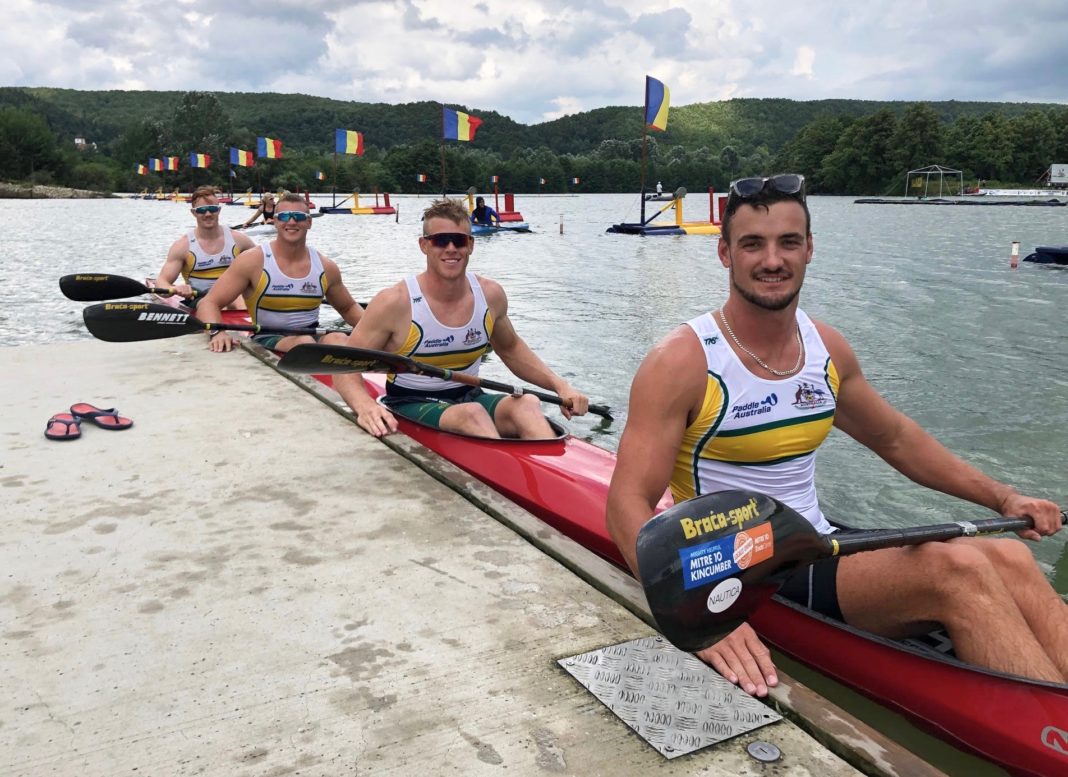 The Australian men’s U23 K4 500 team have shown they are the team to beat after setting the fastest qualifying time in style at the 2019 ICF junior and U23 canoe sprint world championships in Pitesti, Romania, on Saturday.

2016 Olympian Riley Fitzsimmons (NSW) slipped into the front of the boat, alongside Friday’s U23 K1 1000 gold medalist Tom Green (QLD) and K2 1000 silver medalists, Jean van der Westhuyzen and Jackson Collins, and immediately set out to make a statement.

“It’s been really exciting watching the boys race, it feels like they’ve given us the momentum to go on with it now at this regatta,” Fitzsimmons said.

“These guys raced exceptionally well yesterday. It’s really motivating to get into that K4, and I’m really lucky to have these guys pushing me down the course.

“I was actually getting really nervous watching the boys race yesterday.”

Green said he had little time to reflect on his gold medal from 24 hours earlier, but he’s looking forward to a big race in the team boat.

“Pretty well as soon as I got out of the boat, my coach came up and told me I still had one more to go,” he said.

“That was a good race, it felt pretty good, and we’ve still got heaps left in the tank which is pretty good.”

Several other Australians overcame the tough racing conditions on Saturday afternoon to qualify through to Sunday semi-finals, including Brianna Massie (QLD), who looked impressive in booking her place in the K1 U23 women’s 500.

“I felt pretty good, but I don’t think that was my best race,” he said.

“It was super windy, huge headwind, and the first race of the regatta for me, so it was just about making sure I kept the nerves down,” Kelly said.

“It’s been really good getting around and supporting everyone else, but it’s been pretty hard not being able to get out there and at least get one run under my belt. But I’m glad that it’s done now.” 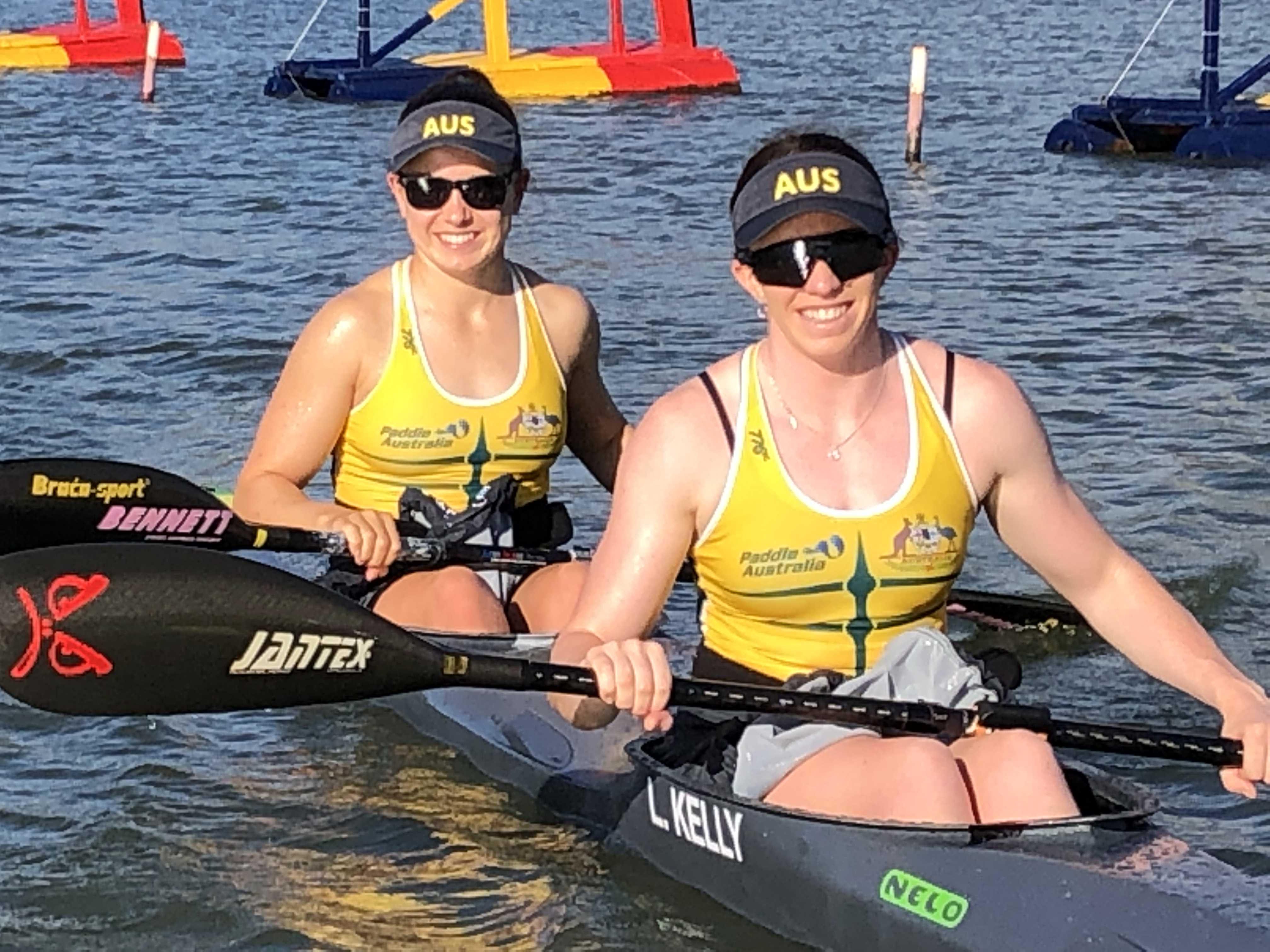 South Australians Charli Smyth and Caitlin Webber missed the semis of the junior K2 500, but have learned a lot from their time with the Australian team.“It was our first competition paddling together in a K2, so it’s a good start,” Webber said.

“It’s been a really good learning experience, and I think we’ve all taken a lot from it. Hopefully we can bring that back for another worlds,” Smyth said.

The 2019 ICF junior and U23 canoe sprint world championships finishes in Romania on Sunday.

Head to www.facebook.com/auspaddleteam for more interviews.