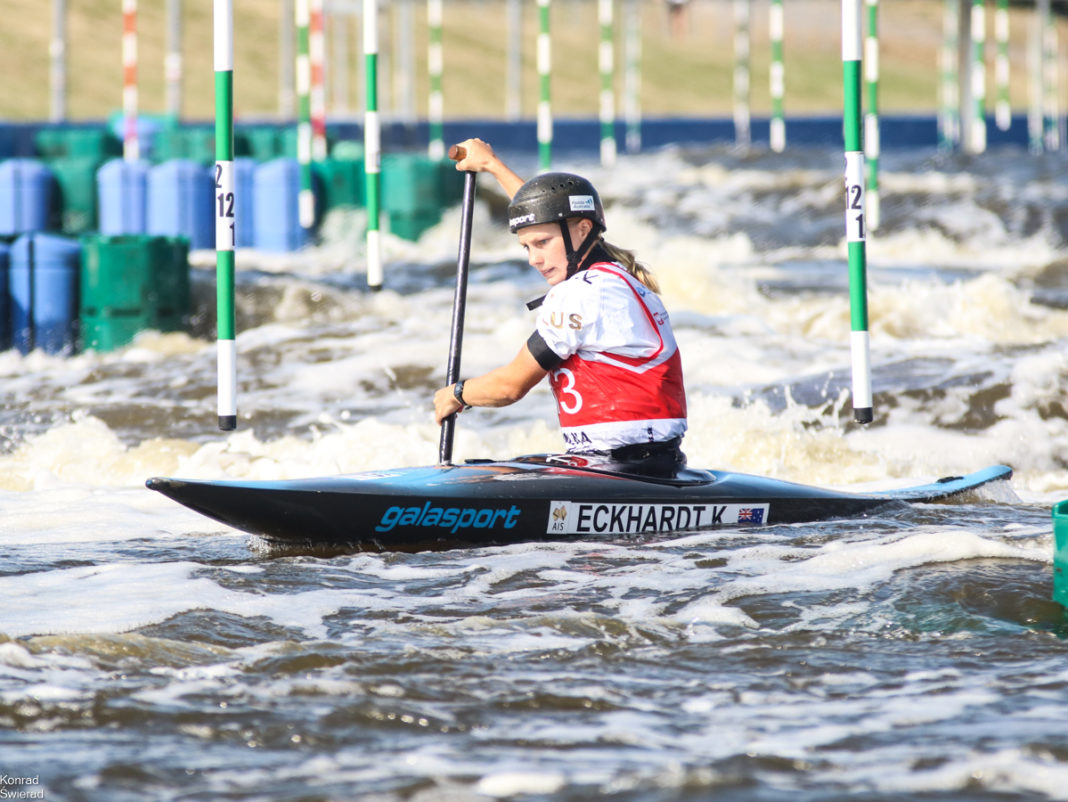 Kate Eckhardt provided the highlight for the Australian team at the 2019 ICF junior and U23 canoe slalom world championships in Krakow, Poland, on Saturday.

Eckhardt qualified fourth fastest for the U23 C1 final, and would have been second quickest if not for a two-second penalty for a gate touch.

“I was really happy with my paddling in general today, I think I really stepped up the pace,” Eckhardt said.

“Unfortunately, a couple of touches kept me off the podium, but generally I’m really happy with the way I’ve been paddling. I’m feeling a lot more confident and definitely feel like I’ve improved from last year.

“Next year will be really exciting, especially on one of my favourite courses in Tacen.”

Eckhardt said she had learned a lot from this week, and revealed she had been battling a shoulder injury during the competition.

“Every race like this is a massive learning experience, I’m definitely going to take a lot away from this week,” she said.

“I didn’t have the best lead-in, with actually hurting my shoulder about three days before the race started, so I’ve been having physio three times a day to keep that under control.

“So considering that, I was really happy with the way I paddled, even mentally having that at the back of my mind was really hard.”

Teammate Noemie Fox fell agonisingly short of qualifying for the final, a two-second penalty putting her in 11th position, just 0.05 of a second behind the final qualifying spot. 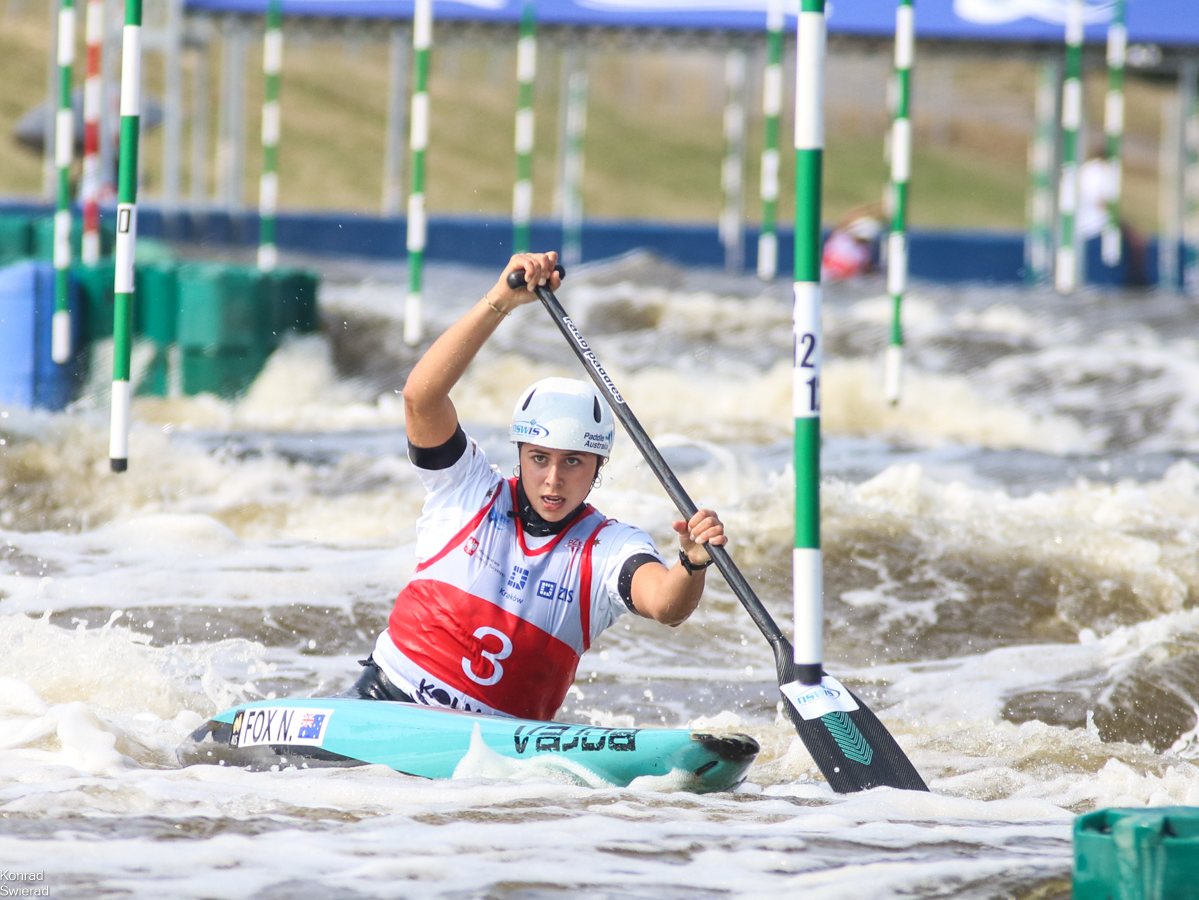 Already on Friday, Fox made the final in the U23 women’s K1 and put in a season’s best result finishing fifth.

Demelza Wall, who like Eckhardt is a Tasmanian Institute of Sport scholarship holder, finished the semi-final in 20th, an improvement on her 22nd from one year ago.

“I think that was one of the most aggressive runs I’ve ever done, so I was really proud of the way I pushed it,” Wall said.

“I just wanted to go out there and attack the semi-final. I wanted to beat last year. I think I’ve improved heaps in the last few months.

“It would be nice if the race result would show that, but either way I’m going home knowing that this trip has been so good and I’ve grown in my confidence and my paddling technically as well.” 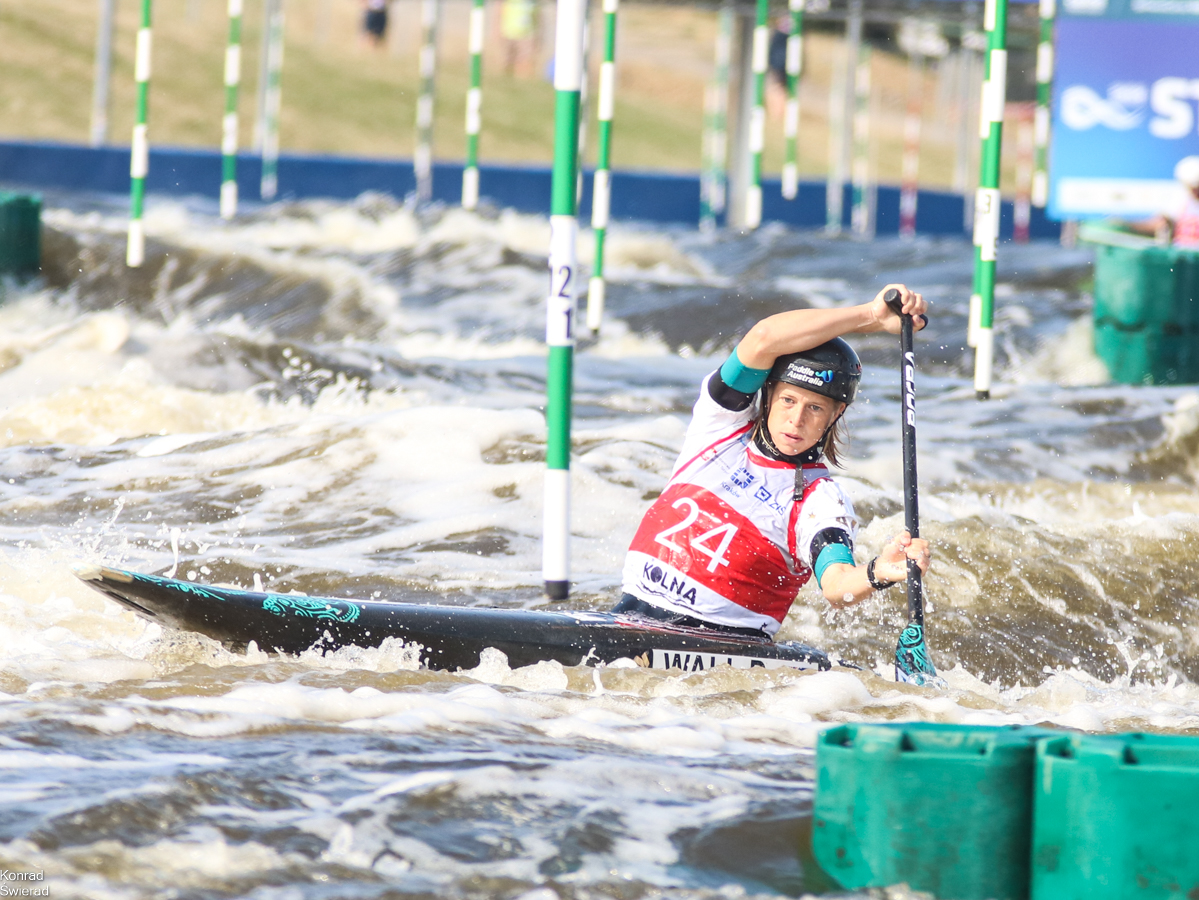 Teammate Joshua Montalto also ran into trouble on the course, his 12 seconds in penalties through six gate touches leaving him in 39th place.

Saturday’s racing was the final day of the Olympic canoe slalom events with racing resuming today, Sunday, with the extreme slalom events.

Athletes interviews can be found on www.facebook.com/auspaddleteam