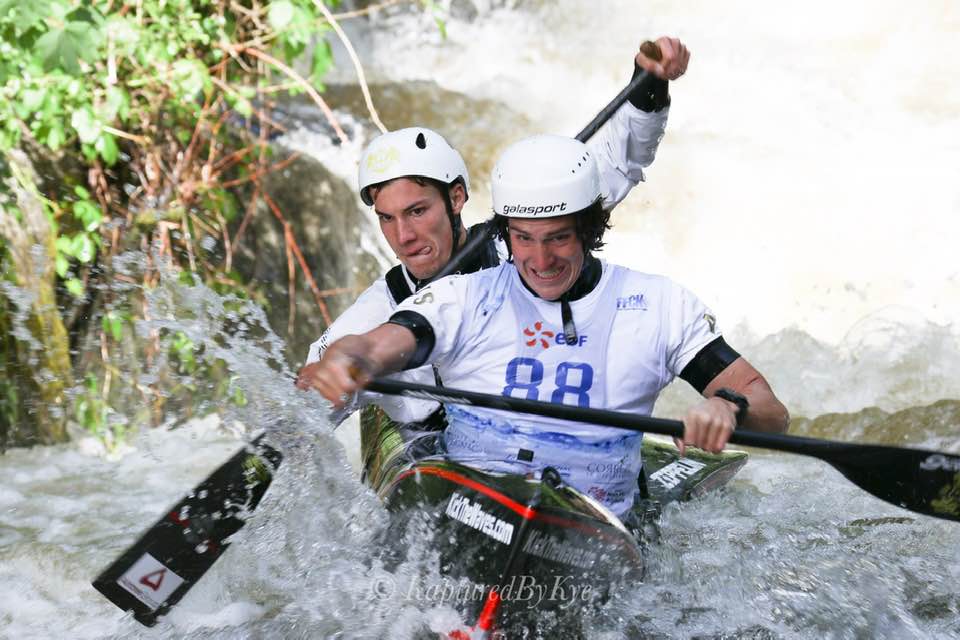 In the men’s K1, no AUS boat made it through to the top 15 final but Alex McIntyre (NSW) was the fastest Aussie in the heats just missing out in 11th place in the second run and finishing 16th overall. “The course was really challenging and technical so it was a really great paddle in the lead in to U23 worlds in July. I was happy with my second qualification run and qualifying into the final in eighth. But unfortunately, I had a few mistakes in my final and ended up in 13th,” K1 paddler Georgina Collin (WA) said.

Team mate Kaylen Bassett agreed, after also making the final in the C2 together with brother Lachlan Bassett (VIC).

“It was a very technical but fun river here in Treignac. Treignac is also going to host the world cup and world champs in a few years’ time, so it’s good that some of those younger paddlers who may be in a future team have experience here.”

“In the C2 we definitely didn’t race well in the classic but with it being the most technical river we have paddled on, I think almost everyone took something away to work on, I know I did.” Kaylen Bassett reflected on the event.

“For the upcoming events we need to focus on exceeding our line and that showed in the sprint as well. I think our final sprint result was solid, especially with this being our first World Cup and after only paddling this boat since Thursday. So, we look forward to putting it together for U23s in a bit over a month’s time.” Junior and U23 Team; to compete at 2019 ICF Junior and U23 Wildwater World Championships to be held in Banja Luka, Bosnia and Herzegovina from the 23rd – 28th July 2019.