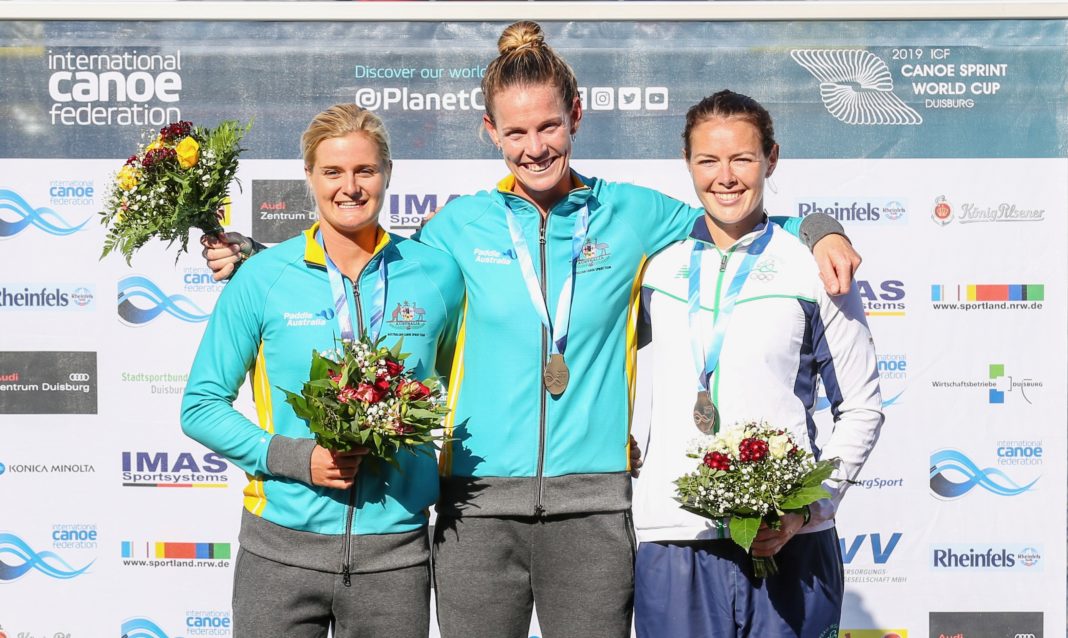 Australia’s canoe sprint paddlers have wrapped up the canoe sprint world cup season with two gold and one silver medal at the second and final ICF Canoe Sprint World Cup in Duisburg, Germany over the weekend.

The Australian Canoe Sprint Team also came away with promising results in the team boats and seven boats in the A-finals, making the most of the opportunity to trial different crew combinations in preparation for the World Championships in Szeged, Hungary at the end of August.

Alyce Burnett and Alyssa Bull made it a golden-silver World Cup finish for Australia, when they took out first and second place in the women’s K1 5000 at the Canoe Sprint World Cup II in Duisburg, Germany on Sunday.

The Rio 2016 K2 Olympians made it a double-podium finish two weekends in a row after also winning gold and silver in the women’s K1 1000 at last week’s World Cup in Poznan, Poland. In Poznan, Bull made the top of podium, while Burnett placed second. This weekend, it was the other way around.

“I was really happy to be able to get the win in at both World Cup 1 and World Cup 2 and make it two from two in my K1 1000 races. To then add another silver and join AB (Alyce Burnett) on the podium again is pretty cool,” Alyssa Bull said.

While Bull was ahead of Burnett in the women’s K1 1000 in Poznan, in the long-distance race in Duisburg on Sunday over 5000m, it was Alyce Burnett, who took an early lead and never gave it up. 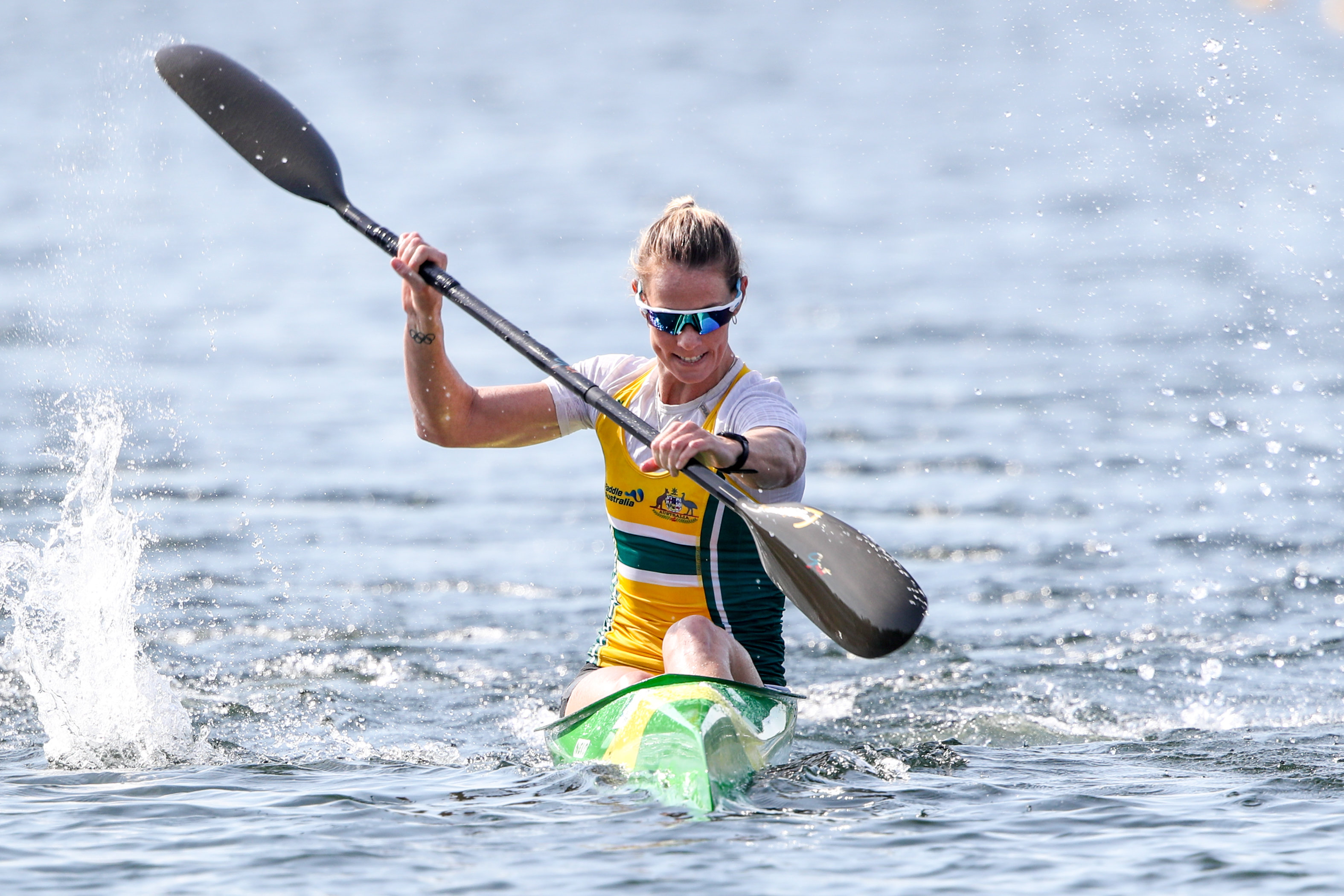 “That was the plan for AB to take it out for the first 500 and then continue for the rest of it, but it all came down to a 200 metres sprint finish. There were a few of us there and AB got the line, but I’m happy to take the second, absolutely stoked. One, two, I couldn’t be happier,” Alyssa Bull said.

“It was a really fun race and it’s always good to do it with Bully (Alyssa Bull). Bully put her hand up first to do the 5k and I couldn’t let her do it without me. And as she said, one, two is pretty cool and unlike last week in the 1000 we flipped it around for the 5k,” Burnett laughed.

“Any world cup medal is a good medal, especially when racing against the best paddlers in the world. Above all, it’s just good to get out there and have a race with your mate,” Burnett added.

Earlier in the day, the pair had kicked-off the final day of racing in the Olympic events with a strong second place in the semi-final of the women’s K4 500. This catapulted the crew of Cat McArthur (SA), Jaime Roberts (WA), Alyce Burnett (QLD) and Alyssa Bull (QLD) into the A-final, where they finished sixth. 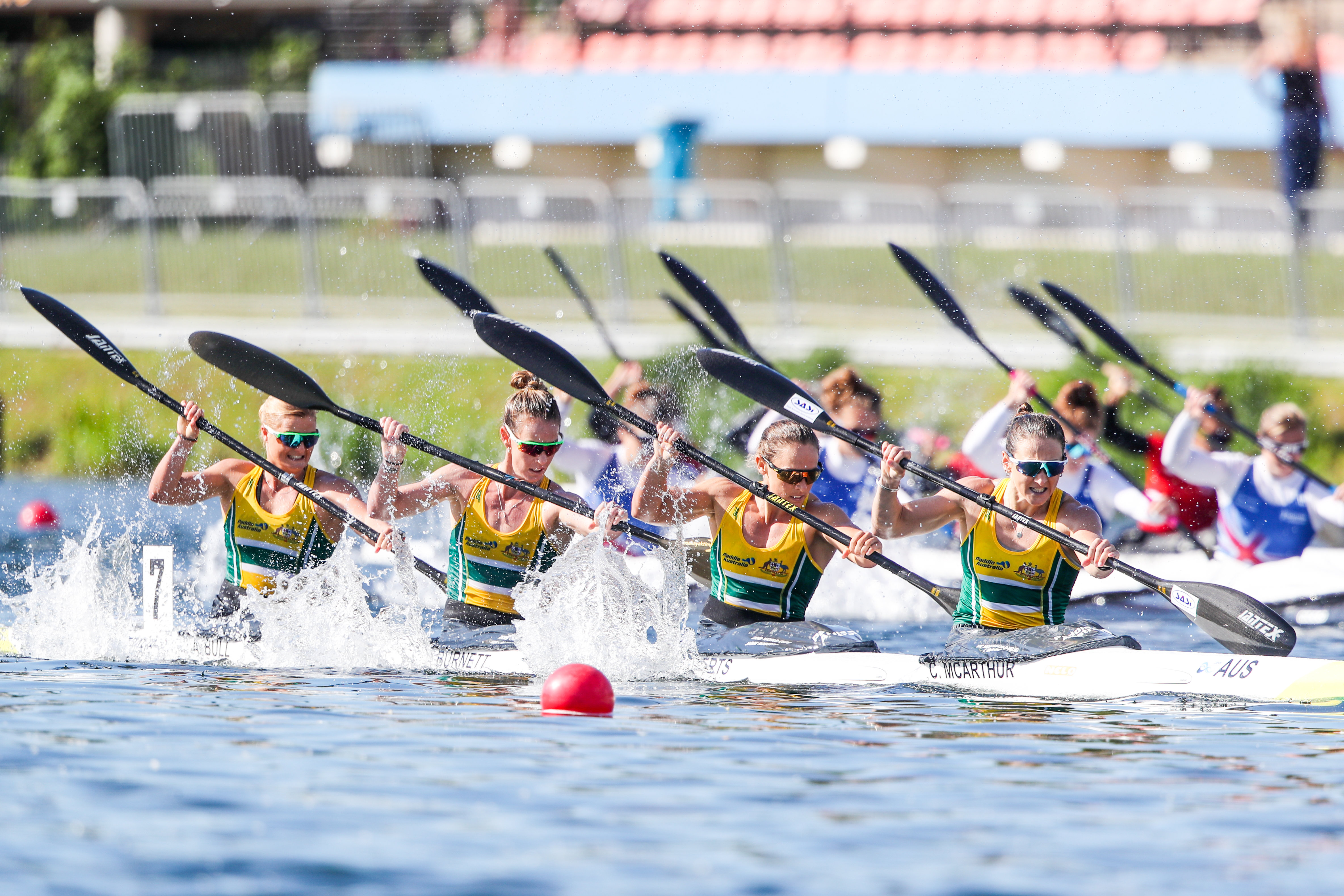 “We are definitely happy to be in the A final after not being there last weekend. This weekend we improved each race and that’s a positive to take from it. Sixth is still sixth but I think you got to look at the positives as well,” Cat McArthur said.

Jaime Roberts replaced Jo Brigden-Jones in the K4 this weekend, with the Western Australian making the most of the opportunity.

“I jumped into seat two this weekend and I thought let’s get out from the start and give it some gas and I think we executed that the best we could. We put our best foot forward and I’m pretty happy with how we went.”

With the first Olympic qualification coming up in August at the Canoe Sprint World Championships, the Australian team made the most of the World Cup season to trial some different crew combinations with the K4 a priority.

“Obviously come August it’s Olympic qualification and the top ten boats will make it. So, placing sixth this weekend is good but a few top crews were missing and I think we still have a lot to improve on. Everyone steps it up again come August, come world champs so we can’t be complacent that’s for sure. I think we now need to go back to training and try a few things and really improve on the base that we’ve got now and hopefully come August we’ll be right up there,” Alyce Burnett said about the task at hand.

Making the most of the next twelve weeks is also the main goal for Rio Olympians Riley Fitzsimmons (NSW) and Jordan Wood (QLD) who made it through to the A-final in the men’s K2 1000 where they finished sixth, after sitting in a medal position for most of the race. 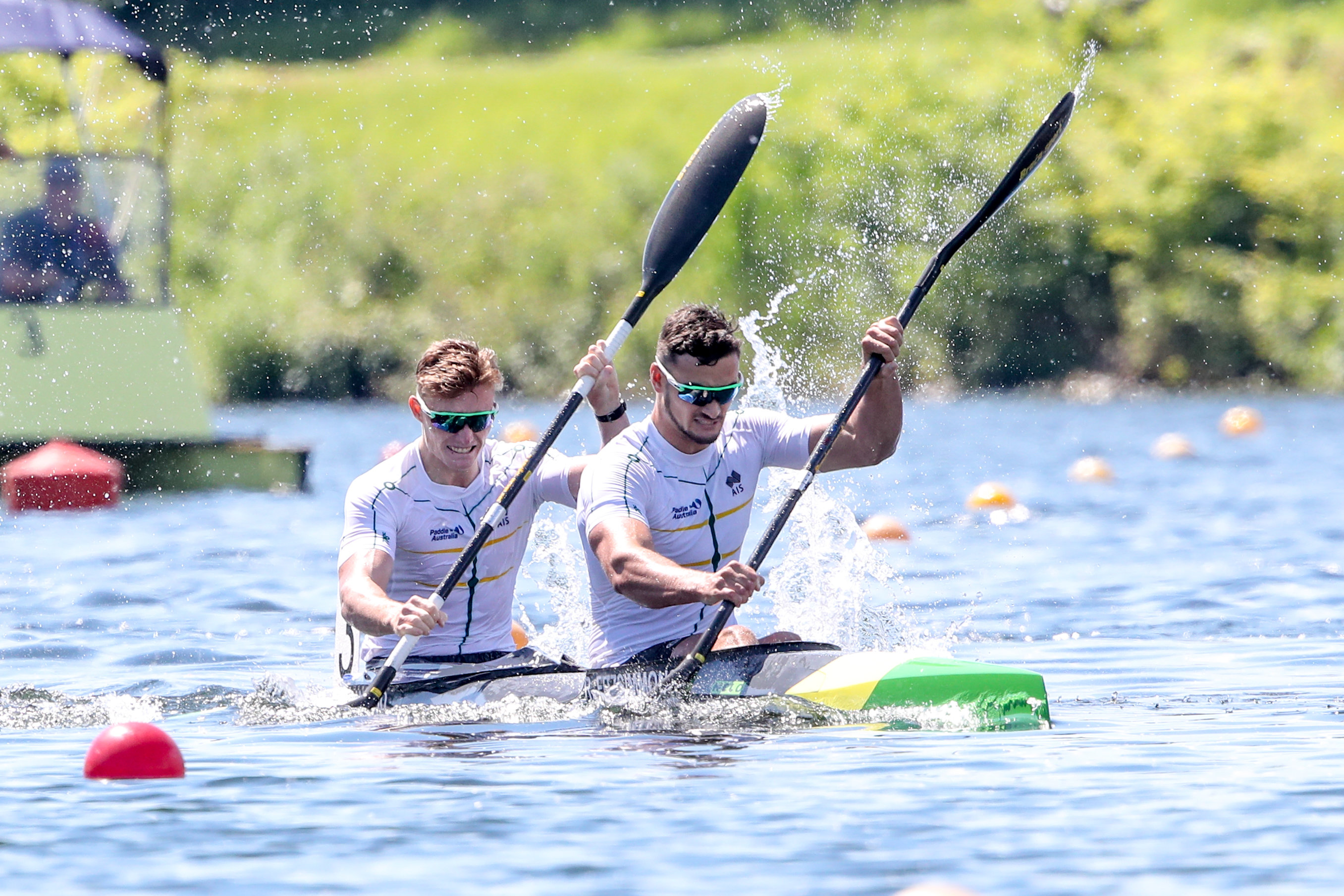 “We fought really hard today and it was a massive improvement to last week even though it’s the same result. We’ve got 12 weeks now to pick-up 2.5 seconds and that’s a lot better than last week when I think the Germans beat us by four seconds. But we are trying to improve each week and I’m sure it will come.

“We are hungry and motivated now. Come the World Champs it will be about the top six for the quota spots, but we don’t just want to be top six, we want to be on the podium. It’s a sixth place today but we will hopefully be a different crew by August,” Fitzsimmons said.

“I think in 12 weeks’ time, we’ll definitely find those last 200, 150 metres. We’re heading into a solid training block at home now before heading back to Europe where we will be aiming to hit good numbers in our K1s and better numbers in our K2s to put us in the best positions come August,” Jordan Wood added.

The World Championships and Olympic qualifying are the focus for all the crews, including the men’s K4, who narrowly missed out on the final by .078sec in a nail-biting semi-final.

As a consequence, the newly formed crew of Lachlan Tame (NSW), Murray Stewart (NSW), Tom Green (QLD) and Jackson Collins (QLD) had to contest the B-final where they finished second. 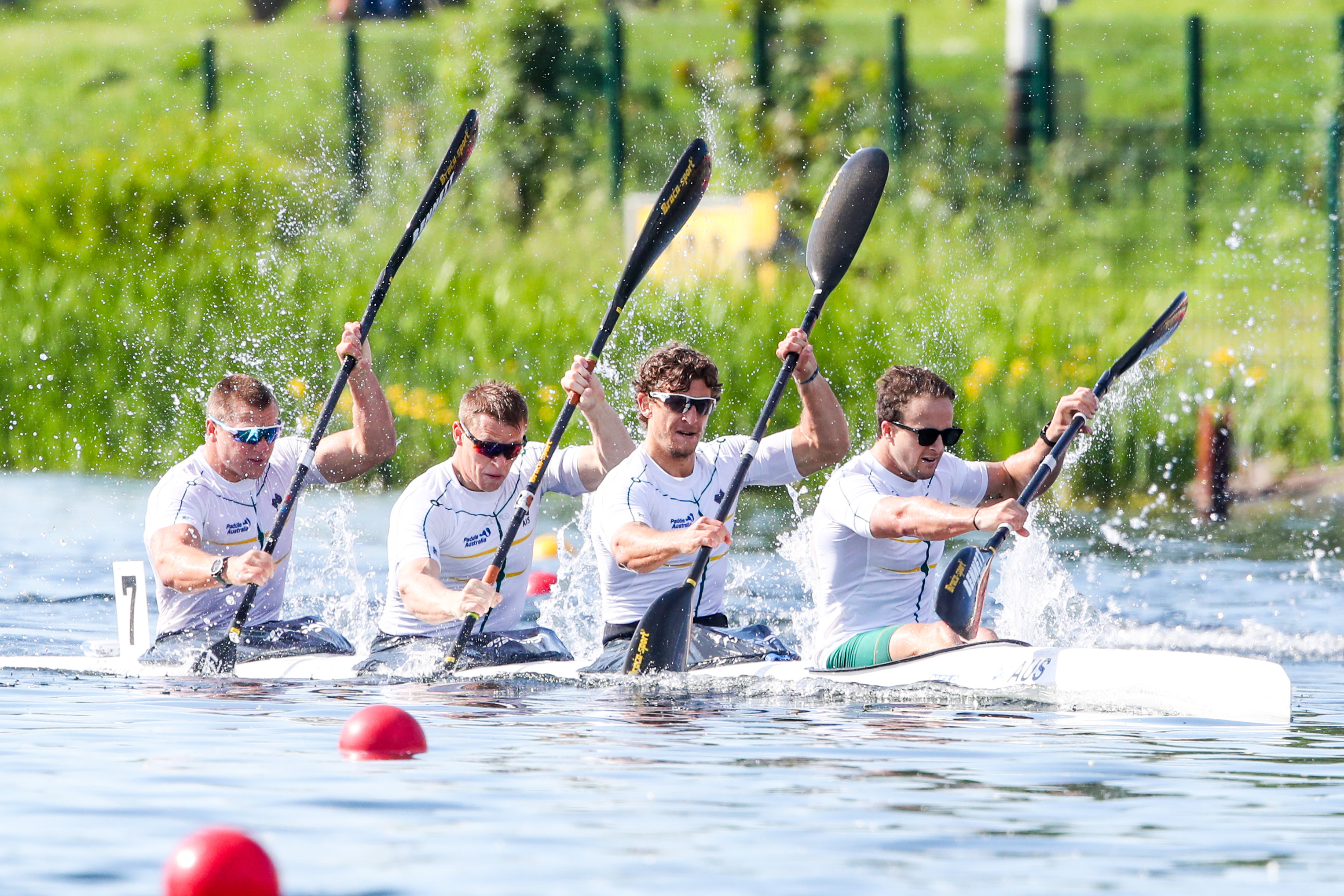 “Of course, we strive for the A-final. There are no excuses but we didn’t quite have what we needed, .078, about a sheet of paper, that’s what was missing but it’s a stepping stone. Who knows what will happen from here but it was good to have a good race with the boys,” Rio bronze medallist Lachlan Tame said, who only joined the crew last week.

“We definitely executed our best race in the semi. That B final was a touch slower and I think we were still stinging a bit from the semi which was less than an hour ago,” London Olympian Murray Stewart said after the final.

About the goals ahead Stewart added, “We are still in the trialling process and no crews have been announced. It’s heading in the right direction but we still have a long way to go to be in the A final and on the podium in the A final which is what we are aiming for.”

The men’s K4 500 will premier at the Tokyo 2020 Olympic Games and the World Cup season was the opportunity to trial both a new boat as well as a new crew combination in preparation for the World Championships end of August, which will be the first decider for the Olympic quota spots.

In other Australian A-final results, newcomer to the team Brianna Massie (QLD) finished sixth in the women’s K2 200 together with London 2012 Olympian Jo Brigden-Jones (NSW) with the pair happy about their first competition together. 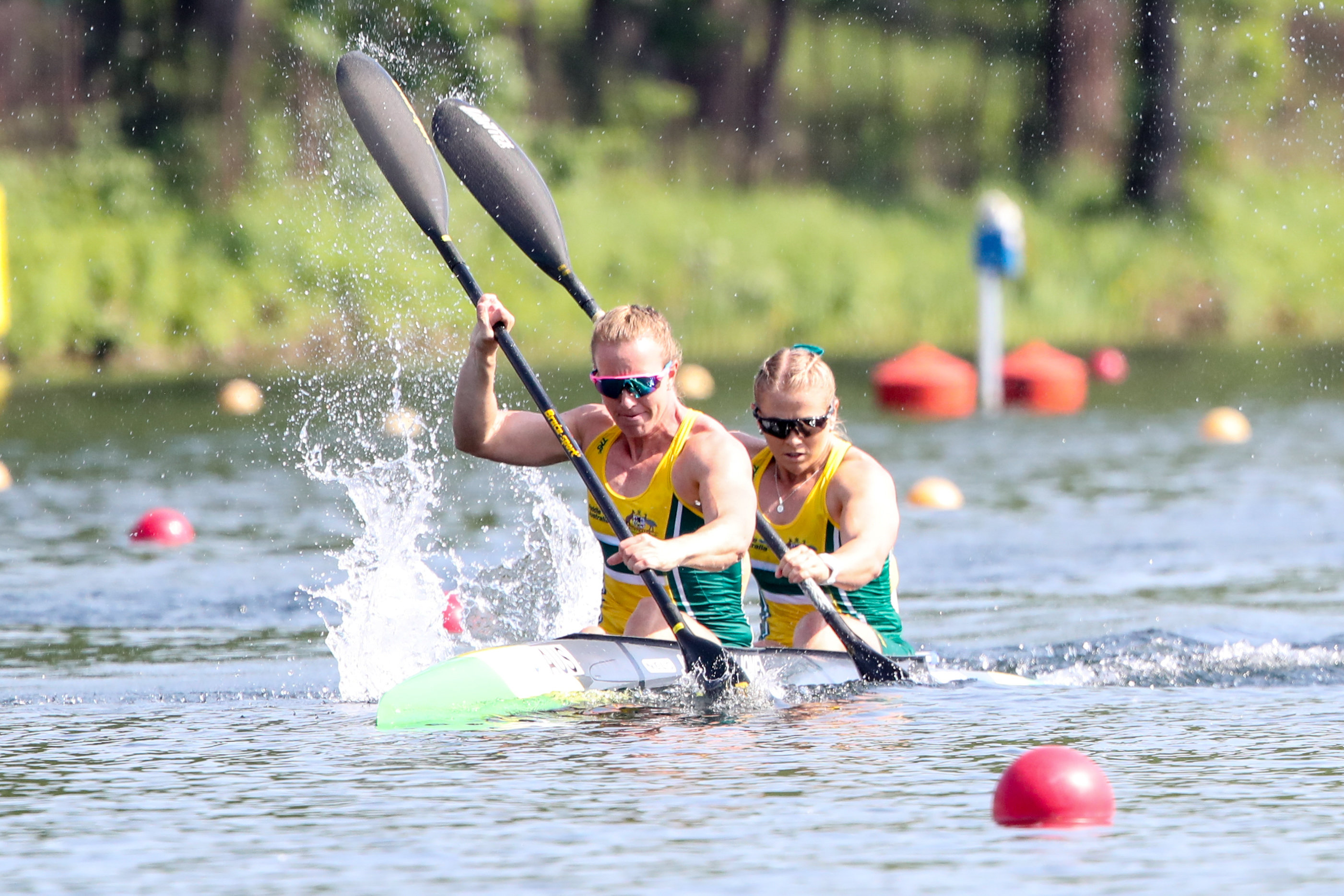 “I’m super stoked with the sixth place in the final. We had a really good start and we definitely put together the best 200 that we’ve had so far and I’m sure with a little bit of time in the boat we could improve. I learnt a lot sitting behind Jo and I hope I can apply that to my future racing,” U23 paddler Brianna Massie said, who only joined the team a couple of weeks ago after a last-minute call-up.

The pair also won the women’s K2 500 B-final on Saturday.

“I think our racing has really shown how great Bri (Brianna) has done over the last couple of weeks stepping up on to the Senior Team and racing at the World Cup level. Every time we go out there, we wanted to get the most out of ourselves and it’s super awesome to see Bri be part of that and I’m happy with our performances in every race this weekend,” Jo Brigden-Jones said.

On his first senior team, Jean van der Westhuyzen wrapped up a solid world cup performance in the K1 with a tight finish and fourth place in a world-class field in the men’s K1 5000 at the end of the regatta. 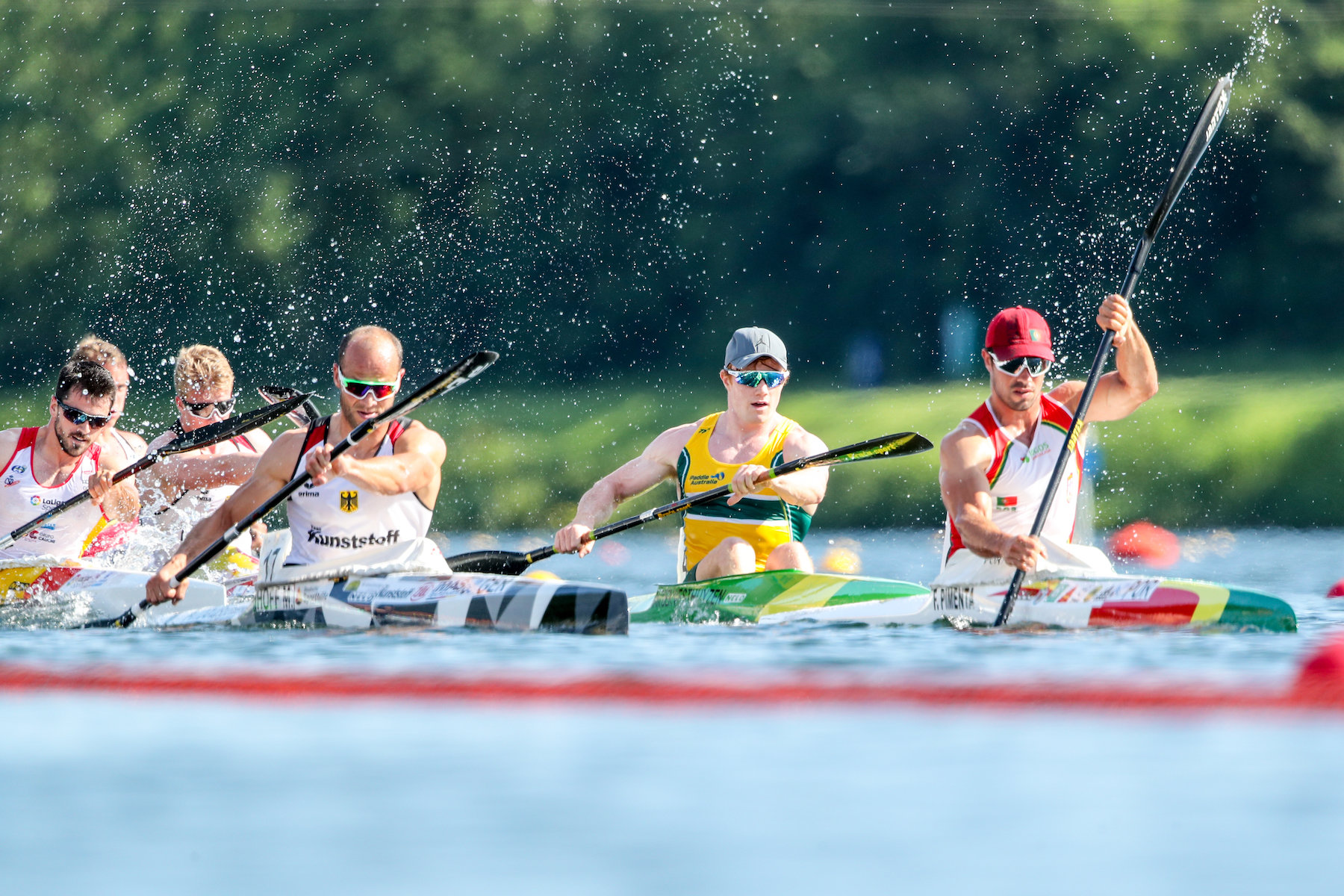 U23 paddlers Jean van der Westhuyzen and Jackson Collins also progressed through to the A-final in the men’s K2 500 in Duisburg where they finished sixth on Saturday.

Westhuyzen, Collins and Green will also race the U23 World Championships at the start of August with Australia’s canoe sprint future looking bright given the current age average on the team.

“I think we really have a good group of young guys coming through in Australia at the moment. Riley (Fitzsimmons) is still under 23. Myself and Jean are 20 and Tom (Green) is 19 and I think there are a lot of good things coming up. And it’s funny that someone like Jordan Wood is considered one of the old guys and he’s only 24. It’s really exciting,” Collins said, who only started kayaking last year.

In the women’s canoe events, Bernadette Wallace wrapped up the world cup with a strong fourth place in a fast women’s C1 5000 race on Sunday with a new ICF world best time set by Canadian World Champion Laurence Vincent-Lapointe/ 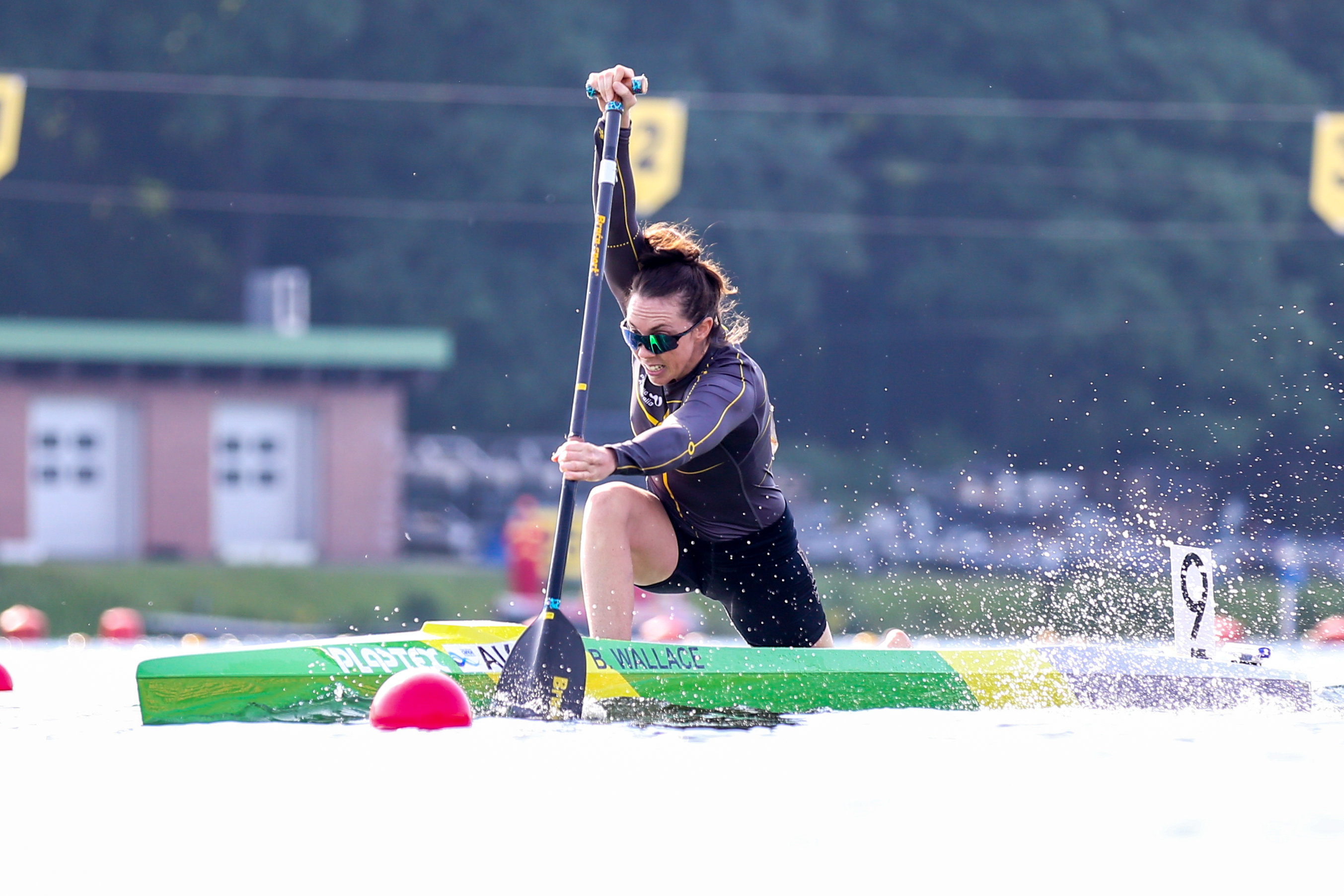 The team returns to Australia on Monday for a training block at the Gold Coast before heading over the Europe again at the end of July to train in Italy and Hungary before the Olympic qualifying World Championships in Szeged, Hungary 21-25 August 2019.