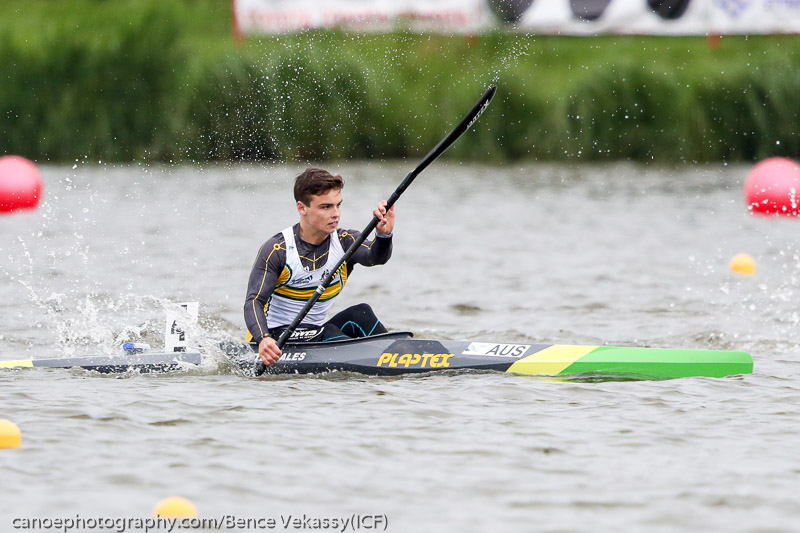 Australians have battled through wind and waves to post strong results on the opening day of the 2019 ICF Canoe Sprint and Paracanoe World Cup in Poznan, Poland (23-26 May 2019).

The rough and cold conditions made racing a challenge, but nearly every Australian successfully made it through to the next round, led by Paralympians Susan Seipel, Dylan Littlehales and Amanda Reynolds.

Seipel finished second behind world champion Charlotte Henshaw in her heat of the KL2, and said it was a good first race given the weather.

“I’m fairly happy given the conditions,” Seipel said. “I’ve really enjoyed working with our new coach Shaun, and looking forward to what’s to come. I think I’ve improved a lot in the past year, and I think I have a lot more improvement to come.”

Littlehales has been one of the most improved athletes on the Australian canoe sprint team, and underlined that growth with a strong second behind the Brazilian speedster, Caio De Carvalho, in their heat of the men’s KL3.

“I had a tough field, two of the top six paddlers out there with me, so there was four of us going for three spots, I had a good enough race that I was able to get through,” Littlehales said.

“I’ve been feeling really good. I’ve been training the past couple of months down at NSWIS, and the team have been really great.

“I’m feeling faster than ever. Every year I’m learning something new. It’s a great experience.”

Reynolds was slow out of the start in her heat of the women’s KL3, and found herself in the unfamiliar position of having to contest a semi-final. There were no mistakes on the second outing, with Reynolds into the final.

There were plenty of strong performances in the Olympic class canoe sprint program on the opening day of the first World Cup of the Tokyo 2020 qualification season, including from youngsters Thomas Green and Jean van der Westhuyzen, who both qualified for the semis of the men’s K1 1000.

For Green it was a strong return to a boat he has not raced in for a while.

“It was good fun. There’s something about it that I enjoy a lot. It’s a different race, drawn out over a longer period, and a lot can happen.”

It was a great start for van der Westhuyzen in his first international race for his adopted country.

“I was really nervous out there, but I was really proud to put on the Australian jersey for the first time,” he said.

“It’s pretty much all I’ve been thinking about, my first senior World Cup. I’m really excited at the same time.”

London Olympian Jo Brigden-Jones was back racing in the K1 200, and enjoyed the outing with progression through to the semi-finals.

“With 50 metres to go I had quite a wobble, so I just felt like I was doing safety strokes to make sure I made it to the line,” she said.

“I really enjoy the 200, it’s a good fast race. Our main focus is the team boats, the K4 and the K2, to qualify the maximum for Tokyo, but if we do that it opens up the opportunity to have K1.”

Teammate Cat Mcarthur is also through to the K1 200 semi-finals, and will do battle with Brigden-Jones.

Another Australian pair set to do battle in a semi-final will be Josie Bulmer and Bernadette Wallace in the women’s C1 200. The C2 teammates both progressed through Thursday’s heats.

In other results, Jaime Roberts and Brianna Massie are into Friday’s semi-finals of the K2 500.

Head to @auspaddleteam on facebook for all the interviews from the event.