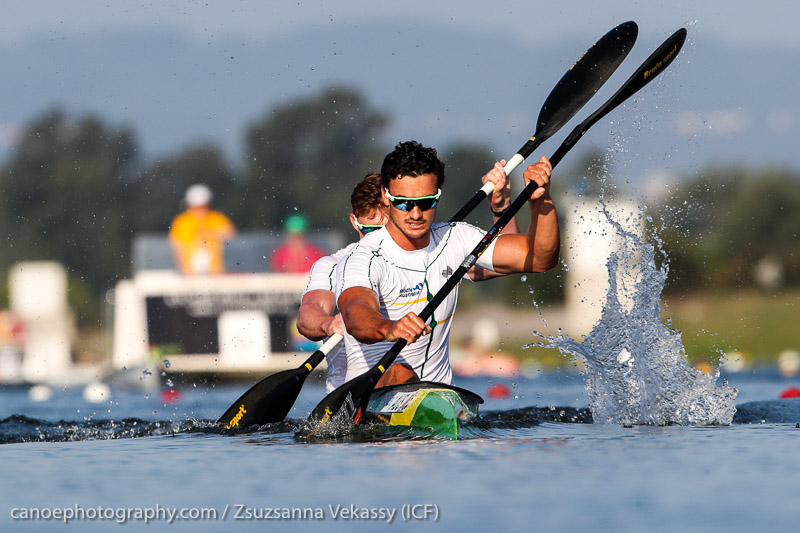 Australia’s Olympic and Paralympic canoe sprint paddlers will be lining up for the first time internationally this year with the opening ICF Canoe Sprint World Cup of the 2019 Tokyo 2020 qualifying season scheduled to take place in Poznan, Poland on the weekend (23-26 May 2019).

No Olympic or Paralympic places will be won or lost in Poznan or Duisburg but with just over one year to go to the Tokyo 2020 Games and with the ICF Canoe Sprint World Championships only three months away, racing is set to heat up.

In the Olympic sprint classes, the international World Cup season will see a powerful blend of youth and experience leading the charge. Amongst the youngsters and newcomers to the team are Queenslanders and U23 paddlers Jean van der Westhuyzen, Jackson Collins and Brianna Massie as well as Joel McKitterick who will all be making their Senior World Cup debut in Poznan. 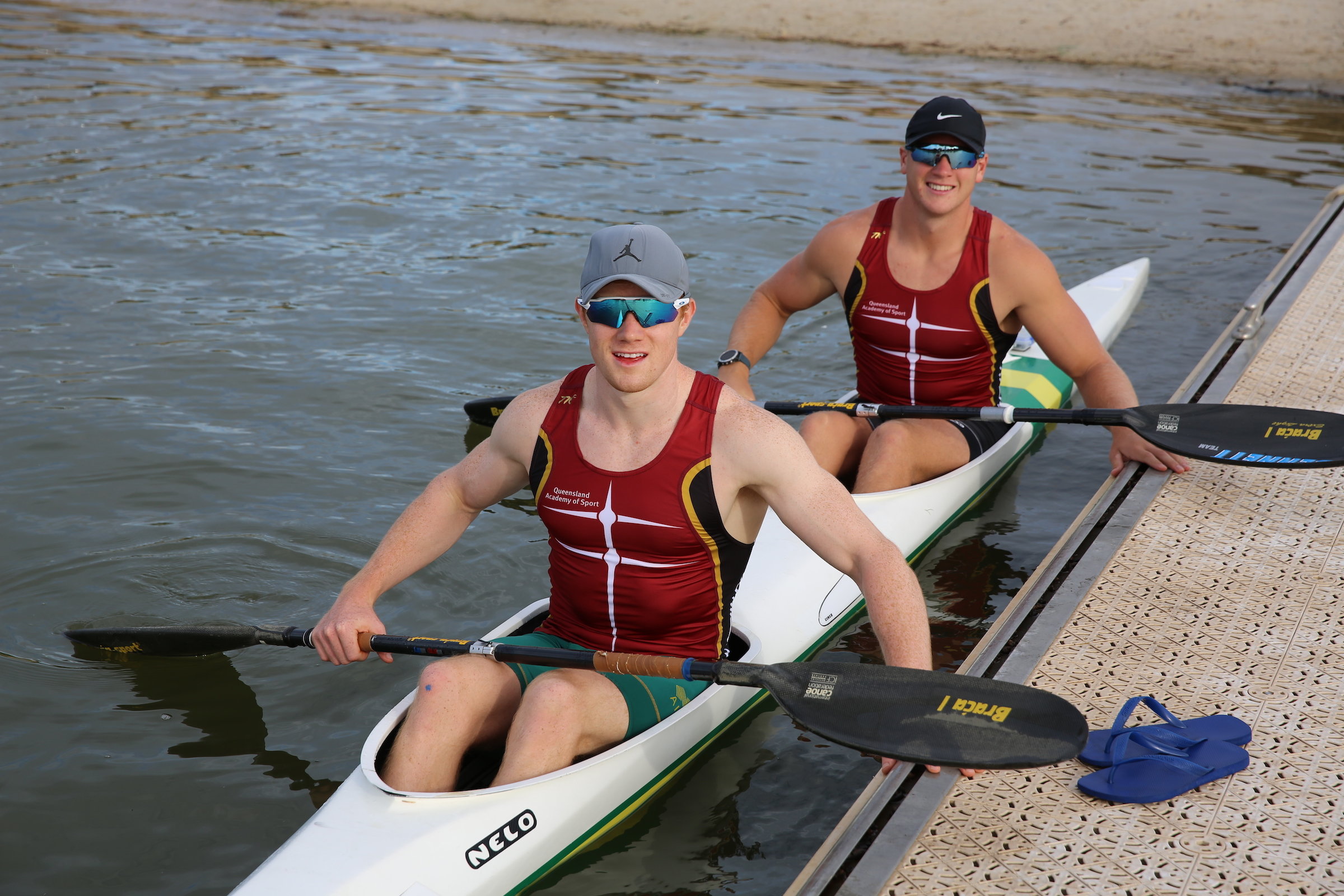 New are also the men’s and women’s K4 combinations this season. In the women’s K4, South Australian Cat McArthur has taken over the stroke seat and will be backed by London 2012 Olympian Jo Brigden-Jones and Rio Olympians Alyce Burnett and Alyssa Bull in Poznan.

Brigden-Jones is the senior on the women’s team and is thrilled to be contesting the international season on her 16thAustralian team.

“It’s awesome to be racing in the Australia team for this year’s world cups and then hopefully for the World Championships later on. It’s a big, important year, so it’s really great to be part of a fantastic team who are all hungry to do really well and I’m pretty honoured that this will be my 16thyear on an Australian team. Yes, I’m old, but it’s pretty cool and hopefully I can bring some good experience to the team and help some people out along the way and make sure we qualify for Tokyo,” Brigden-Jones said.

In Poznan, Jo Brigden-Jones will be competing in the women’s K4 as well as the women’s K1 200 together with Cat McArthur. K4 team mates Alyce Burnett and Alyssa Bullwill also race the women’s K1 1000.

“The K4 is the priority. It’s the big boat and we want to qualify the most spots for the Games so we’ll be making sure we can put our best foot forward come August,” Alyce Burnett said.

“We will be trialling two different combinations in Poznan and Duisburg and we have some really good girls paddling really fast at the moment so if you can put that all together, I reckon we might in for a pretty good shot for qualifications,” Burnett added. 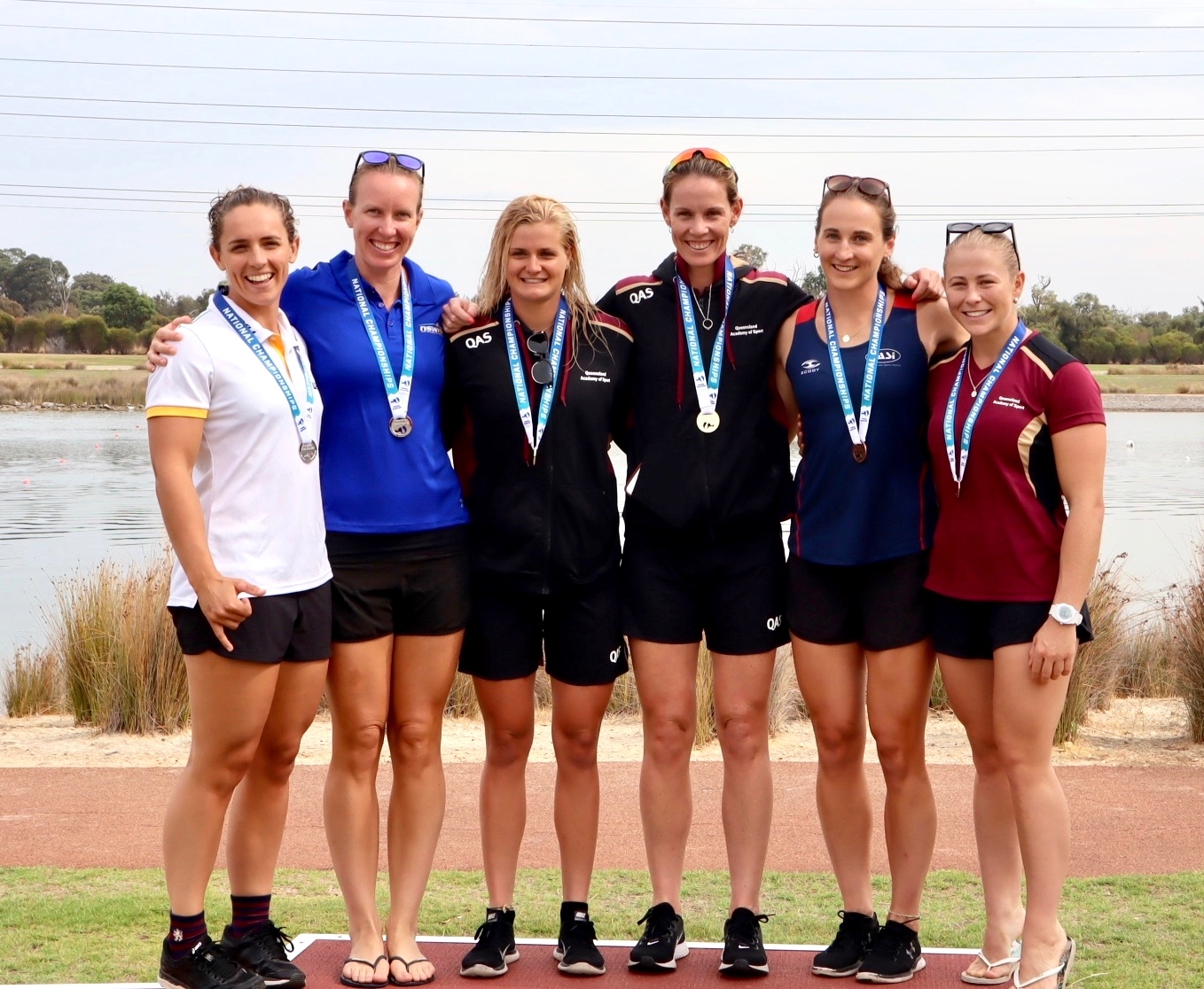 Western Australian Jaime Roberts will be moving into the women’s K4 for Duisburg, while Jo Brigden-Jones will be moving into the K2, but in Poznan Jaime Roberts will be contesting the women’s K2 200 and 500 together with Brianna Massie. U23 national team paddler Brianna Massie got the late call-up to join the team and will be replacing Ella Beere, who will miss the World Cup season due to medical reasons.

Medical reasons kept Bernadette Wallace out of national team contention for a few years and lining up in Poznan will be the first time back on the national squad for Wallace following a touch with cancer (melanoma) in 2016.

The 29-year old sister of Olympic champion Kenny Wallace kayaker turned canoeist will be aiming to qualify the women’s canoe double together with Josephine Bulmer this season with the women’s C1 and C2 classes to premier at the Tokyo 2020 Olympics. 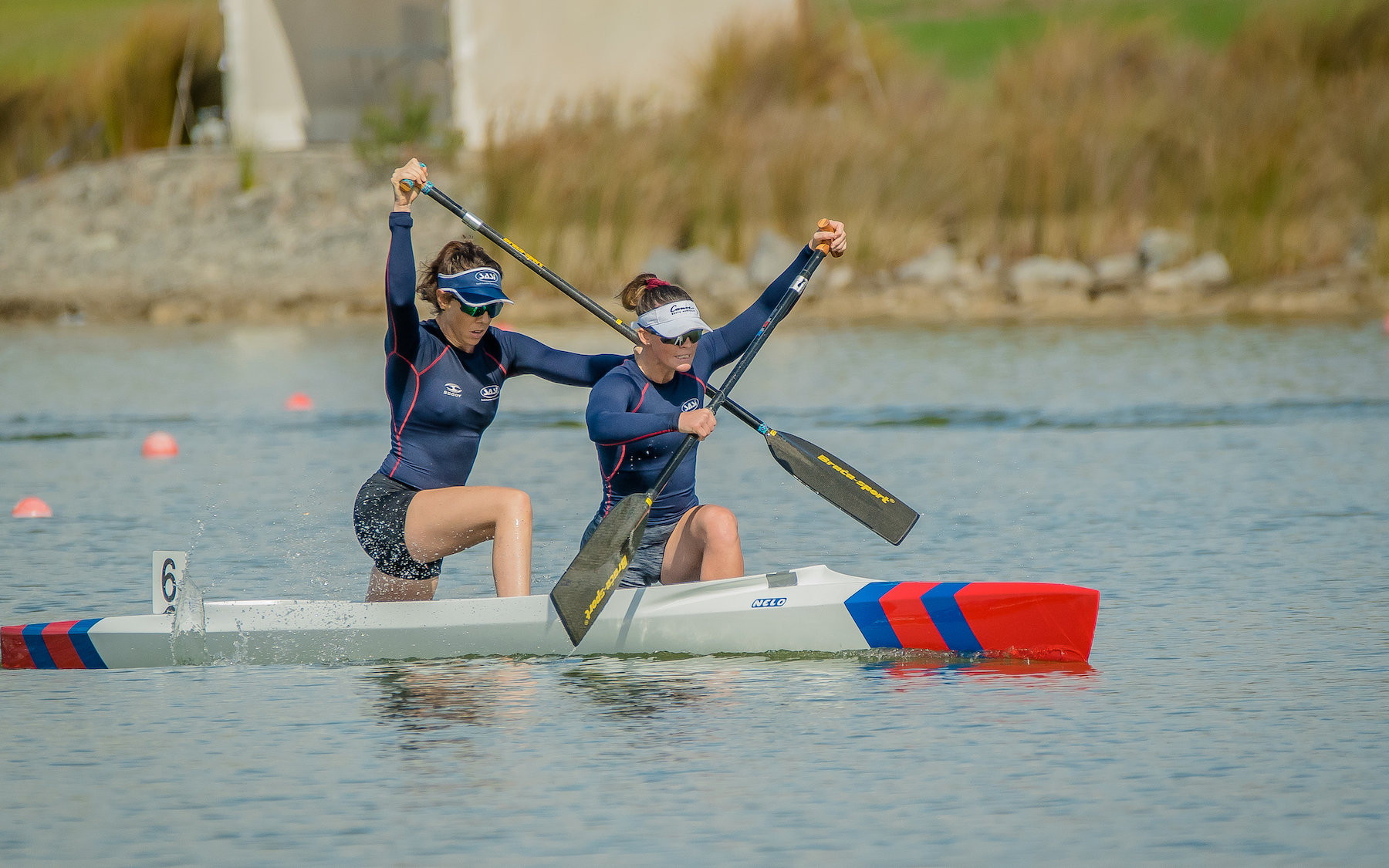 “To make it back on the team, and represent my country again is such a bonus in my life and I’m very grateful. I’ve worked really hard at this and kept the dream alive for a long time now and just had to hang in there. I’m lucky to have such great training partners in Josephine and a coach (Duke Rzicic) that believes in us. Now that I am back on the team, I hope I can do everyone proud and Australia proud.”

In the men’s kayak team, Rio 2016 Olympic bronze medallist Lachlan Tame is back in the green and gold after an extended break due to injury post Rio. In Poznan, he will be contesting the MK1 500 together with South Australian Matt Goble. 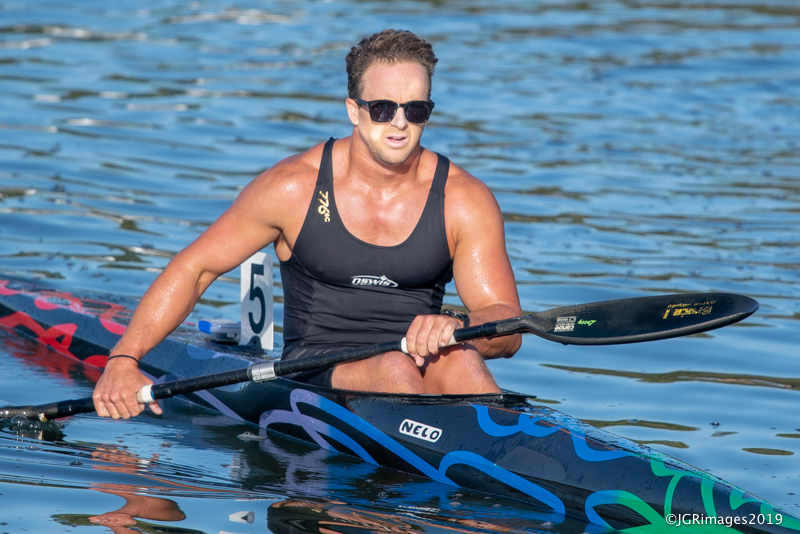 Rio 2016 Olympians Riley Fitzsimmons and Jordan Wood are back in the K2 and will be lining up in both the MK2 500 as well as the MK2 1000 at both World Cups.

“I’m looking forward to a couple of good hit outs at the World Cups and to try a few different things in our race and to get that all important race experience. The more races you do the more experience you get. No amount of training can substitute that and I’m really looking forward to it,” Jordan Wood said.

The pair finished fourth at the World Championships last year and is aiming for more this year.

“We were able to race the K2 1000 at World Champs last year and we got a fourth place there and we really want to improve on that result and put ourselves on the podium and obviously qualify some spots for Australia for the Olympics, so there are exciting times ahead,” Riley Fitzsimmons said.

The men’s K4 500 will be a new event in Tokyo, replacing the K4 1000 and Australia’s K4 to be trialled in Poznan will be featuring a mix of youth and experience. Newcomer to the team Jackson Collins (QLD) will be stroking the K4 combination that also includes London Olympian Murray Stewart as well as young guns and last year’s U23 World Champions from Queensland Joel McKitterick and Tom Green. 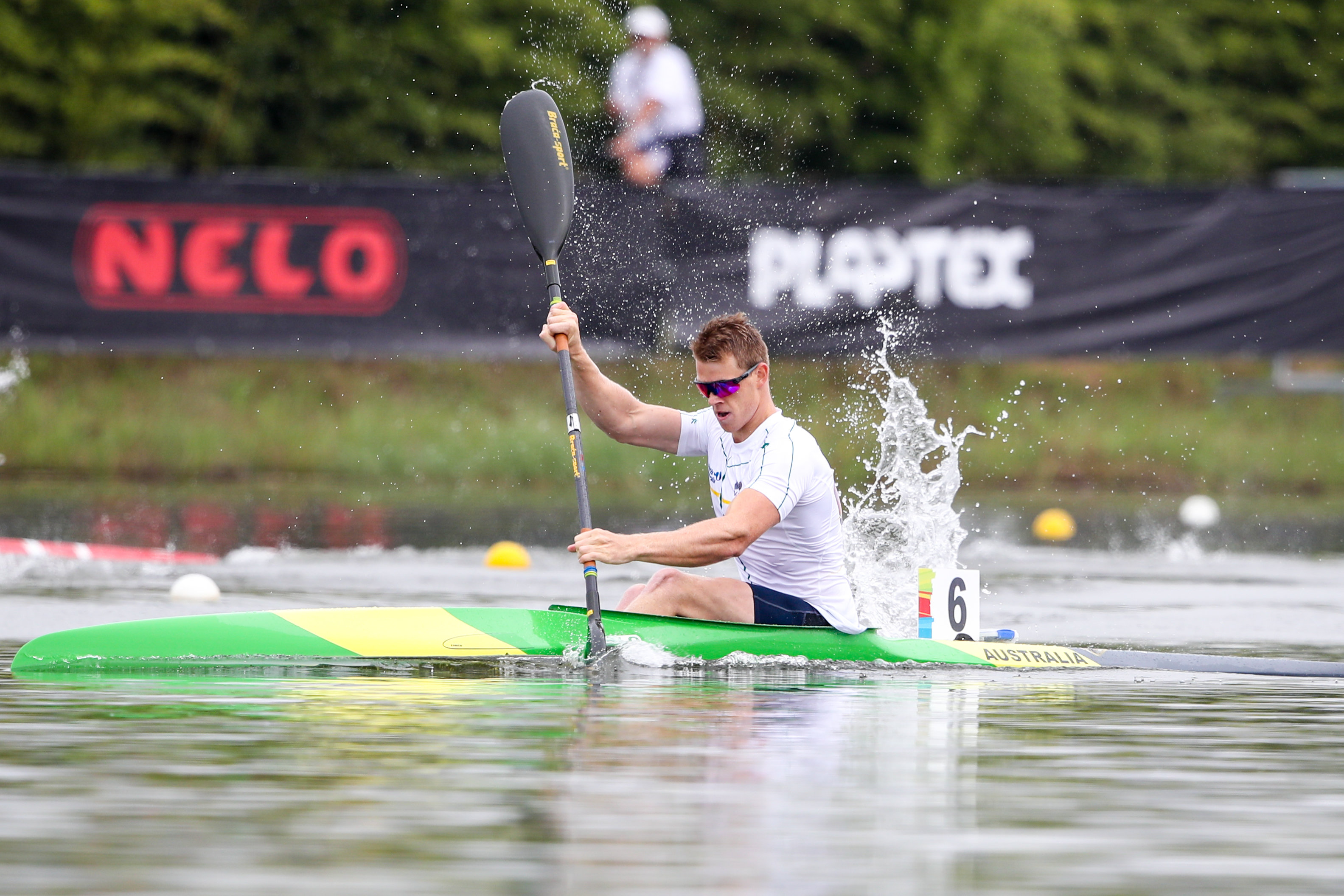 Newcomer to the team and former South African junior canoe marathon world champion Jean van der Westhuyzen will join Green in the MK1 1000 and is thrilled to be competing for his new home and on the same team as his childhood heroes.

“Australia is my new home now and I’m proud to call it my new home. Growing up I looked up to guys like Kenny (Wallace) and Muzz (Murray Stewart). I watched them on TV when I was younger and stayed up late at night to see what they were doing and now I’m actually in a position to train with and race these guys, which is awesome,” 20-year old Westhuyzen said about his steep performance curve.

Tom Green, Riley Fitzsimmons, Jean van der Westhuyzen as well Jackson Collins will all also compete at this year’s U23 ICF Canoe Sprint World Championships, but it is the Senior team and ultimately the Olympic team that is the big goal. 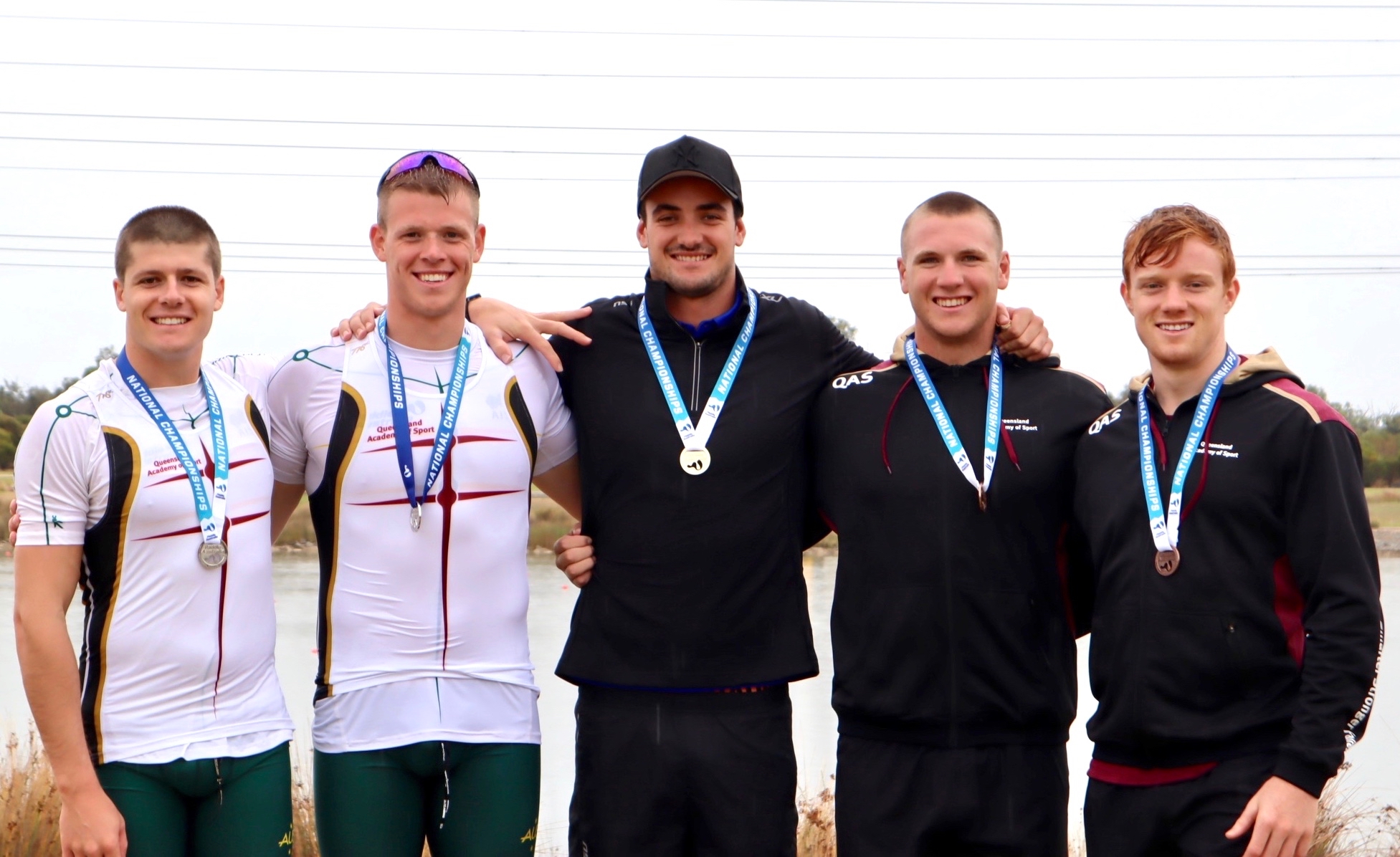 It is also the goal for newcomer Jackson Collins, who sky rocketed into the Senior team as a 20-year old after only coming across to kayaking from surf lifesaving last year.

“I can’t wait to go to the U23s and race there, but the big goal was to be on the Senior team this year and yes I was a bit surprised how quickly it all happened. But beyond that the goal is definitely to go to the Olympics next year, that’s the big goal,” Jackson Collins said confidently.

And with racing not only heating up between national teams, but with competition also being hot within the teams to secure seats in the lead up to Tokyo, the son of four-time Olympian and dual Olympic medallist Daniel Collins is aware he might have to push others out in order to get there.

Racing starts in Poznan on Thursday morning, 23 May 2019 with the paracanoe classes in the morning and the Olympic classes will be joining the action in the afternoon. Racing concludes on Sunday.

See the event webpage for results and livestream links: https://www.canoeicf.com/canoe-sprint-world-cup/poznan-2019