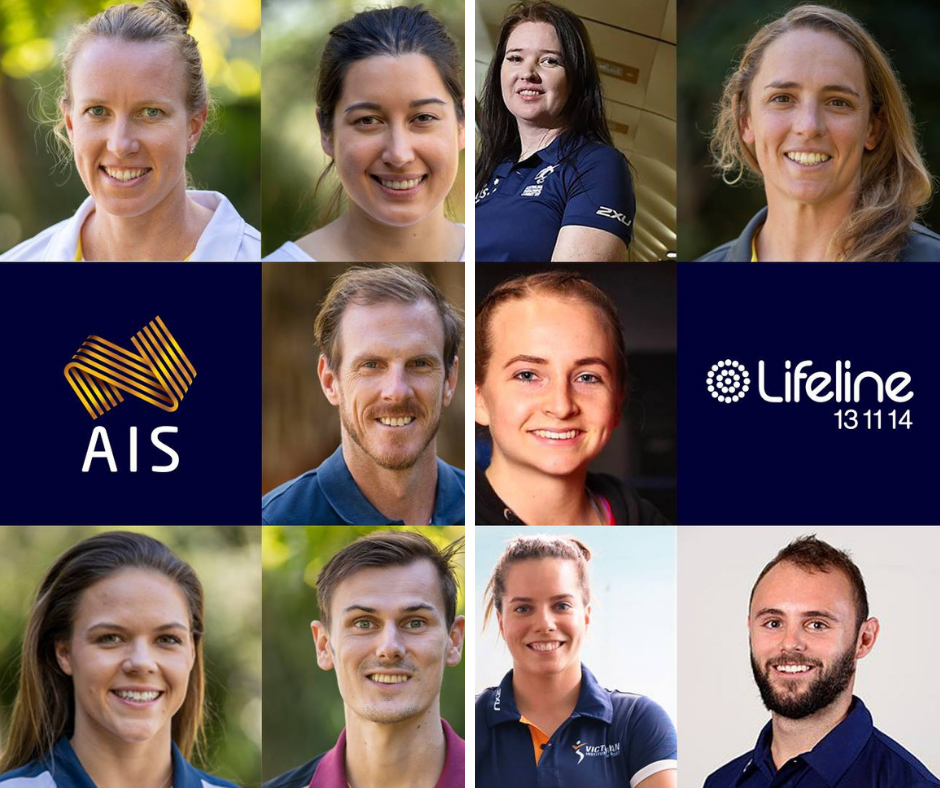 Meet 21 athletes stepping up to be community role models

Twenty-one athletes from 13 sports have been selected to be the inaugural Lifeline Community Custodians, a program with the Australian Institute of Sport (AIS) that will see athletes become advocates for mental health and positive community spirit.

Olympic, Paralympic and Commonwealth Games athletes from across the country, including Paddle Australia’s Olympic champion Kenny Wallace (QLD), Olympian Jo Brigden-Jones (NSW) as well as World Championships paddler Jaime Roberts (WA), will be involved in the program, jointly designed by the AIS and Lifeline Australia to reduce the stigma of mental health and promote the positive contributions athletes and sport can make to their communities. AIS Director of Athlete Wellbeing and Engagement, Matti Clements, said the team of Community Custodians would spend the next 12 months raising mental health awareness in their communities and their sports.

“At the AIS we know the positive influence sport and athletes have in their communities and the inspiration they provide, so this program is about spreading that positivity far and wide across Australia,” Clements said.

“A partnership with Lifeline is fantastic because these athletes will be attending community events, telling their own personal stories of resilience but also benefitting from personal development. The AIS wants athletes to be successful in sport and life, so this is also about enabling athletes to find balance beyond their sporting careers and giving them a meaningful opportunity to help others.”

Lifeline Australia CEO Colin Seery said the organisation was proud to partner with the AIS and thanked the Community Custodians, who join a national movement of more than 10,000 Lifeline volunteers and 1,000 employees.

“When these athletes talk in support of Lifeline, they will be helping to reduce stigma and shape a more compassionate society, one that focuses on bringing people together and reducing isolation,” Seery said. “They will be helping families to ensure their loved ones are kept safe.

“In 2017, there were 3,128 lives lost to suicide in Australia, a nine percent increase on the year before and one life lost every three hours. Every life taken is a son, daughter, mother, father, brother or sister lost for ever.

“Lifeline receives one million contacts every year to our national number – 13 11 14 – and suicide prevention services. We are here because no person in Australia should have to face their darkest moments alone.” Australian Opals women’s basketball captain Jenna O’Hea will lead the team of Community Custodians, having lost her uncle to suicide last year and then initiating a Lifeline round in the Women’s National Basketball League.

“My uncle was 46. People often tend to put on a brave face. You don’t know what they’re going through. So just in our family, from this we’re reaching out more and trying to have more open and honest conversations, which aren’t always easy.

“It is a strength, not a weakness, to ask for help and I think a lot of people are willing to help as long as you ask. I’m proud to be one of the inaugural Community Custodians and spread the valuable messages on behalf of Lifeline Australia, which is available for 24-7 support.”

Paddle Australia’s London 2012 Olympian and Australian Paddle Team’s canoe sprint athlete Jo Brigden-Jones works full-time as a paramedic alongside her sporting career. “I’ve wanted to be a paramedic since I was 10, long before I even picked up a paddle and dreamed of becoming an Olympian,” Brigden-Jones said.

“Being a paramedic has certainly been an eye-opener and exposed me to the number of people within the community who are seeking help with their mental health. Sometimes we’re first responders, but we’re often in direct contact too with Lifeline, who play such a valuable role.” “Being an athlete custodian with lifeline I play an important role in continuing the conversation around mental health. Through my life experiences and journey as an athlete I hope to spread the message that it is ok to ask for help, no matter how small the problem may seem,” Roberts said.

Made a ward of the state at age seven, five-time Paralympic rowing world champion Erik Horrie said he was keen to share a message of hope. “I’ve also been at rock bottom, and I know it takes more of a person to ask for help than someone who puts up a wall and says ‘I’ve got no issues’,” Horrie said.

“I wouldn’t change anything that I’ve gone through in my life. Without it, I wouldn’t be the athlete, or the person, I am. I didn’t allow my childhood to define me. You’re the person that designs your picture frame.”