Home General Fox Charging Down The Rapids To Win Qualifying in Women’s C1 On... 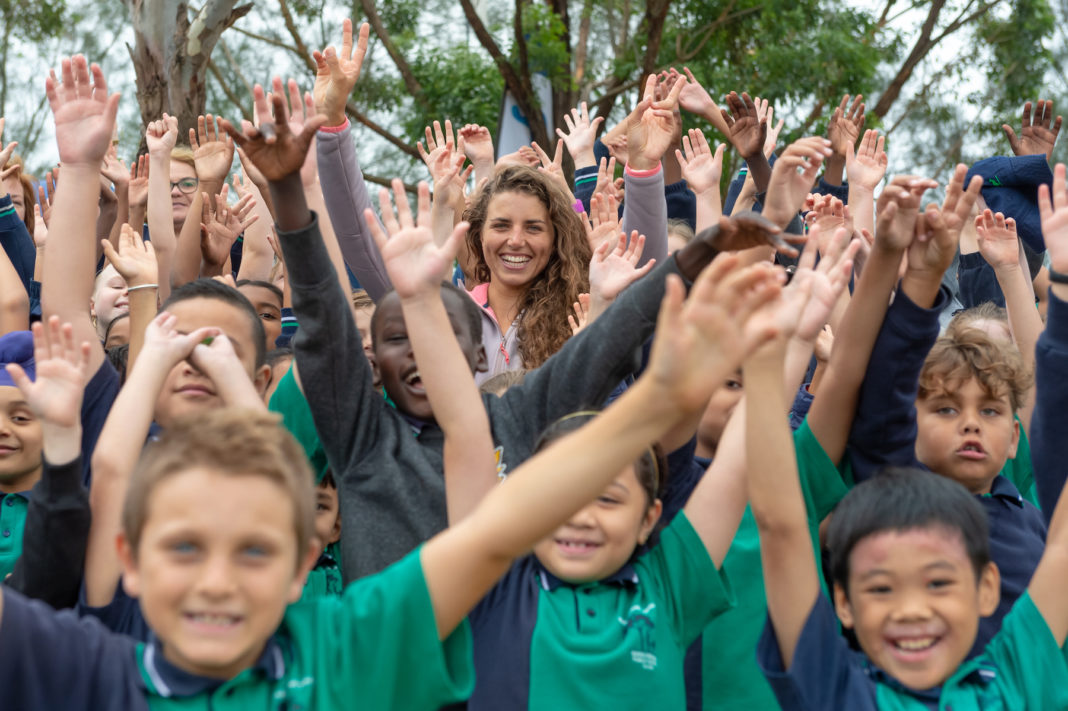 Dual Olympic medallist and double 2018 World Champion Jessica Fox won the qualifying in the women’s C1 and finished second in the women’s K1 in front of a cheering crowd of Ropes Public School students on the opening day of the 2019 Sydney International Whitewater Festival – Oceania Championships.

Ropes Crossing Public School’s “Fox House” came out in force to support their namesake and the other Australian canoe slalom paddlers as they were taking on the world’s best slalom paddlers on the first day of racing at the 2019 Canoe Slalom Oceania Championships (22-24 February).

Racing to the chants of “Charging down the rapids is what we do best. We are the toughest put us to the test. Never give up, never give in. We are the team to win. Fox Goo Fox,” Fox soaked up the extra energy required to bring home another win.

“Seeing the students from Ropes Crossing Fox house on the sidelines cheering and chanting for me was definitely a highlight today! They were so excited and brought great energy. I had a great time racing,” Jess Fox laughed.

“It’s awesome to see the kids get behind us Aussies and it’s great to get that home support at our home course and the Fox house is very special to me,” Fox added.

The blue “Fox House” was named after Jess Fox after a survey amongst students and staff in November resulted in naming her as one of the sportspeople the students “make connections with as representatives of Australia and in relation to the sport or activities the students themselves actually play” (see story from November 2018 HERE). Coming out to Penrith Whitewater Stadium today to support their canoe slalom star continued to build those connections with both sides having a great time. 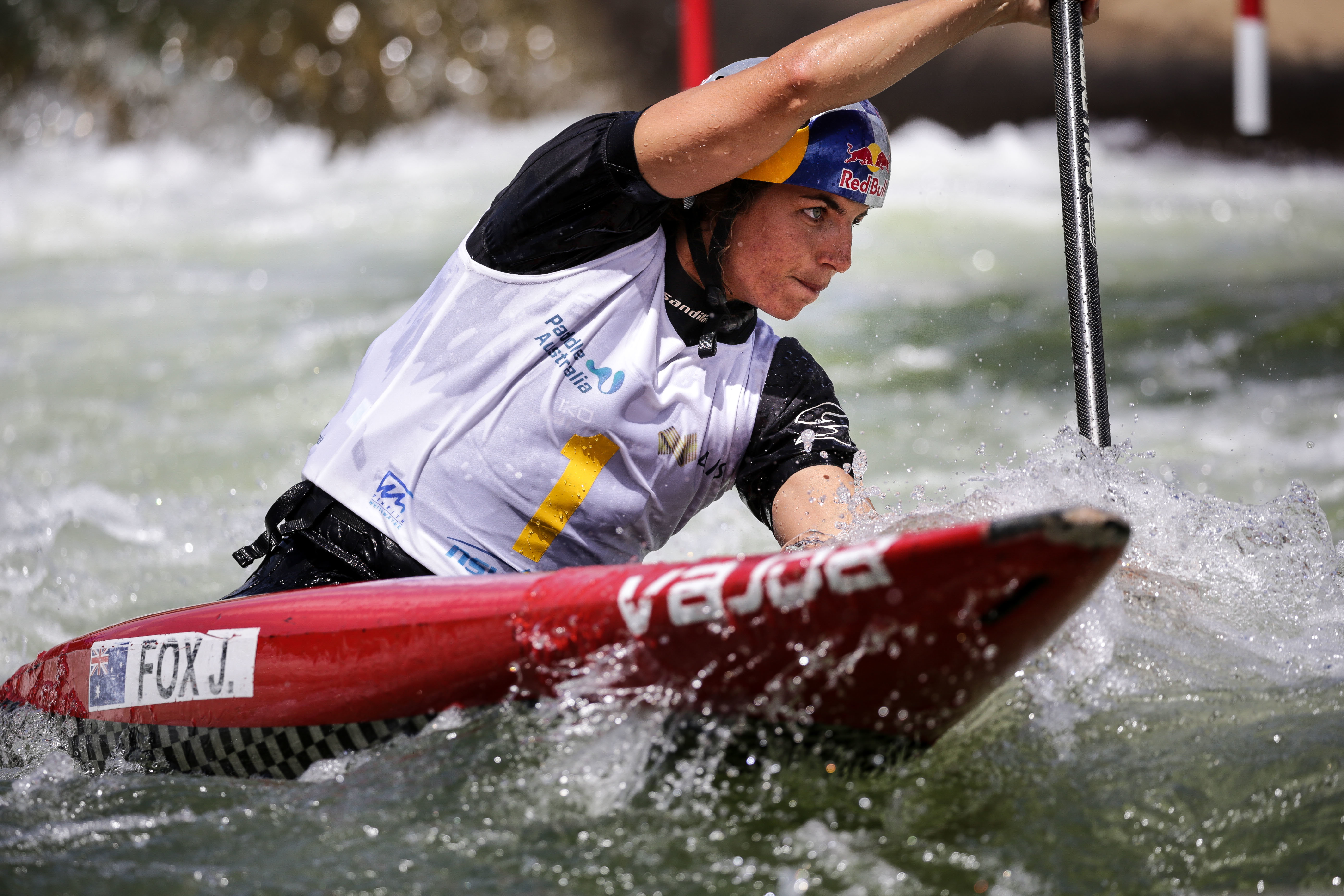 Energised by her Fox House team, Jessica Fox once again led the charge of the Australian paddlers on a full day of qualifying in the men’s and women’s K1 and C1 and went straight through to the semi-finals in both the women’s K1 and women’s C1 after a second and first place respectively. 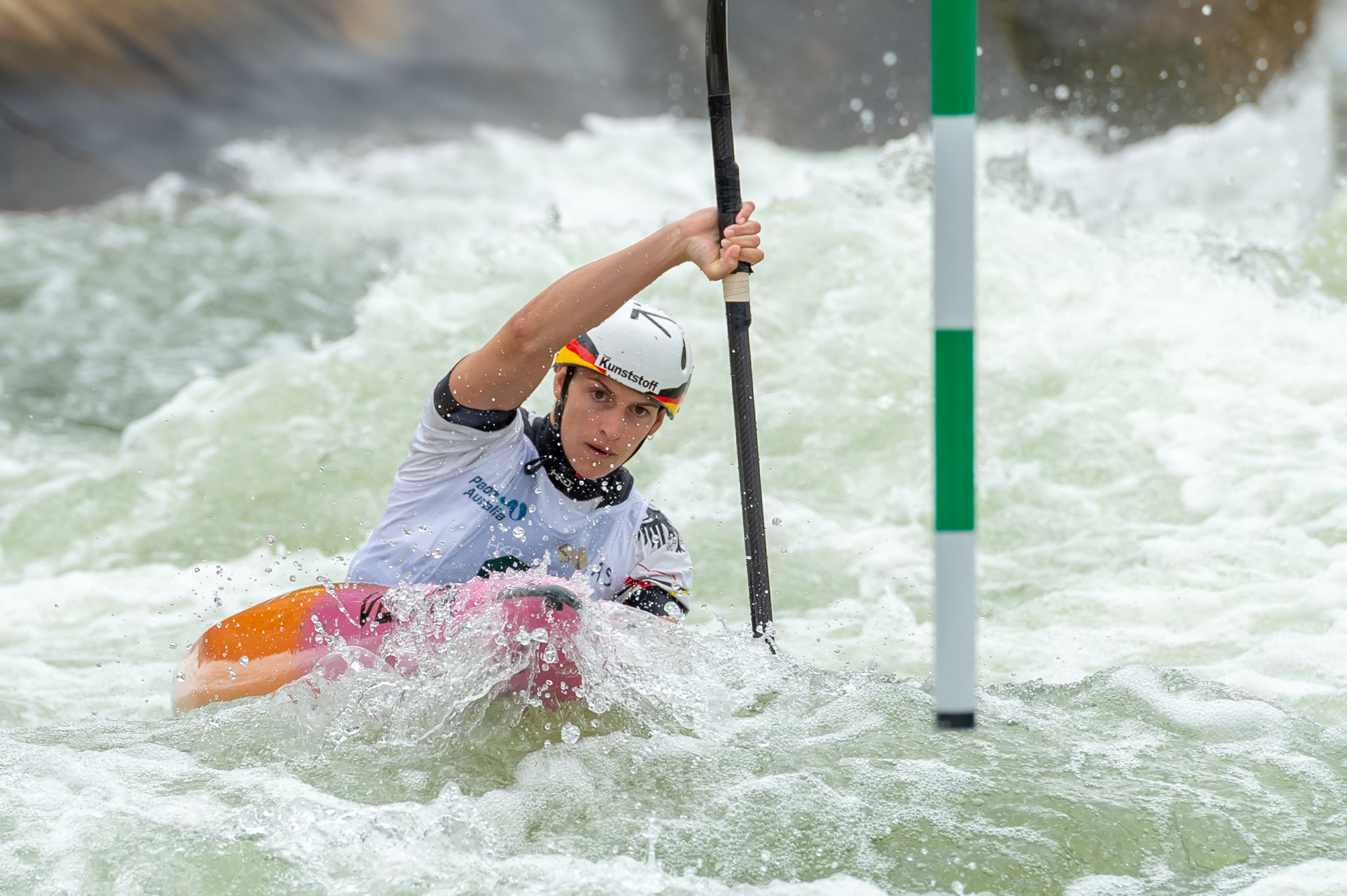 Australia’s Rosalyn Lawrence (NSW) and Kate Eckhardt (TAS) finished 16th and 19th  REspectively in the first run to also go straight through to tomorrow’s semi-final. Noemie Fox (NSW) missed out on progressing through to the semis after a tight 22nd place in the first run and a missed gate in the second run that saw her finishing 33rd and just outside the top 30 to make the semi-final.

Noemie Fox had a much better day in the women’s C1 though, when she put in a strong fourth place in the heat to go straight through to Sunday’s semi-final. Jess Fox won the qualifying despite a gate touch ahead of France’s 2018 K1 Team World Champion and C1 Team bronze medallist Lucie Baudu and New Zealand’s K1 Olympic silver medallist Luuka Jones. 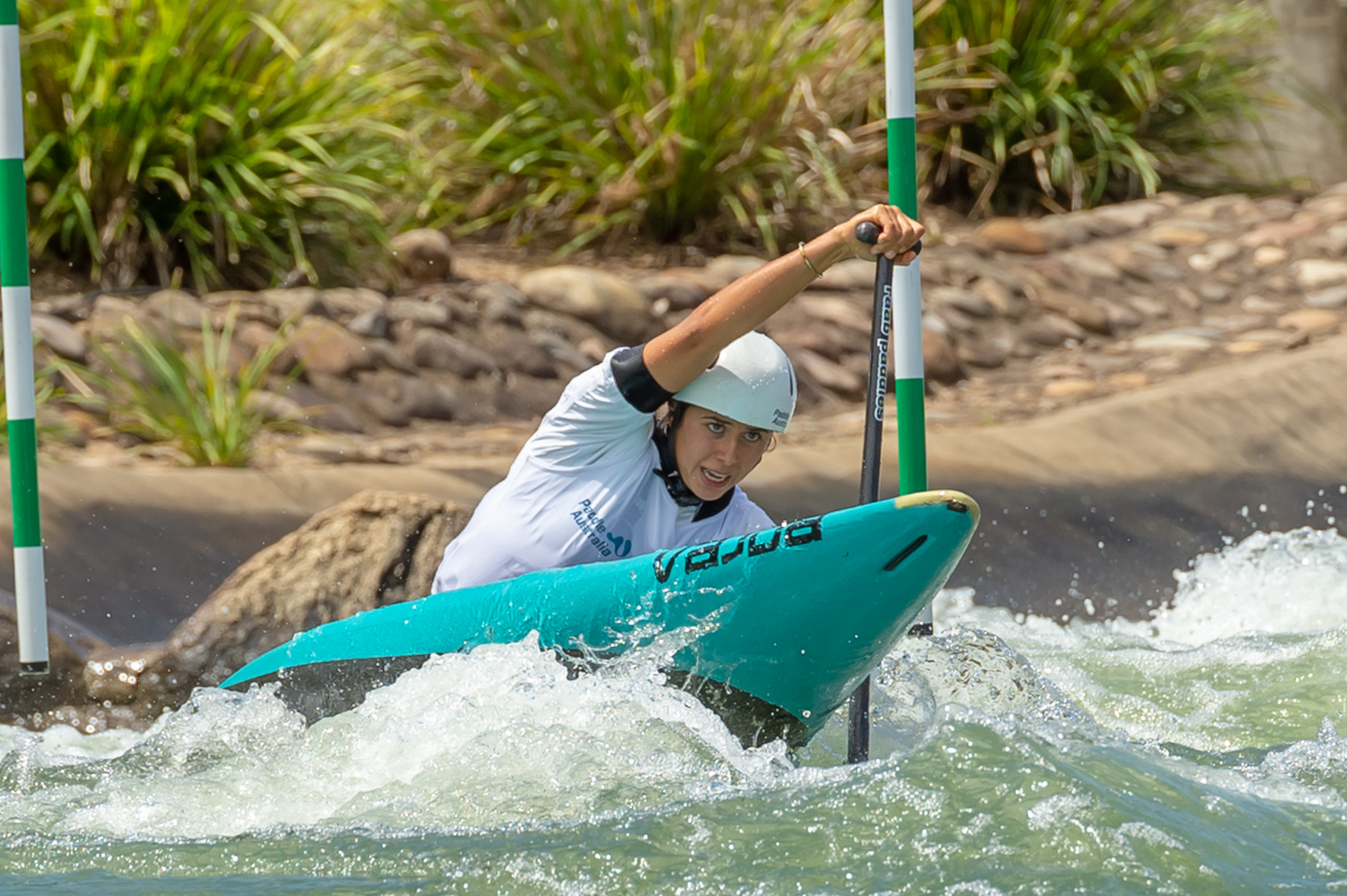 Australia’s Ros Lawrence finished 14thand Kate Eckhardt 15thwith both paddlers qualifying for the semi-final in the first run as well. Allison Borrows (NSW) will complete the Australian contingent of five C1 paddlers in Sunday’s semi-final after making the top 30 qualification with a sixth place in the second run.

Brother Ian Borrows and Blue Mountains local, who represented Australia in the men’s C1 at the Rio Olympics, finished ninth in the men’s C1 heats and together with Dan Watkins in sixth and Steven Lowther in 16thwent straight through to Saturday’s semi-final. 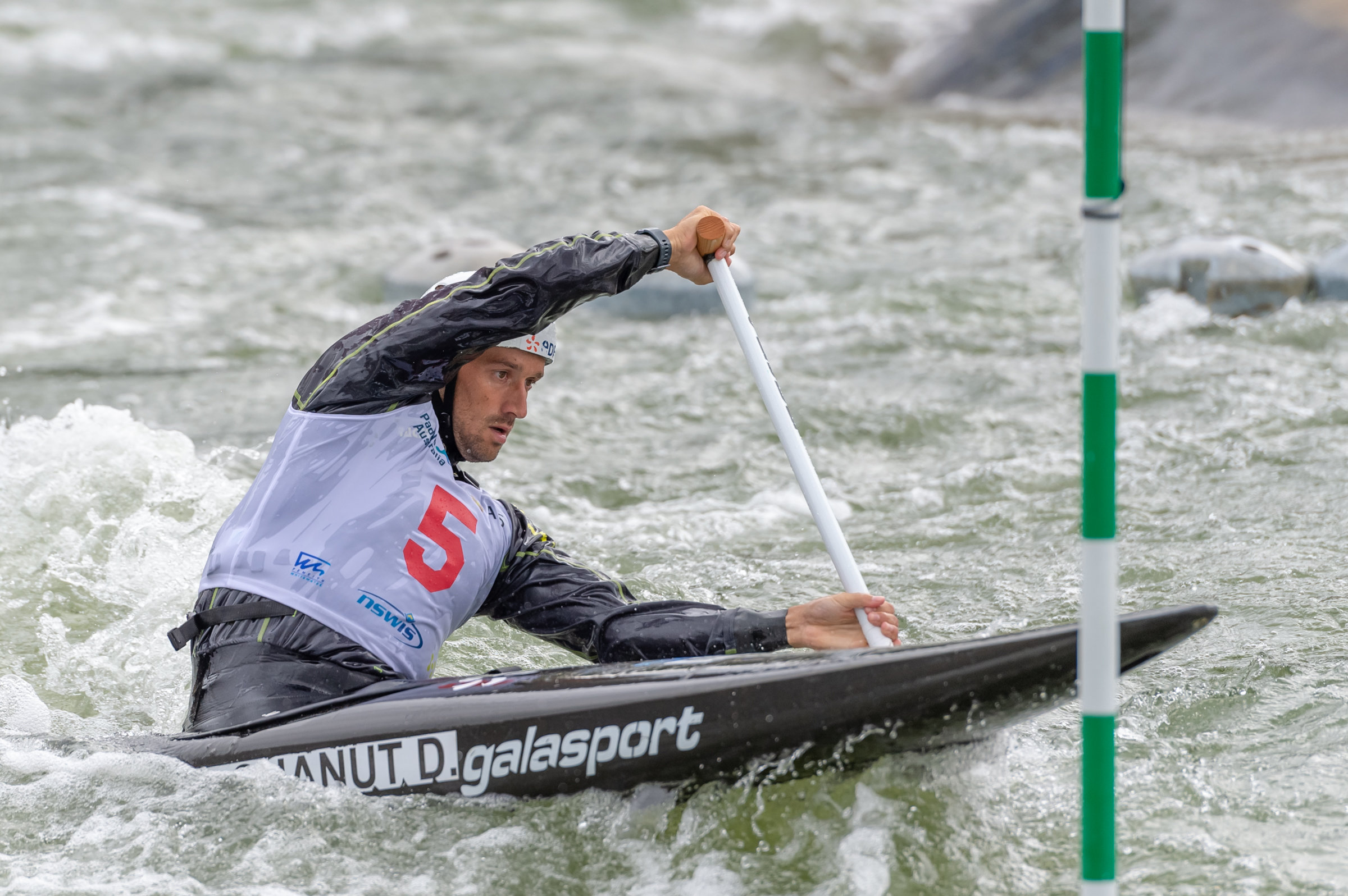 “I managed to post a pretty solid time and finished ninth overall which I was pretty happy with so through to the semi-finals tomorrow off the first run which is always nice. I really wanted to throw down a good run today. I feel like I’ve been paddling pretty good for the last few days so I am really trying to throw down to see if I can make the finals for tomorrow. That’s the goal,” Ian Borrows said after his run today.
“I’m second Australian, so ranked myself up for selections with three seconds now so it’s looking pretty tidy for the team this year and that’s always a good start to the day. The boys are paddling pretty good and there’s still a race on their hands for those guys for the third spot so it’ll be good racing tomorrow and we’ll see what happens.” Borrows added about Sydney International Whitewater Festival also being a selection event for the 2019 national canoe slalom teams. 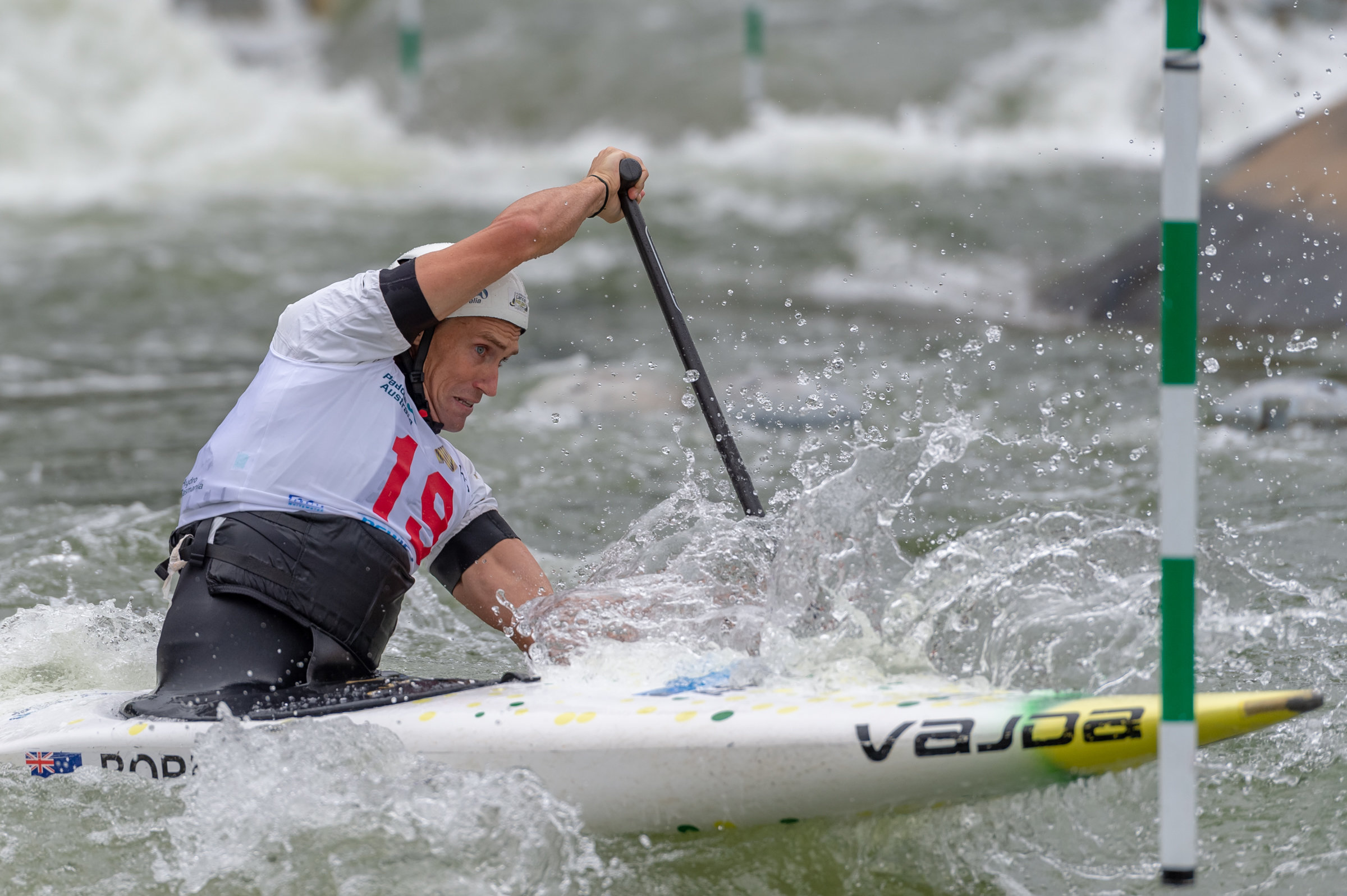 And in regard to the world-class field at Penrith Whitewater stadium he added, “It’s really good racing these guys (the world’s best), especially this early in the season. It gives us a bit of an idea for what’s going to happen for the rest of the year and make sure our training is on track. The way I’ve been paddling here has been pretty good and hopefully that will carry into the rest of the season this year and we’ll see what we can do for the world cups.” 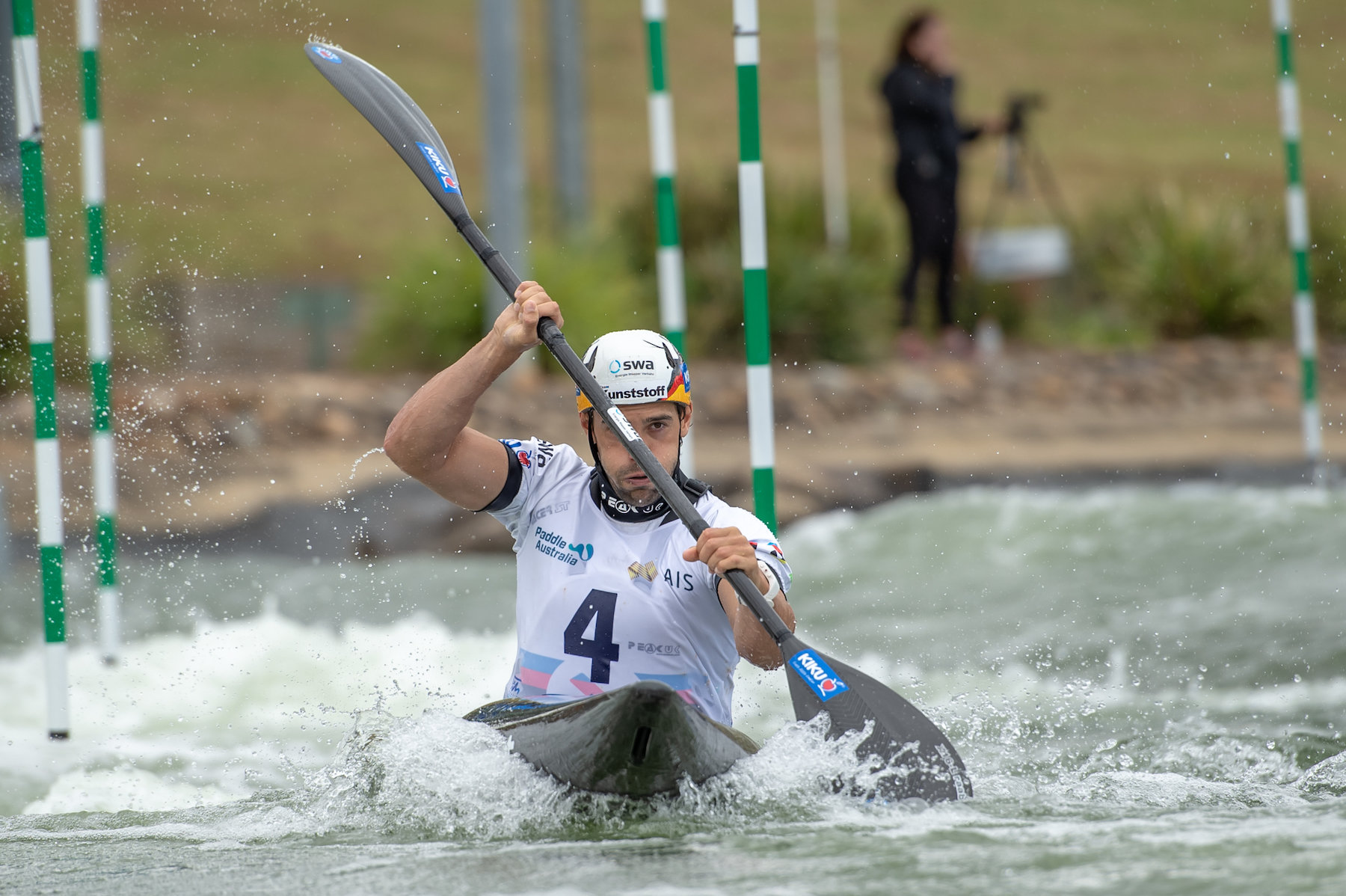 Paddle Australia’s Rio Olympian and 2018 Word Championshipssilver medallist Lucien Delfour (NSW) finished fifth in the qualifying with Tim Anderson (NSW) also going straight through to Sunday’s semi-final in ninth. Daniel Watkins (TAS) will complete the Australian contingent in the semi-final after finishing the qualifying in 25th.

“It’s the second weekend in a row that I’ve made ninth place in the quals which is good from a consistency point of view. But I’m really looking to get into that final, I just missed out last weekend in 17thand hopefully I can push into the top ten on Sunday and challenge for a medal,” Tim Anderson said.

“A bunch of us is neck in neck for the last few positions on the team, so I think today’s performance was good for me with a second place for the Australians. That should hold me in pretty good stead for Sunday but I think I’m better off focussing on the race than on the selection points,” Anderson added about the goals ahead. 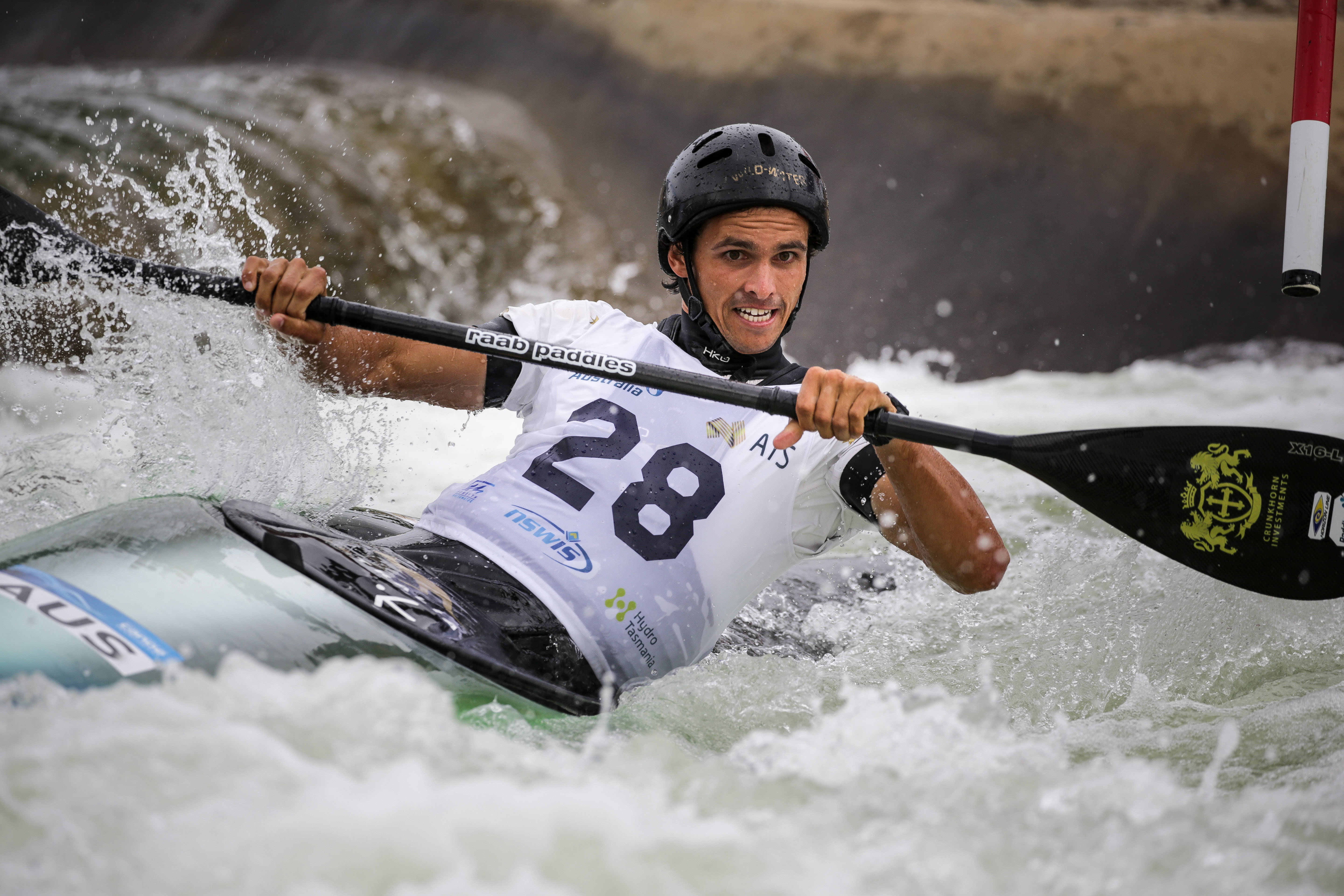 Saturday will also see the wildwater and freestyle paddlers join the action with the Wildwater GP2 scheduled for midday and the Freestyle Oceania Championships heats in the afternoon.

The 2019 Sydney International Whitewater Festival returns to Penrith Whitewater Stadium this weekend for the second round and a rematch of the world’s best whitewater paddlers at the action packed wet ‘n wild festival that includes the three disciplines of canoe slalom, wildwater and freestyle.

The two-weekend event saw the world’s best whitewater paddlers contest the Australian Open last weekend with the 300 competitors from 25 countries returning this weekend for the Canoe Slalom and Freestyle Oceania Championships as well as the Wildwater GP2.