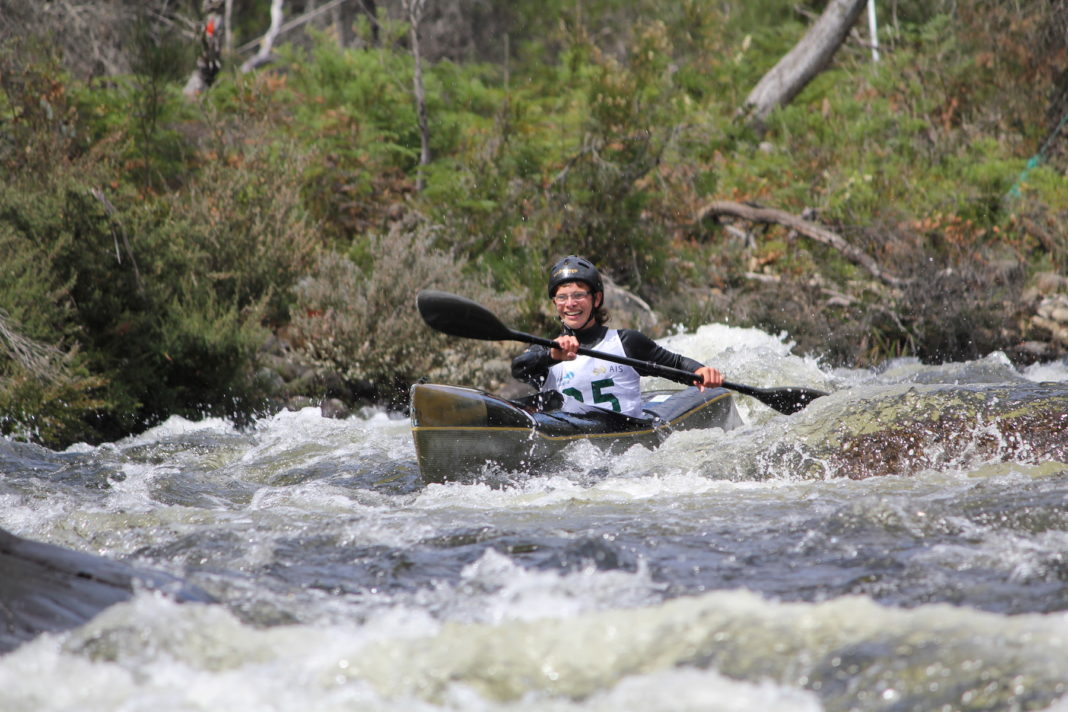 The second day of the 2019 Paddle Australia Wildwater National Championships (Saturday, 5 January) saw almost 50 athletes from across Australia competing for national selection on the Tasmanian Upper Mersey Whitewater Course in the second race of the Pre-Australian Classic Selection series.

Following his win on Friday, Launceston paddler Dan Hall was once again victorious in the challenging four-kilometre event in the Open Men’s Kayaking (K1), with nearest rival Rob McIntyre (NSW) taking second place. Hobart paddler Matt French took third place in a hotly-contested race. It will be interesting to see if McIntyre’s speed over the shorter distance can turn the tables on Hall in tomorrow’s rapid sprint race.

The Open Women’s K1 was dominated again by Open and Under 23 paddler Georgina Collin, who managed to take 11 seconds off yesterday’s winning time today, finishing 18 seconds ahead of second-place getter Maddie Batters with Imogen Douglass (an Under 18 paddler) taking out third place. In the Men’s Canoe (C1), Rob Janiszewski again proved too strong, shaving 16 seconds off his winning time from yesterday’s race while line honours for the Men’s C2 went to Kaylen and Lachlan Bassett.

Junior honours went to James Humphry with Thomas Elms and Ben Strmecki making up the top three in the Under 18 (Men’s K1).

Today’s results finalise the selection process for the Classic events and final membership of the National squad for all age groups, with Hall’s bid for national selection seemingly assured after an eight year absence from competitive paddling. The events being held at the Upper Mersey River will determine the selections for National team membership so competition is likely to be even more intense on the Mersey River tomorrow with senior athletes making their final bid for national team selection and the chance to represent Australia at the World Champs and the World Cup events in France and Spain. For Under-23 and Junior athletes, this will be their chance to represent Australia at the World Champs in Bosnia and Herzegovina in July 2019.

The final event in the Wildwater National Champs is the shorter-distance Rapid Sprint Championship over 350 metres and both heats will be run on Sunday morning, 6 January commencing at 9.30am with results expected by 1pm. Paddle Tasmania recognises the support of sponsors, Hydro Tasmania, Tasmanian State Government, Tasmania Parks and Wildlife Services and the Tasmanian Institute of Sport. All events are organised in partnership with Paddle Australia (PA).

You can also find out more information about the Wildwater Champs at the Paddle Australia website: https://wildwater.paddle.org.au/