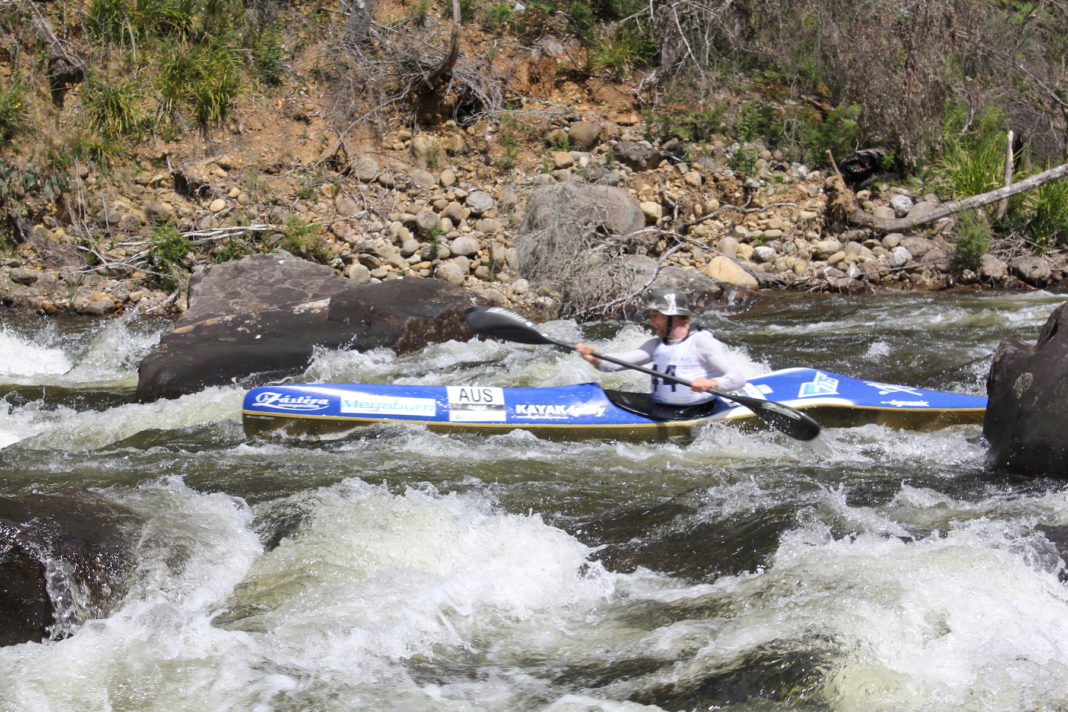 The first of Paddle Australia’s Wildwater Pre-Australian Classic Selection races was run this afternoon (Friday, 4 January 2018) in blistering conditions on the Upper Mersey Whitewater Course in Tasmania on day one of the 2019 Wildwater National Championships.

Almost 50 athletes from across Australia competed for selection in the gruelling four kilometre Classic event with some interesting results. The biggest upset of the day came in the Open Men’s Kayaking (K1) event with Tasmanian paddler Dan Hall of Launceston taking line honours with a clear eleven seconds ahead of reining titleholder Rob McIntyre (NSW). Hall has been absent from national competition for over eight years, but showed today that he still has the skills to make a bid for national team selection. The events held at the Upper Mersey River will determine the selections for National team membership so competition is likely to be even more intense on the Mersey River tomorrow (Saturday, 5 January) with senior athletes making their final bid for national team selection and the chance to represent Australia at the World Champs and the World Cup events in France and Spain. For Under-23 and Junior athletes, this will be their chance to represent Australia at the World Champs in Bosnia and Herzegovina in July 2019. The final event in the Wildwater National Champs is the shorter-distance Rapid Sprint Championship over 350 metres, which will be run on Sunday morning, 6 January commencing at 9.30am.

Paddle Tasmania recognises the support of sponsors, Hydro Tasmania, Tasmanian State Government, Tasmania Parks and Wildlife Services and the Tasmanian Institute of Sport. All events are organised in partnership with Paddle Australia (PA).

You can also find out full details for the race and the results of the Wildwater Champs at the Paddle Australia website https://wildwater.paddle.org.au/