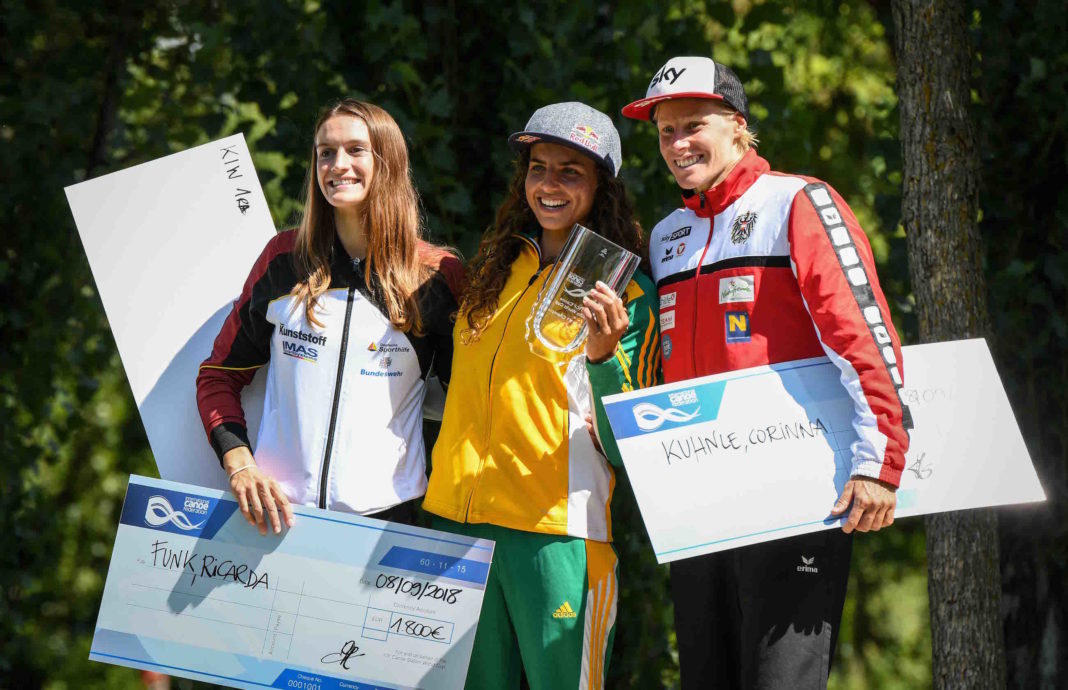 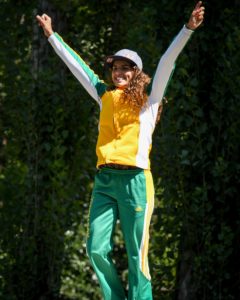 Jessica Fox (NSW) has won the overall 2018 World Cup in the women’s K1 despite a tough final. It is the first overall World Cup win of her career in the K1.

A missed gate cost Jessica Fox any chance of a K1 medal at the ICF Canoe Slalom World Cup Finals in La Seu d”Urgell in Spain on Saturday, but it was not enough to deny her the overall 2018 title – albeit by the narrowest of margins.

Fox went into the World Cup finals with a lead of 42 points in the K1, but with double points on offer it all came down to that final race.

And that final race saw her posting the fastest raw time, but finishing last after attracting a 50-second penalty. But it was enough for Fox to secure 303 points overall, one point more than Saturday’s winner, Germany’s Ricarda Funk.

“This was the last stop before the World Championships and unfortunately a tenth place, but I had really great run apart from a very costly 50 seconds penalty.

“It’s all about getting it out of the way now rather than at the World Championships I guess,” Fox said of her mistake.

“It’s frustrating and disappointing, my worst run off the season, but I’ve learned a lot this season. Today was a risk I didn’t need to take, so I’m really disappointed with my judgment there. It was a costly error and you learn from each one. ”

Despite a tough final, the 2018 K1 World Cup wraps up an outstanding season for the dual K1 Olympic medallist, who won the K1 at the first three World Cups of the season and finished second at last weekend’s ICF Canoe Slalom World Cup 4.

“It’s been an incredible season with five finals out of five races this season, four medals and three gold at the beginning of the season.

I have another race tomorrow and I’ve got a lot to learn before the World Champs and I can take all these learning with me to Rio,” Fox said.

Today (Sunday, 9 September) Fox will have the chance to add another World Cup title in the C1 to her long list of accolades and goes into the final with a 66 point lead over Austria’s Viktoria Wolffhardt and after having won all five women’s C1 world cup titles this year.

In other Australian results, Ros Lawrence (NSW) was 19th and Kate Eckhardt (NSW) 25th in the semi-finals of the K1, while Ian Borrows (NSW) was 24th in the semi of the men’s C1.

“I’m pretty disappointed and really did not get the run together that I wanted and I’m capable of,” Eckhardt said.

“There were a few good things which are good to take away and I’m hoping to learn from them and see how I can fix them next time.”

Like Fox, Lawrence also contested the full World Cup season in the K1 this year and finished eighth overall in the women’s 2018 K1 World Cup standings. Kate Eckhardt, who did not contest the World Cup 4, finished 33rd.

Ian Borrows was the best placed of the Australians in the men’s 2018 C1 World Cup standings, finishing 29th, one ahead of Daniel Watkins with both paddlers missing World Cup 4 in their point score.

The semi-finals and the finals of the men’s K1 and the women’s C1 will be contested on Sunday.