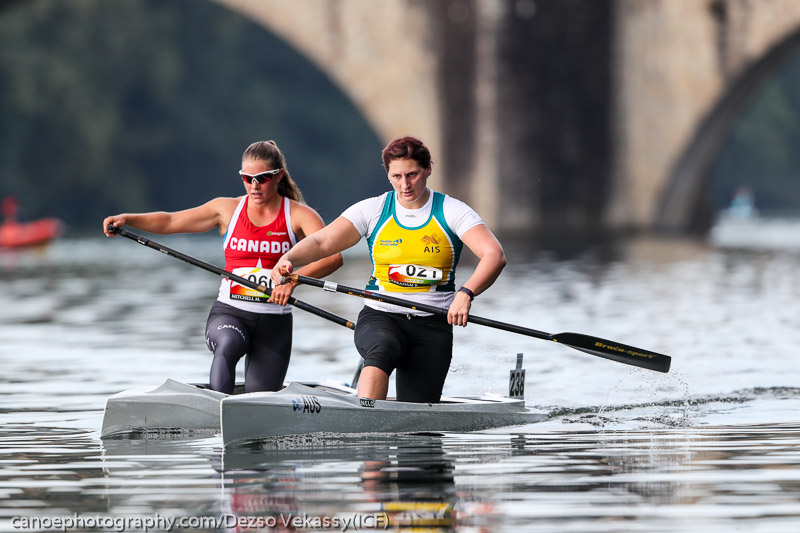 A much-improved ninth for Reka Abraham (VIC) in the women’s C1 was the Australian highlight on the penultimate day of the ICF Canoe Marathon World Championships in Portugal on Saturday.

Abraham set herself a target of improving on her performance at the 2017 World Championships, and came away satisfied.

“This was much better than last year,” Abraham said. “I’ve had more confidence coming into this competition, and had experience racing in the World Cup, which has been good.

“I’ve definitely closed the gap in front of me from last year. We’ve got more girls racing in Australia in marathons, which is really motivating.

“Marathon is pretty close to my heart. I still have a lot of things to work on, but I’m getting there hopefully.”

Kristen Woodcock (SA) was competing in her first marathon World Championships, and finished 14th in the C1.

“It was brutal,” Woodcock said. “I went out as hard as I could, and just tried to play my own game and keep my own line.

“I was so nervous, awake from about 2am playing through the race in my mind. I’m feeling pretty stoked, this is my benchmark, I can only go up from here.” Tegan Fraser (QLD) did not finish the women’s K1.

Racing will wrap in Portugal today with the K2 events.

Live stream and live results are available on www.canoeicf.com.