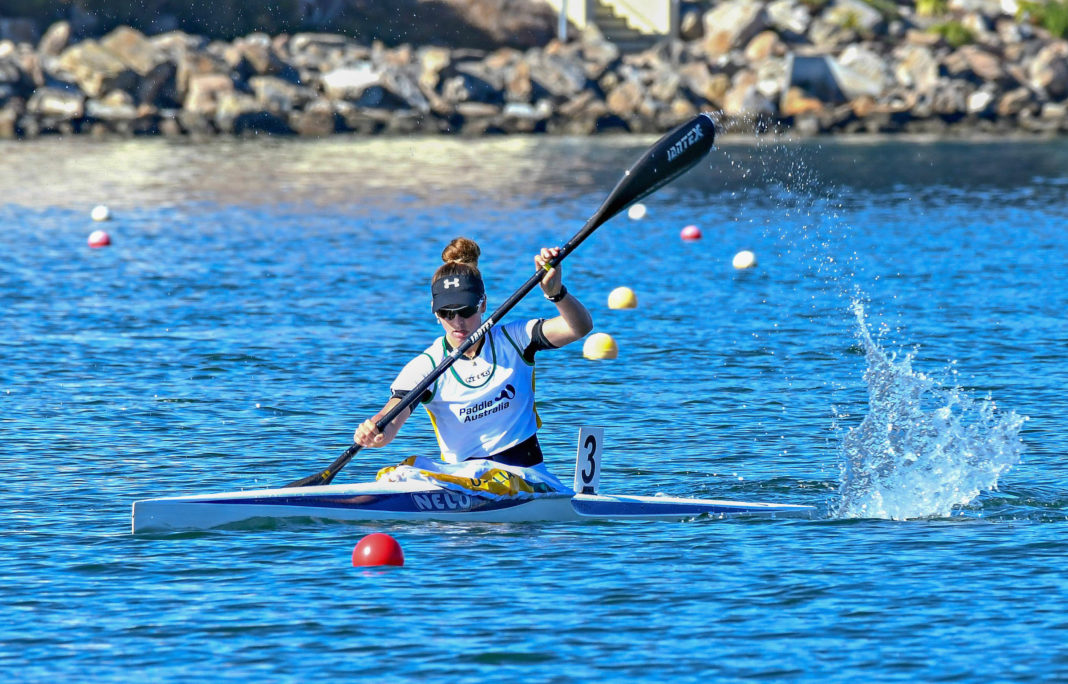 The Australian Team will compete against 4,000 athletes, aged 15-18 from 206 countries in the Argentinian capital across the 10 days of competition, running 6-18 October.

Queensland’s Jenaya Massie will represent Australia in the kayaking.

“I’m very excited about the potential of our talented, young athletes who will represent Australia in Buenos Aires,” Ms. Halls said.

“Many of today’s YOG Team will go on to vie for selection in future Australian Olympic Teams.

“The Youth Olympic Games is an important step in a young athlete’s career, providing a unique opportunity to experience the Olympic environment. As well as elite level competition, the YOG program also offers a range of educational and cultural opportunities that build on the Olympic values.”

Australian Olympic Committee CEO Matt Carroll said, “The AOC is committed to providing opportunities for our member Olympic sports to develop their rising talent. The Youth Olympics provides such a unique opportunity for the athletes and their coaches.

“The Youth Olympic Games provide that all important multi-sport experience for Australia’s next generation of elite athletes.

“As well as testing themselves against the world’s best junior athletes, these Games provide an opportunity for Aussie athletes to mix with fellow athletes from other sports and importantly from many nations and backgrounds; learning valuable life experiences that will help them develop as athletes and individuals.

“With Australian Olympic medallists like Emma McKeon, Kyle Chalmers and Jessica Fox starting their careers at the Youth Olympics, Buenos Aires 2018 can be a springboard for representation in future senior teams.”

The Australian YOG Team is made up of 47 (53%) female and 41 (47%) male athletes. Hockey 5s will boast the largest sport section (18 athletes), with both a female and male Australian Team competing at YOG for the first time.

Sixteen-year-old Massie has been selected as the sole representative to compete in both the kayak sprint and slalom at YOG in Argentina in October. “I am extremely honoured to be the sole representative for Australia in the kayak sprint and slalom, though it’s a little bit scary being the only athlete representing your sport,” Massie said.

“When I found out that I made the Team I was completely stoked. I just couldn’t believe that I was going to be a Junior Olympian at the age of 16.

“It is such a privilege to represent your country, but to be part of an Olympic Team is the ultimate pinnacle and goal for any sports person. I am so excited, I can’t wait to be there.”

Prior to the Youth Olympic Games, Jenaya will contest the Olympic Hope Regatta in Poznan, Poland 14 – 16 September 2018.

The entire Youth Olympic Team, plus the 60 selected officials, will come together in Sydney at the end of September for a pre-departure ‘Champ Camp’.

The Team will meet one another for the first time at Champ Camp, attend sessions on anti-doping and media skills and receive their ASICS uniform. They will have the chance to meet a number of Australian Olympians, including Olympic medallists Chloe Esposito, Bronte Campbell and Daniel Kowalski, who are attending the camp to share their knowledge and experience.

Facts and Figures about the 2018 Team are available HERE.

Read all YOG news HERE and keep up to date with their journey to Buenos Aires and all competition results HERE.

Copy thanks to AOC