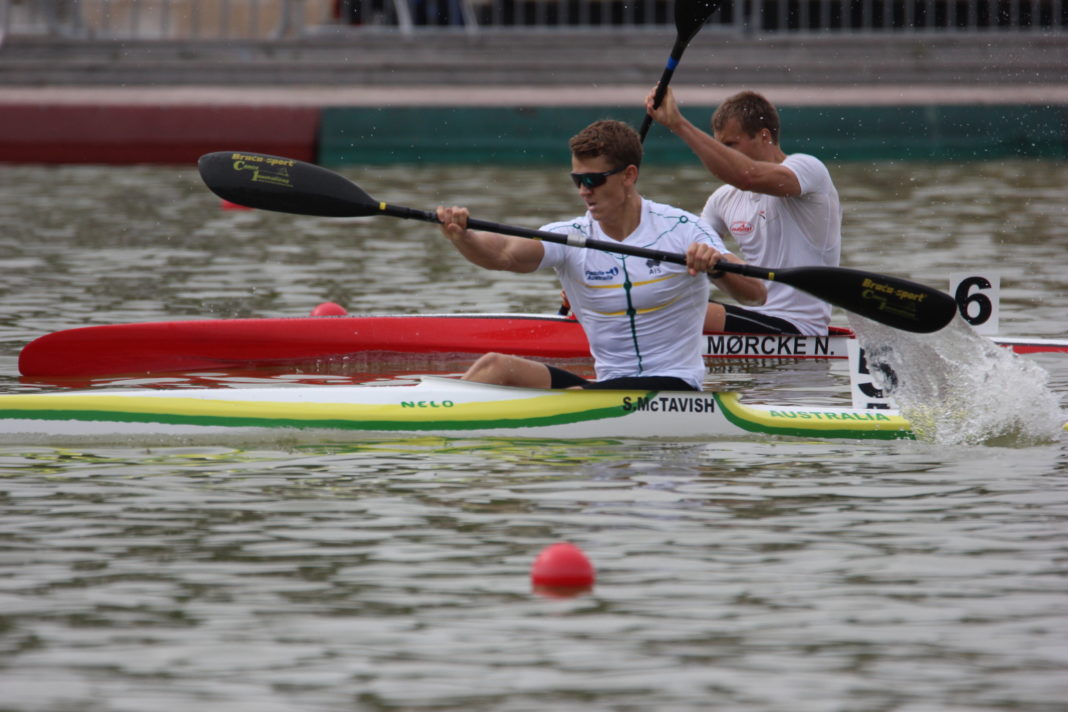 The World University Champs medal haul wraps up a successful international season for the 22-year old Sydney University student, who only recently won a silver medal in the men’s K1 1000m at the 2018 ICF Canoe Sprint U23 World Championships in Plovdiv, Bulgaria (26-29 July).

McTavish dominated both the men’s K1 500 and 1000 winning the K1 500 final in 1:40.66, more than two seconds ahead of Hungarian Zsombor József Noé and German Felix Frank.

“I think I have had a good season and I’m happy with my international results and the times that I have posted in the last two weeks.

“I was especially happy to finish off my season by trying something new and surprising myself with a medal in the K1 200 with a huge pb of 35.256, McTavish said after the event.

And looking ahead to next year he added, “now that I’m done with the season, I can have a couple of weeks rest and refresh before building into a bigger year next year.”

In other Australian results, team mate Isabella Rositano (SA) competed in both the women’s C1 200m and 500m but missed the finals after finishing fifth in the C1 Women’s 200m and fourth in the Women’s 500m semis.