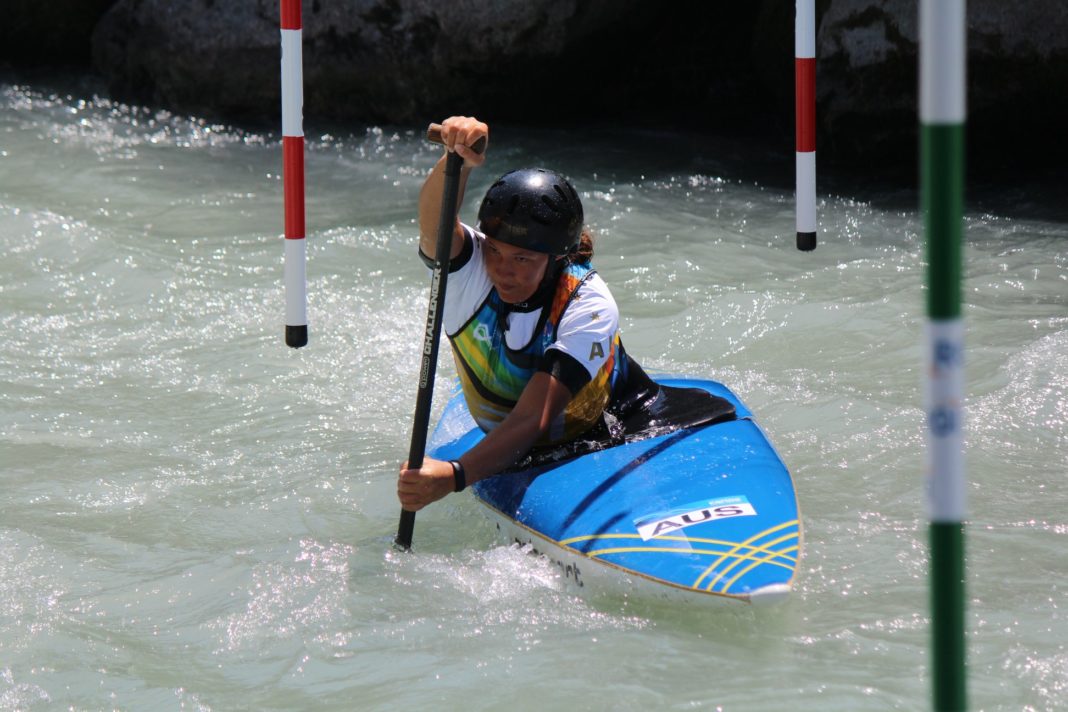 Robert Janiszewski (VIC) and Alexandria Choate (WA) are both through to junior semi-finals at the ICF Canoe Slalom U23 and Junior World Championships in Ivrea, Italy.

Janiszewski was rewarded for his solid opening run in the C1 qualifiers with a time of 96.61, qualifying in 20th place.

Like Janiszewski, Choate made it into this weekend’s semi-finals by finishing 20th on her first run in the C1.

Choate posted a time of 120.49, but with two gate touches can expect to go faster in the semi-finals.

Choate’s brother, Jack, was Australia’s unluckiest, and busiest, paddler on Thursday. He finished the day with four runs, and missed qualifying for the K1 semi-finals by just one position.

He picked up a 50 on his first and second run in the C1, just missed qualifying on the first run in the K1, before his agonising result on the second run.

“I was pretty disappointed with my C1 runs this morning,” he said. “But I’m pretty happy with my K1. I felt alright this morning, I was more nervous going into the C1 because I hadn’t paddled the course. I’ve got so much to learn, so much to improve on, but it’s a good week.”

“I’m pretty upset about my run,” McLaughlin said. “I was happy if I made the semi-finals, it is my first year competing so I am really happy with any result I come back with.

“It’s good to get the experience. Hopefully I’ll be on top of it next year.”

Montalto picked up a 50-second penalty on his last run which ended his hopes of weekend action.

“It’s obviously not how you want to go out,” he said. “There was some good stuff there, and some bad stuff. I’ll learn from it.

“This is my first world’s, and I was just super happy to make it to be honest. I just really wanted the semis. I suppose I’ll be back again next year.”