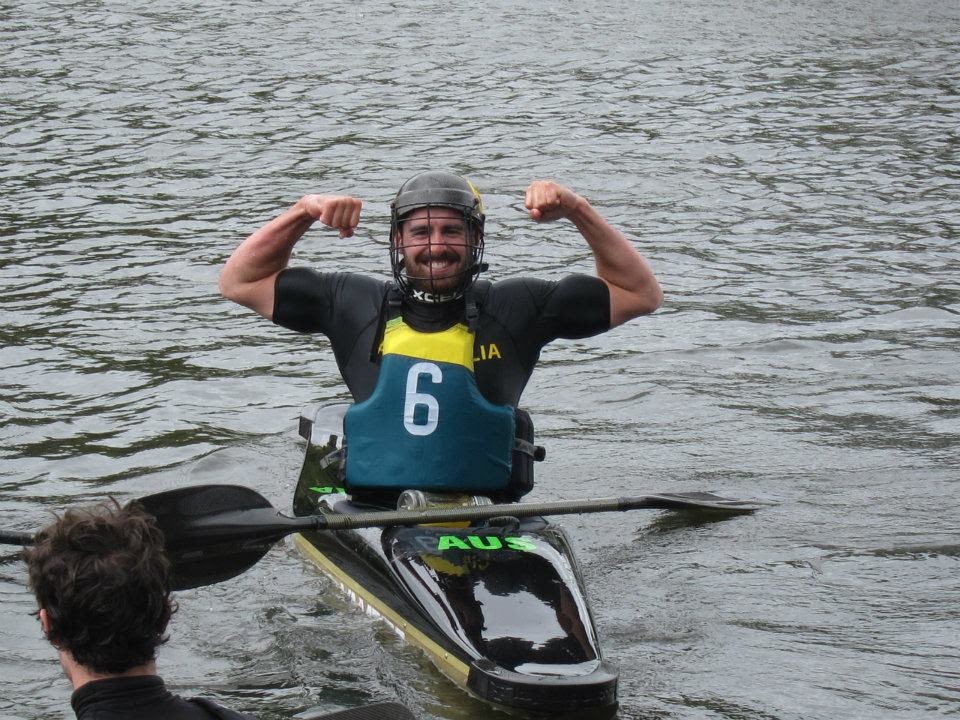 Ben Stark has been playing canoe polo since he was a junior after being introduced to the sport after being a spectator of his older brother in the local Adelaide competition.

A familiar story – a boy sitting on the sidelines and being asked to get in a boat and have a go… He has not looked back since!

Competitively, he first represented Australia in U18 at the 2005 Oceania Canoe Polo Championships and went on to compete in the Under 21 Australian Men’s Canoe Polo Team at the World Championships in Canada in 2008.

In 2011, he made the jump to the Australian Men’s Team for the Oceania Championships and has continued to be a squad member since.

In 2017, Ben was excited to be selected to play in the first Canoe Polo Super League (CPSL) in Ningbo, China. Canoe Polo elite athletes from around the world came together for 4 weeks and competed in a tournament for the CPSL trophy. Games were live-streamed online for all to see; reaching 1,000,000 live views for the final.

This year is looking to be Bens’s biggest yet both on and off the pitch! He steps into the Australian Men’s Canoe Polo Team for the 2018 World Canoe Polo Championships, and will be joined by his wife Jo and their recent first born child Ruby, Ben’s biggest fan!

The smiling assassin is fierce on the field and a key strength player for the Aussie men!

His best training tips are to enjoy playing and to set a specific goal to achieve each training session so you remain motivated to go back next session (especially in winter!).