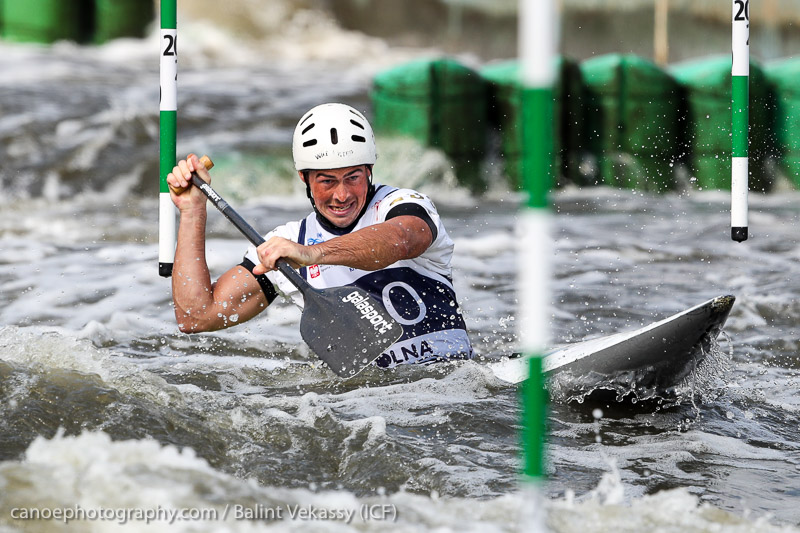 Australia’s Jess Fox was always going to find it hard to match the excitement of double gold on the opening weekend of the ICF Canoe Slalom World Cup season, but she still got the job done on the opening day of competition at the second canoe slalom World Cup in Krakow on Friday (29 June 2018). Fox (NSW) headed a list of Australians who have qualified for semi-finals action this weekend, including 2016 Olympian, Lucien Delfour (NSW).

Delfour sat out the opening weekend in Liptovsky Mikulas after arriving late in Europe, but showed good early season form on Friday to qualify in 16th place in the men’s K1. Teammate Daniel Watkins (TAS) is also through to the semis, after qualifying 27th, but Timothy Anderson was unable to match his strong showing from Slovakia and will miss the weekend action.

As he did on the opening weekend, Watkins underlined his versatility when he also qualified for the semi-finals of the men’s C1, although he needed two runs to do it. 2016 Olympian Ian Borrows (NSW) and Western Australian Brodie Crawford (WA) both missed qualifying. Fox appeared to paddle well within herself on Friday, qualifying 17th in the K1 with one gate touch, and then in fourth place in the women’s C1.

Ros Lawrence (NSW) will also compete in both semi-finals this weekend, finishing seventh in the C1 qualifying, after snatching the final qualifying position on the second run of the K1. Noemie Fox (NSW) also needed two runs, but is safely through to the C1 semi-finals, but Kate Eckhardt’s hopes of a K1 final were dashed when she picked up a 50-second penalty for a missed gate on her second run.