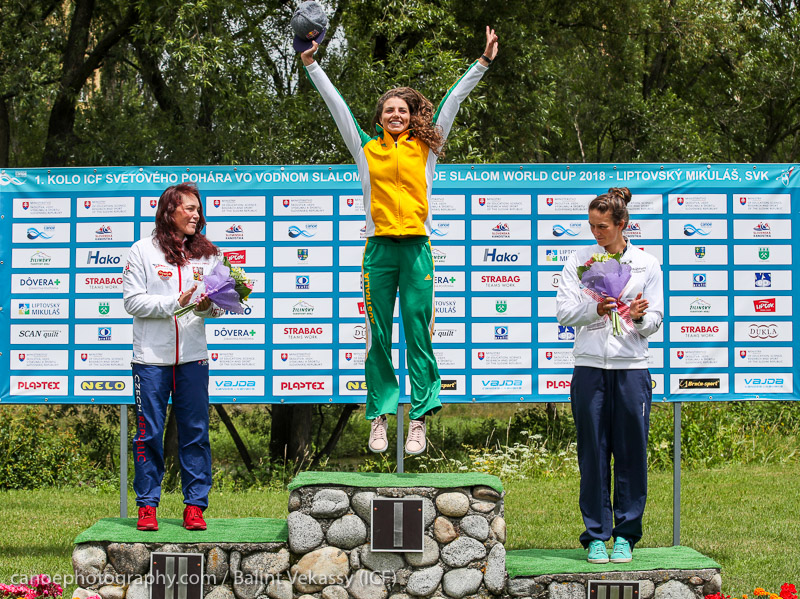 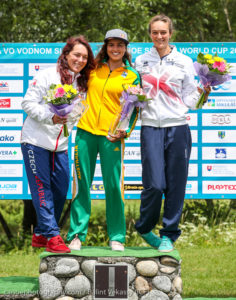 Fox (NSW) could not have been more impressive in the women’s C1 final, blowing away the field to win by more than seven seconds in cold and wet conditions.

Already on Saturday, Fox had started the new 2018 ICF Canoe Slalom season in the same way she finished the 2017 season – on top of the women’s K1 podium. The reigning K1 World Champion won the women’s K1 in a time of 101.20, almost two seconds faster than Austria’s Corinna Kuhnle, with Germany’s Ricarda Funk third. Full story here.

After Sunday’s gold medal run the dual Olympic medallist said she was inspired by the noise of the slalom fans as she made her way down the Liptovsky course.

“It was such an awesome run. To be able to back up after yesterday, it takes it out of you physically and mentally and emotionally, so I’m really pleased with that final.” 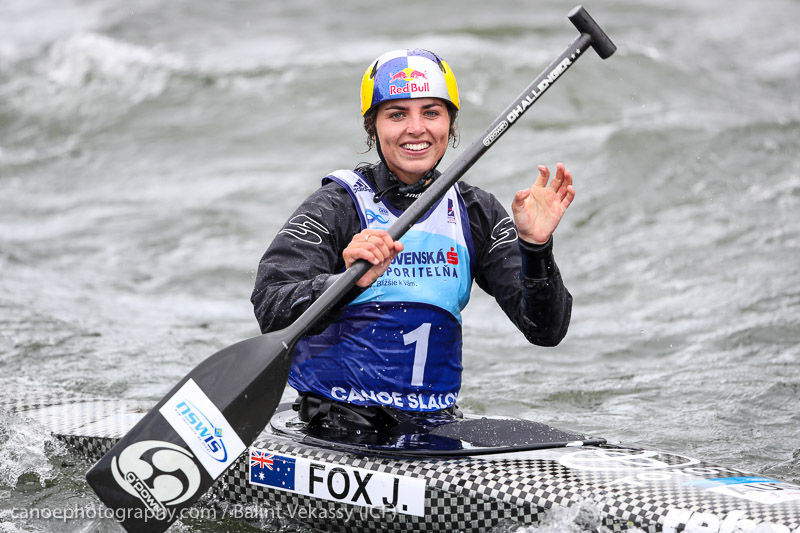 The Australian has dominated C1 events in recent years, and will be a short-priced favourite to win gold when the discipline makes its Olympic debut in Tokyo in 2020.

“When I got into that final with a solid run, I just really wanted to charge it and attack it,” Fox said.

“I fixed the errors I made in the first run, and I was really pleased and very surprised by that time in the finish. I think the field is growing every year, and the girls are very competitive.” 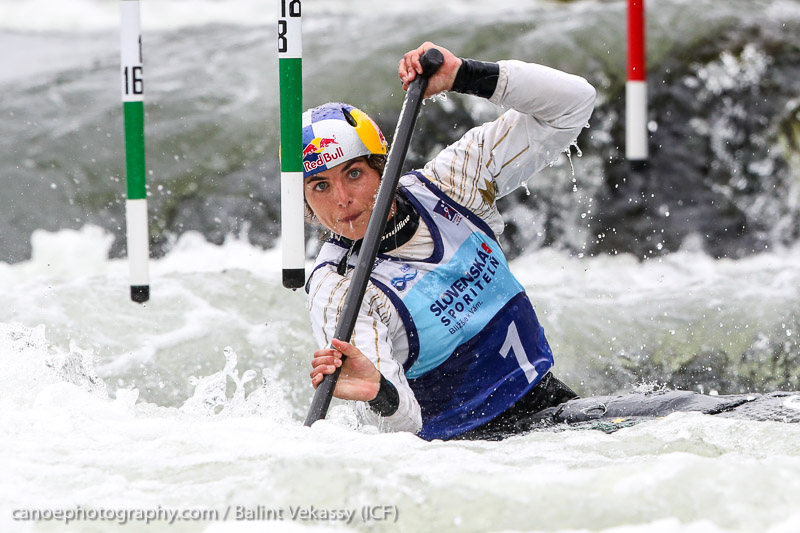 In other Australian results, Noemie Fox (NSW) finished in seventh place in the women’s C1 final, after qualifying in third place in the semi-final. 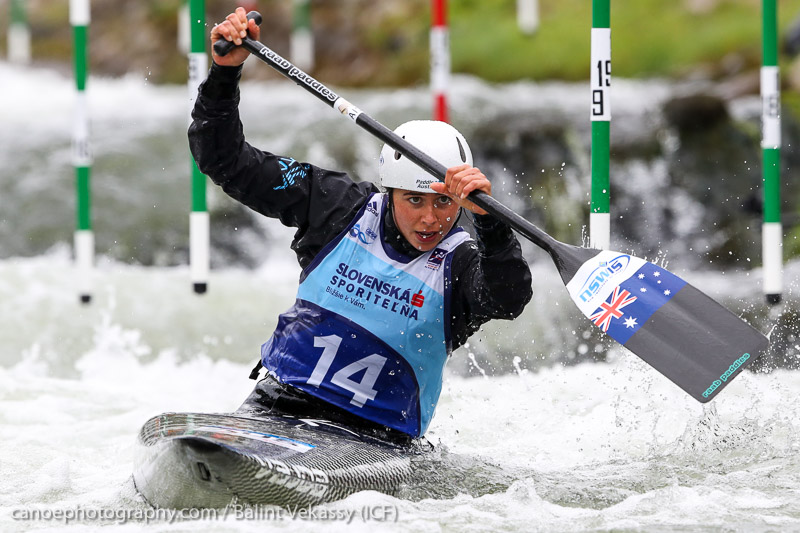 For interviews head to www.facebook.com/AustraliaSlalomSprint