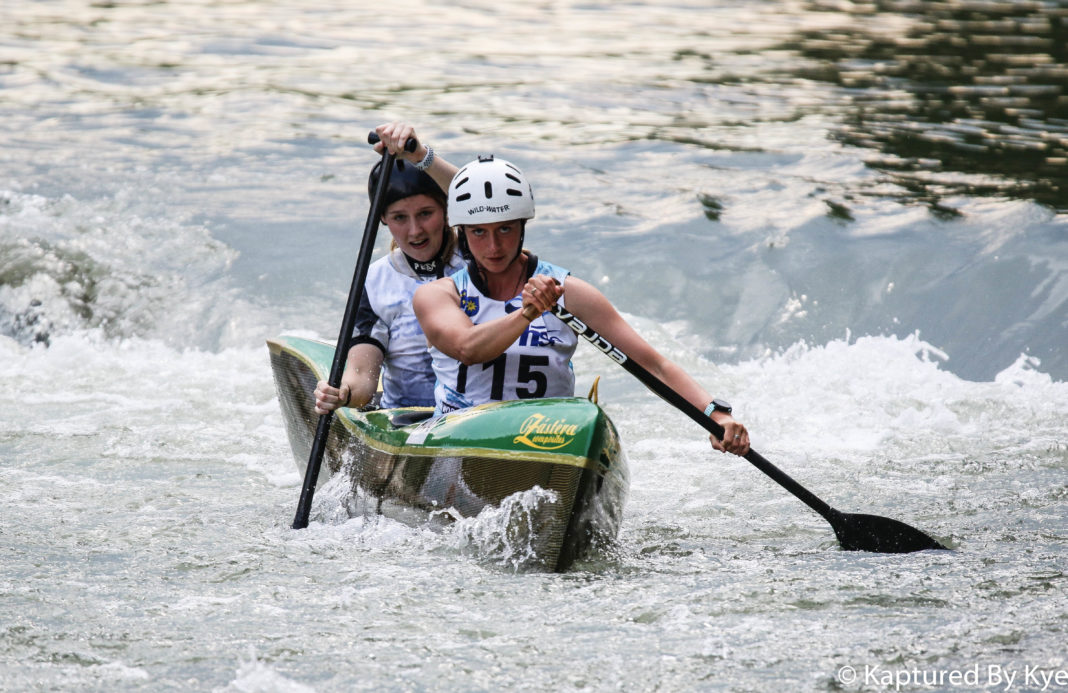 Saturday (16 June) saw the sprint race taking place on the Course at Celje in front of a large crowd with heats scheduled in the afternoon and the finals taking place under lights.

The women’s C classes have only recently been introduced and continue to grow across all canoeing events. Paddle Australia’s female wildwater athletes Maddison Wilsön and Genie Collin made the most of the new and exciting opportunities in this class and raced a strong race in the women’s C2 against the pair from France .

Maddie Wilsön also performed well in the C1 qualifying in ninth position for the C1 female final, where she finished tenth.

In the men’s K1 field of 37 starters Robert McIntyre (NSW) placed the third fastest time in the first run to qualify directly for the final.  Brother Alex McIntyre (NSW) was in 17th place and Kaylen Bassett (VIC) finished in 33rd.  In the second runs Alex McIntyre finished 11th to just narrowly miss out on the final with the top ten paddlers advancing and finished the event in 16th place overall. Kaylen Bassett had a better second run to finish 27th overall.

In the final it was a thrilling affair with most paddlers stepping it up and improving on their qualifying times.  Robert McIntyre improved his qualifying time by 0.22 of a second to finish in a time of 31.42 seconds. This saw him finish the final World Cup in seventh position in the tightly packed field.

Photo thanks to Kyelene Wilson