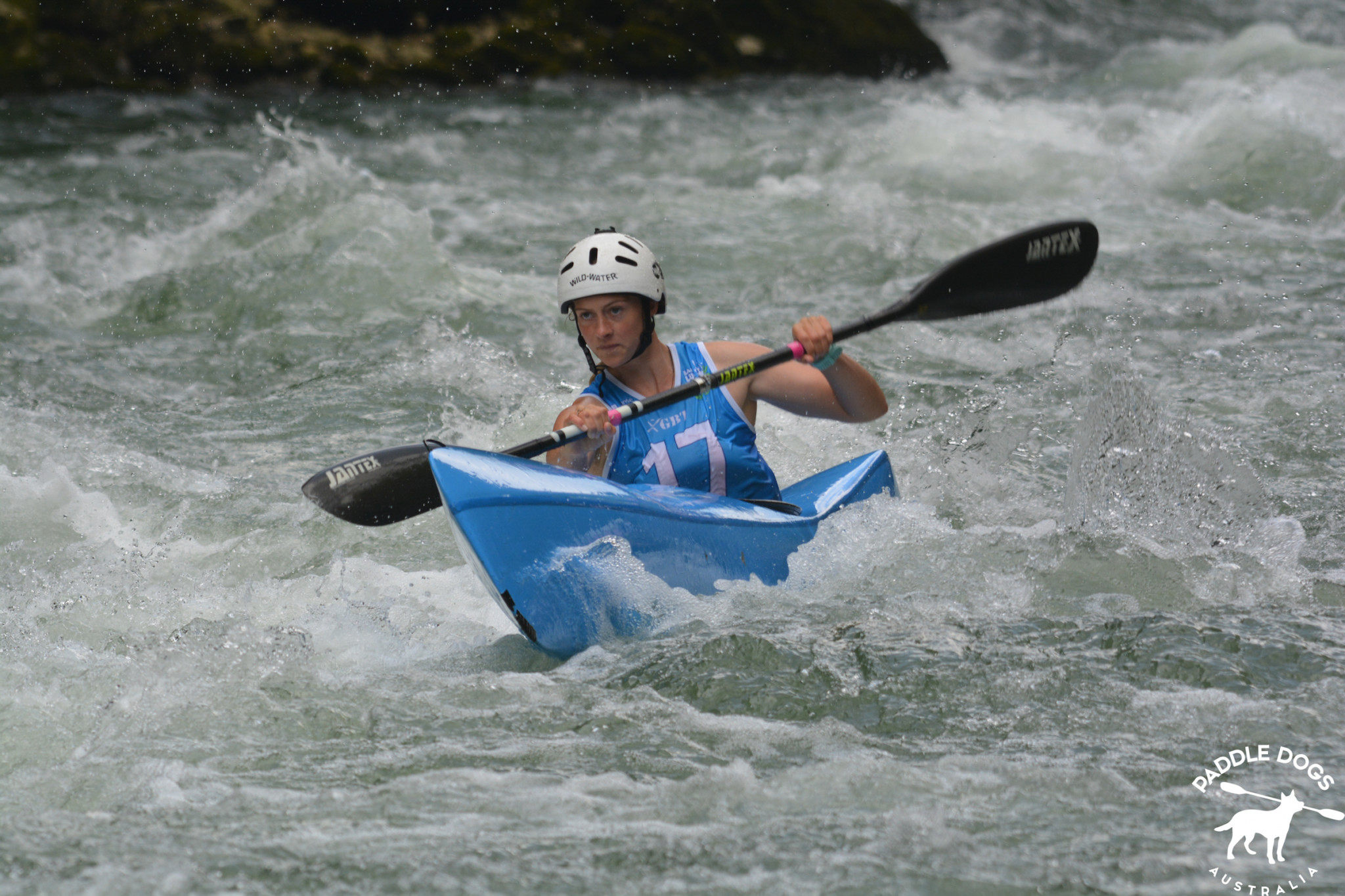 The final afternoon and Evening of the Sprint competition at the World Cups in Celje, Slovenia is set to be an electric affair according to local Kayak Club President Dosan Konda, who expects a crowd of 3,000 spectators to line the course where the finals will be held under lights.

Two years ago Robert McIntyre (NSW) featured in the final under lights and went the closest to being on the podium in his career, when he was pipped by only two one hundred’s of second for the bronze medal.  This year, McIntyre had a strong start to his 2018 international season when he finished fifth in the individual sprint race at the recent ICF Wildwater World Championships in Switzerland(31 May – 3 June) –  his best result at a World Championships and missing out on a medal by just 0.54 second. After a disappointing result in last weekend’s World Cup Sprint in Bosnia Herzegovina, where an error cost him a birth in the final, McIntyre is keen to make amends and push for a podium position on the short 30 second course that is ideally suited to him as a 200 metre Flatwater sprinter.

Brother Alex McIntyre (NSW) is coming off the back of a great finals result at last weekend’s sprint World Cup in Bosnia and will also be pushing for a finals position as will young up and coming paddler Kaylen Bassett (VIC) who has shown great improvement over the tour.  His 22nd last weekend shows that he is not that far off the top 15 and he will also be in the hunt for his first finals birth.

All three of Australia’s men’s K1 paddlers are however under no illusion of the difficulty of the task ahead given that  all six of the Slovenian K1 paddlers are in sinterlating form.  With a strong field of paddlers from amongst others France, Germany and Czech Repulic the scene is set for an exciting sprint competition this Saturday (16 June). It will come down to hundred’s of a second to even make the final, let alone get on the podium.

In the woman’s K1 Australia will be represented by Genie Collin (WA), who has been paddling well this season and showed that she is a real possibility of making the woman’s final when she had a 12th placing after run one in last weekend’s Wildwater World Cup Sprint.  Like Robert McIntyre, some errors cost her a finals birth and she will be keen to make amends this weekend.

In the woman’s C1 Maddie Wilson is coming off the back of a place in the finals last weekend and is aiming to make it two in a row.

For the first time, both Genie and Maddie will then be combining in the woman’s C2 Sprint and will be keen to see what they can achieve.

The Classic Race will be held on a different river late on Friday afternoon. The Sprint Racing on 16 June will have live streaming .