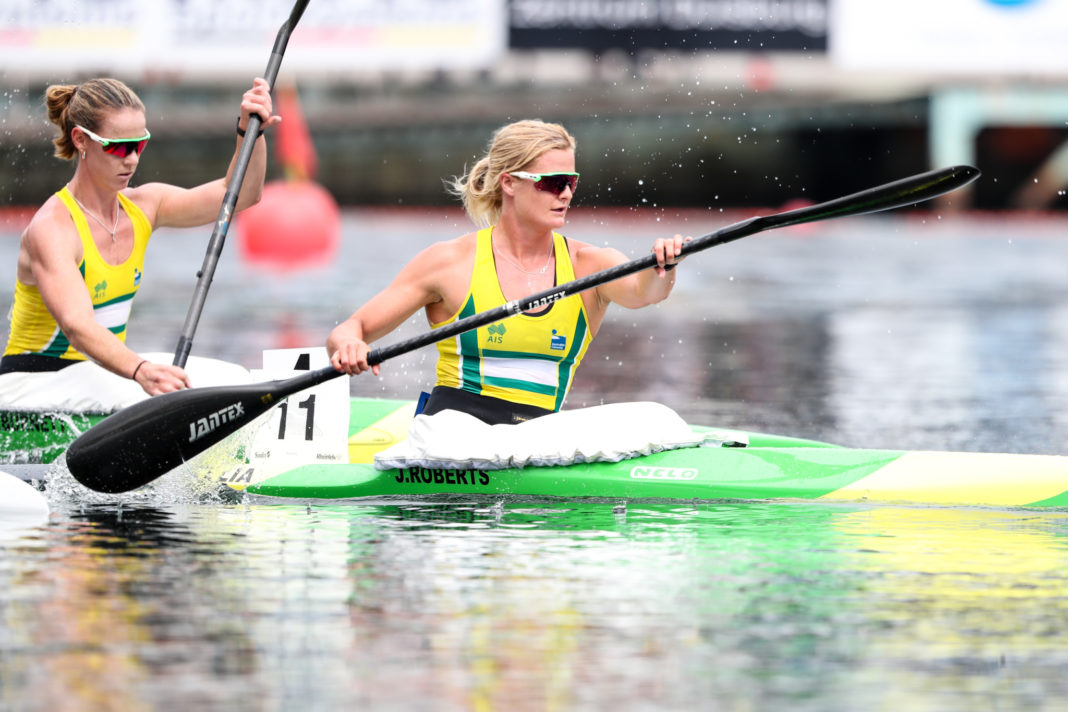 In one of the final races of the weekend, Rio 2016 Olympians Bull and Burnett were split by Sweden’s Linnea Stensils, who spent the Australian summer training with Bull (QLD) and Burnett (QLD) on the Gold Coast.

Bull and Stensils cleared out at the half-way point of the race, with Burnett involved in her own battle for third.

Bull, the current World U23 K1 1000 champion, said there was a good understanding with the Swede.

“We set it up well, we took turns leading, it was a good little race,” she said.

“You never know how they are going to pan out.”

Burnett said the trio had discussed a race strategy before the event began, and it had gone mostly to plan.

“I came around on the first corner of the 2k, and there was a bit of a move made and I couldn’t hold up my end of the bargain,” she said.

“In a 5k you try and pair up a bit, but I was on the far end of the start line so I had a bit of work to do. I was glad to see Bully take up the lead.”

In other results on the final day, the Australian women’s K4 with Alyssa Bull, Alyce Burnett, Jaime Roberts (WA) and Jo Brigden-Jones (NSW) finished fifth in the K4 500 final, and look set to contest the World Championships in Portugal later this year.

“To come away with a silver last weekend (ICF Sprint World Cup 1) and a fifth this weekend is pretty special,” Burnett said.

“We’re going to be racing the K4 at world’s, once we get the official nod. It’s really good to have us four together and have a solid block, and who knows what might happen next year.”

The men’s K4 with Matt Goble (SA), Billy Bain (QLD), Tom Green (QLD) and Simon McTavish (NSW) just missed the A final finishing the heat in fourth, but went on to win their B-Final.

The Team will return to Australia, before heading over to Europe again in a couple of months to contest the ICF World Sprint Championships in Montemor o Velho Portugal from 23 – 26 August 2018.

Find video interviews with the athletes on www.facebook.com/australiansprintslalom