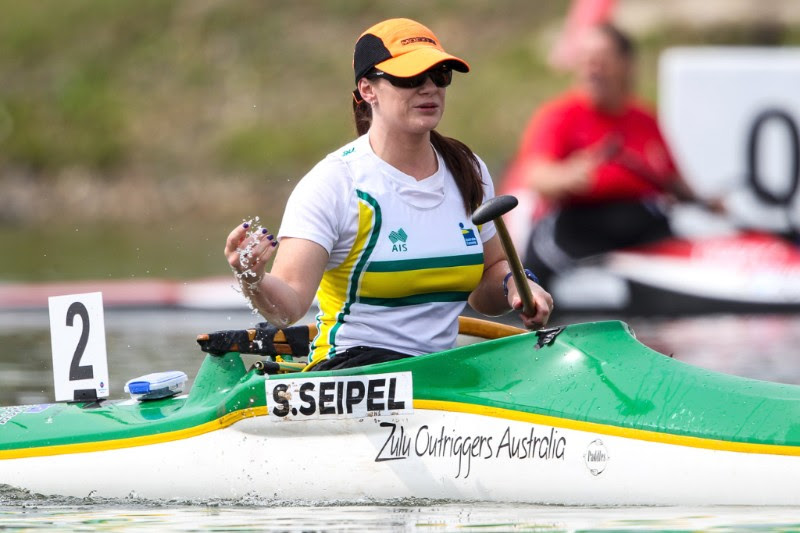 Seipel (QLD), who has been battling a cold for several days and woke Thursday with a severe case of laryngitis, finished second in her KL2 heat behind British Paralympic gold medallist, Emma Wiggs, to qualify directly into the final.

Littlehales (NSW) had to rely on a strong semi-final performance to book his place in the KL3 final, after putting up a strong performance behind Ukranian Paralympic gold medallist Serhii Yemelianov in his heat.

“It was a good race,” Littlehales said.

“The wind really swung around to a tail wind right before the start, so it was quick. I’ve felt good, especially after my results at last week’s training camp in Great Britain.

“I’ve been working hard with the guys down at Avoca and the AIS and NSWIS for the past year, so just to see it’s all paying off now. I’m using a bigger paddle now, I’ve just got to keep working and hopefully get on the top of that podium soon.”

“It was fast start call, but good hit-out, good competition,” McGrath said after his KL2 heat.

“I was really just trying to nail the start, which I didn’t quite do, but I had a good middle of the race and then came home strong. I followed my race plan, so looking forward to see how we go in the final.”

Racing continues on Friday, with the start of the ICF Canoe Sprint World Cup and the first paracanoe finals.

Live streaming will be available here.