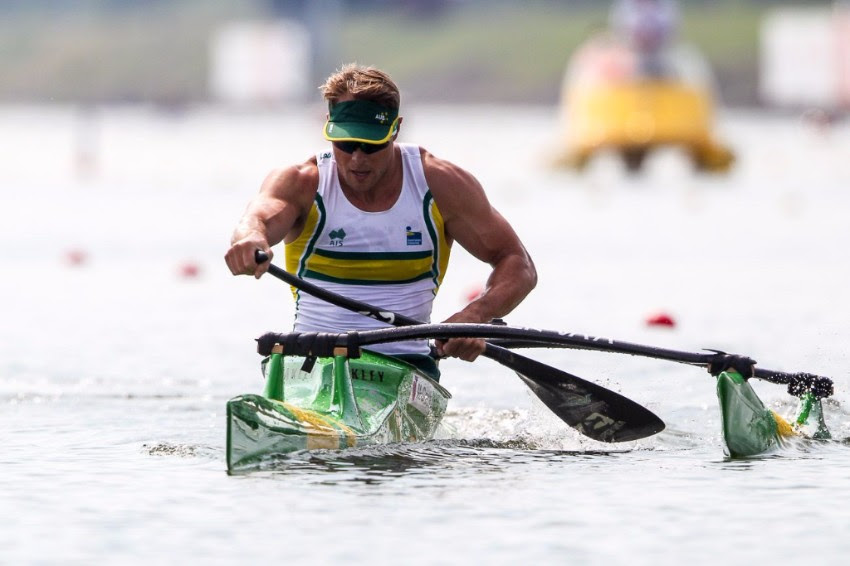 Australia is confident of a strong showing at this week’s ICF Paracanoe World Cup in Szeged, Hungary (18-19 May 2018), despite the late withdrawl of Paralympic medallist and world champion Amanda Reynolds (VIC) through injury.

For McGrath it will be his first international event since the announcement that va’a, or outrigger canoes, will be added to the Tokyo 2020 program.

McGrath has been regularly competing in va’a and is looking forward to the opportunity of possible competing for two medals at the next Paralympics.

“I had this weird feeling in Rio, where when I finished and got off the water, like immediately after,” McGrath said.

“You train so hard, and you are so prepared, and then it’s over in about 40 seconds, so you really don’t feel like you’ve committed yourself, or that you could have done more.

“So I felt like I could have added another event, and I’m glad that V1 is in there and I’m able to give that a go. I’d like to be able to stand on the podium twice in Tokyo.”

A devastated Reynolds finally succumbed to a wrist injury she suffered on the eve of her departure from Australia.

The 2017 world champion and Rio Paralympic silver medallist had a fall and injured her wrist, but was hopeful the damage was only minor and she would be able to compete in Szeged.

But it became obvious during a pre-world cup training camp in the United Kingdom that the damage was more serious than first thought.

“We were hoping it would settle, we did everything to try and make it sorted,” Reynolds said.

“We got to Nottingham and did a week’s training with the Brits, which was absolutely amazing, but had to do a couple of races which put my wrist under the load.

“Once we did that we realised it just wasn’t going to hold up. I was still asking for a reprieve this morning, but we had to look at the big picture.

“We’ve got about 12 weeks until the World Championships, and that is going to be our main focus now. “

Like McGrath, Seipel is also looking at a possible second event in Tokyo with the introduction of va’a. The Queenslander has won the past three VL2 world titles, and won a bronzemedal in the KL2 in Rio.

18-year-old Littlehales has been balancing a busy school year with his paracanoe training, but has been training alongside McGrath in preparation for the 2018 season.

Start lists and results can be accessed here.