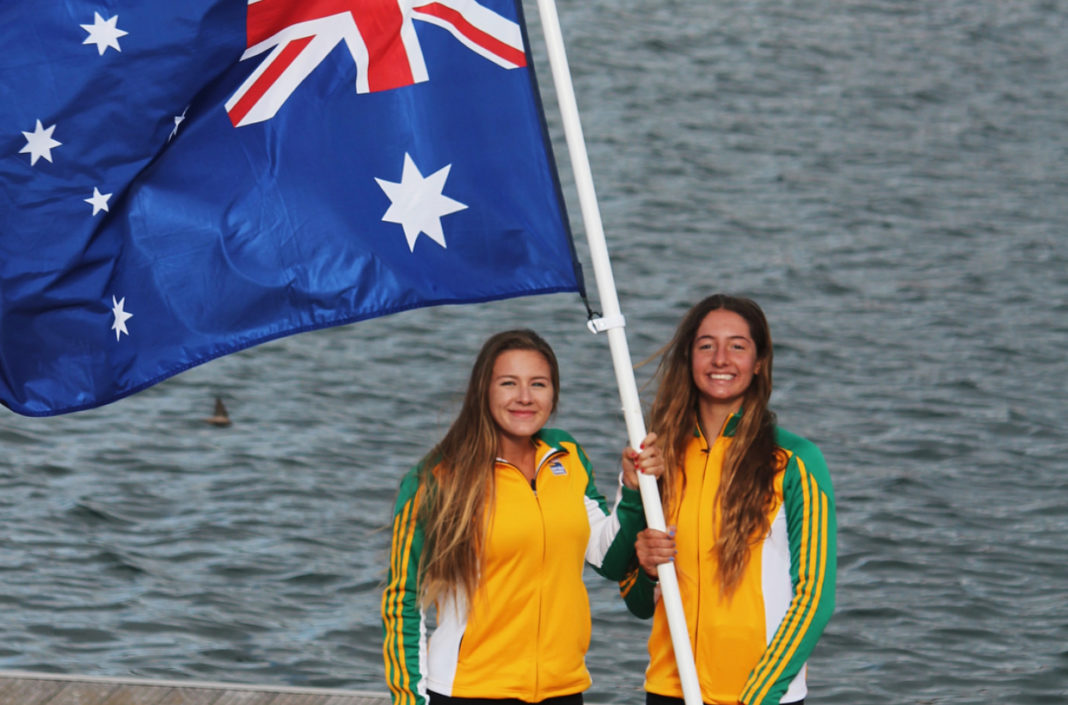 Athletes from more than 60 nations around the world will compete in Barcelona this week for the right to represent their country in the canoe events at this year’s Youth Olympic Games (YOG) to be held in Buenos Aires 6 – 18 October. The International Canoe Federation Youth Olympic Games qualifiers begin on Thursday (12 April) and run through until Sunday (15 April 2018). There will be full coverage at www.canoeicf.com

Australian Canoeing’s Jenaya Massie and Kali Wilding will be representing Australia in the women kayak in Barcelona and will be looking to secure one of the 58 places – 29 men and 29 women – available this week. The two 15-year olds will race the Head to Head Sprint today (12 April), followed by the Obstacle Slalom event on Saturday.

More than 250 boats have entered from more than 61 nations, with six continents represented at the four-day International Canoe Federation (ICF) event that will determine which athletes will compete at this year’s Youth Olympic Games in Buenos Aires. The competition is restricted to athletes aged between 15 and 18.

The unique slalom/sprint event will be contested at the same venue that hosted sprint canoe at the 1992 Barcelona Olympics.

History has shown the Youth Olympic Games is a strong launching pad for young athletes to reach the very top level of their sport and Australia’s Olympic medallist Jessica Fox, who was among the athletes at the inaugural YOG in Singapore in 2010, is one of the best examples.

Fox was not born when the Olympic Games came to Barcelona in 1992, and Tuesday was her first ever visit to the venue on the outskirts of the city that hosted the sprint competition that year.

The YOG format for canoeing is a combination of sprint and slalom (obstacle), which Fox said doesn’t tend to favour one athlete over another.

“I don’t think the slalom or sprint races reflect what we train for at world championships, but it’s great to learn from and it’s a different vibe because it’s head to head racing.” she said.

She said her Singapore experience provided an incredible launching pad for a career which has so far returned an Olympic silver and bronze medal, and 16 individual World Championship gold medals across junior, U23 and senior competition.

“It’s not just about the competition, it’s about being a well-rounded athlete, and learning about sportsmanship, and learning about all the values that the Olympics really tries to get across. Being here, and seeing athletes from Kenya, from Thailand, from Iran, from all over the world, it’s amazing.”

According to Fox the hype and the understanding of what the YOG was all about has changed significantly since she competed as a 16-year-old. “I remember the YOG really clearly,” she said.

“It was the first one, so a lot of people didn’t really know what to expect, and a few people were hesitant to go. But those of us that went, we had the best time.

“It was an incredible learning experience. The competition format is very different, but it’s still really valuable in terms of the whole atmosphere, the village life, being part of a multi-sport event. There are a lot of outside distractions like the village, the activities, the media, the opening and closing ceremonies, and I think all these contribute to making it a really valuable experience.

“And being part of a bigger team. In slalom or sprint it’s just your little team, while at the YOG you’re with every sport. The Singapore experience was great and really helped me for my Olympic Games in London and in Rio. So if you do get the chance to compete at the YOG, soak up the energy and atmosphere. Focus for your races, but really make the most of every activity, event and enjoy it.”

The YOG qualifiers begin today ( Thursday 12 April) and run through until Sunday (15 April).

Parts of copy & quotes thanks to ICF