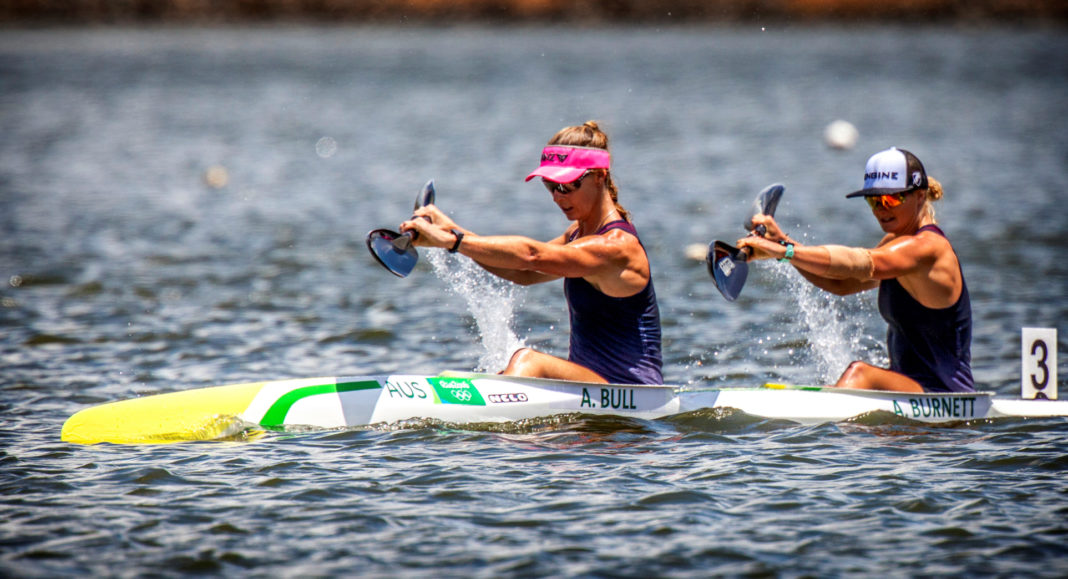 Australia’s best Olympic and Paralympic sprint paddlers will take on some hot competition from around the country, Oceania and Europe at Sydney International Regatta Centre in Penrith from 9 – 11 February 2018 for the 2018 Oceania Championships Grand Prix 2 with only a couple of weeks to go until national team selection trials.

It will be the first big hit-out of the 2018 season with 148 athletes competing in 89 events across the Olympic and Paralympic classes and Open, under 18 and under 16 age groups. New Zealand’s U18 team has already arrived in Penrith with competitors from France, South Africa, Denmark and Tahiti completing the international entries.

For Australia’s Olympic sprint paddlers the event will be the final opportunity to secure an invitation to the 2018 national team selection trials to be held at Sydney International Regatta Centre (SIRC) 4 – 5 March 2018.

“The Grand Prix 2 (GP2) is going to be a pre-selection regatta for us. If we do well there we get an invitation to selection trials. So we’ll be aiming to go well at GP2 to make that selection regatta and then press on to nationals and continue on getting good results there as well,” Olympian Alyssa Bull (QLD) said about the tasks ahead.

The 22-year old and 2017 U23 World Champion, who had her Olympic debut in Rio alongside K2 partner Alyce Burnett (QLD), is part of a strong team of women paddlers, who are vying for selection with the women’s K1 500 and 200 attracting the biggest fields of 33 and 32 entries respectively.

“This season has been a massive step for the girls in Australia. We had some great results at worlds last year, which was a bit of a turning point for us and a couple of the girls have now moved to the Gold Coast to our National Centre of Excellence. So almost every day in our training environment we are pushing each other. It’s almost a national race each day and we’re improving from that,” Olympian and 2017 K1 1000m World Champion Alyce Burnett explained.

Both Alyssa Bull and Alyce Burnett will race the women’s K1 1000m, 500m and 200m as well as the K2 500m and K4 500m together. In the K4 the Sunshine Coast pair is teaming up with Olympian Cat McArthur (SA) and Western Australian Jaime Roberts.

“We have some solid K2 and some good K4s on the water. Anything can happen. Next year we obviously have to qualify boats for Tokyo, so this season will be a bit of trial run for that and then we see how we go,” Burnett added with her eyes set on Tokyo 2020.

New on the Olympic program in Tokyo 2020 will be the women’s canoeing 200m and 500m events with five entries at the Grand Prix.

In the Paracanoe events Paralympic medallists and 2017 World Champions Amanda Reynolds (VIC) and Susan Seipel (QLD) will be aiming to get more races in ahead of the 2018 Paracanoe Team selections at the Australian Canoeing Championships at SIRC from 6-10 March 2018.

“I had a good start to the season and a good regatta at both the NSW and QLD States Championships and the races were really good. I’m hoping for great racing and getting stronger each time in the gym and hoping to bring it all together at the Grand Prix so we can be prepared for nationals,” Amanda Reynolds said.

“The Grand Prix is a great opportunity to get some more race practice in before nationals,” Susan Seipel agreed. “I have been pretty happy with my times so far this season and hope I’ll be able to go a bit faster again at the Grand Prix ahead of our selection event at nationals.”

The who is who of Australian sprint paddling is also represented in the men’s events with Paralympic Champion and dual 2017 World Champion Curtis McGrath (QLD) as well as Olympic and World Champion Kenny Wallace (QLD) amongst the stellar line-up of paddlers to compete at SIRC.

Racing is scheduled to kick-off on Friday, 9 February 2018 with heats. Heats, semi-finals and finals continue on Saturday and Sunday 10 and 11 February. The event is open to the public.

The event schedule can be found here.

The draw can be accessed here

Live results can be followed here.