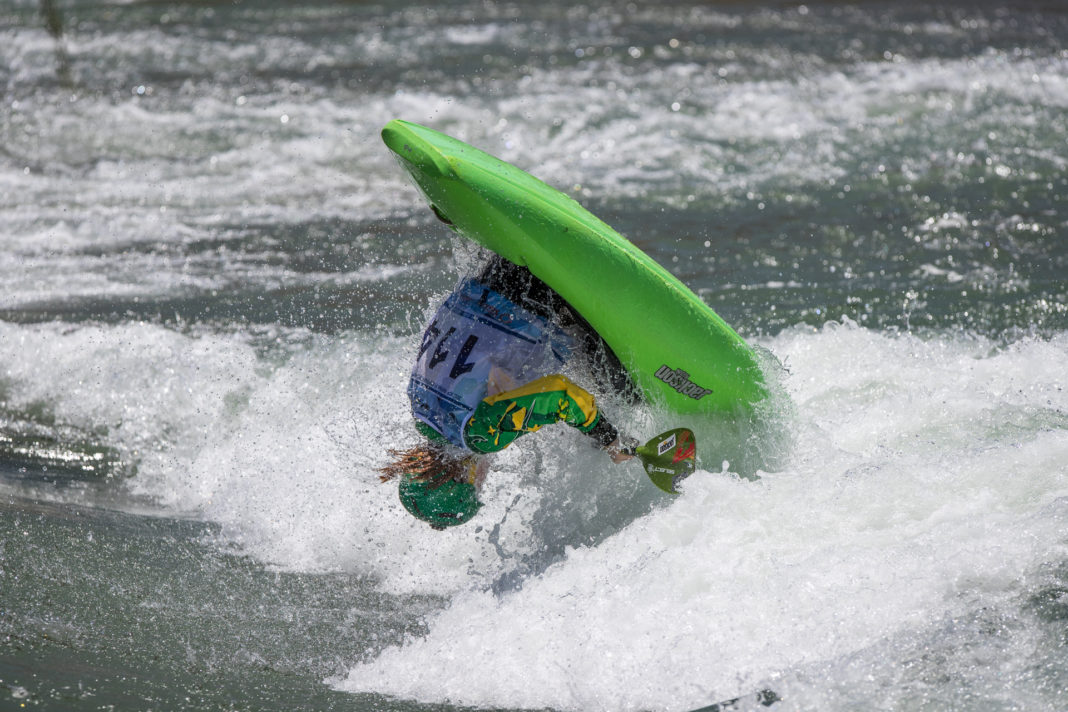 The Australian Freestyle Kayak team might not be bringing home any medals from the 2017 ICF World Championships in Argentina, but they’ve gained valuable experience which should set them up to take on the best in the future.

The Australian team is a mixture of experienced and first-timers, and coach Jez Blanchard said every single athlete should feel proud of what they achieved.

“It’s awesome to be part of this Australian team, such a big, awesome, dynamic and energetic junior team which is coming up,” he said.

“I’m looking forward to seeing how these juniors do as we progress through the next few years, for sure.

“That’s the thing that I am really excited about. Our junior teams – our junior men, they’ve still got another year to come, and I honestly see big things. Maybe top ten placings for our junior teams at the next World Championships.”

Joshua Singleton was one of Australia’s strongest performers, finishing 50th in the preliminary round of the men’s K1. Luke Carter (52nd), Luke Callaghan (53rd) and Peter Newland (54th) were all breathing down his neck.

One of the first-timers in action on Thursday was 21-year-old Michaela Dealtry, competing in the women’s K1. She didn’t make it past the preliminary round, but was excited to be at her first world titles.

“Yeah, I was a little bit nervous, I’ve never done it before, so I’m still learning and have a lot more to learn,” Dealtry said.

“I just wanted to give it my best, and learn from this experience for when I come back next time.

“I’ve never really been good at any sports at all, and this is one I actually enjoy doing, and I can learn different disciplines and different skills from it.”

Lewis Wylie competed in the men’s C1, and while he didn’t end up with the score he had hoped for, said he would learn from the experience.

“I didn’t come here to win, more for the experience and to have fun,” Wylie said.

“The run didn’t go to plan, but this happens. I was really nervous, and that showed in my first run, I just kept rushing things.

“I’ve only been doing freestyle for about eight months.”

Team vice-captain Sue Robb was competing in her second World Championships, and returned one of the strongest performances of the day.

“I’m really happy, a big loop which is something I don’t get a chance to do much at home, so I’m pretty happy with this wave,” Robb said.

“Most of us work, or at school or Uni, we’ve had to adapt to the food and the climate but the last week has been great.