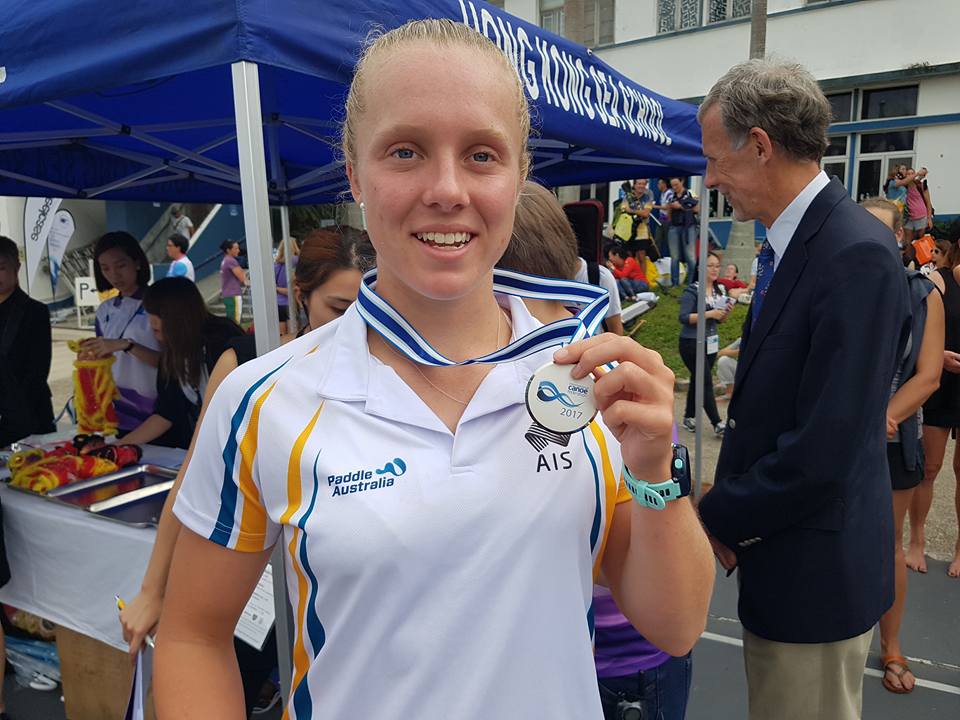 17-year-old Sinclair was involved in a tight tussle with South Africa’s Sabina Lawrie in the women’s U18 event, eventually finishing less than one second behind the 18-year-old in flat and still conditions.

“I got something stuck on my rudder in the first four kilometres, and I had to stop and clear it,” an exhausted Sinclair said.

“She deserved the win. I couldn’t have given it any more. It’s pretty cool, I didn’t expect that to happen.

“It was so hard. The hardest thing I have ever done. Some waves would have made it so much better, but you can’t change that. You just have to go with what you’ve got.”

Elizabeth Wise was the best placed of the Australians, finishing 11th in the open race.

“I’m absolutely stoked, I was aiming for 10th to 12th so to get 11th is fantastic in conditions that are not really suitable for me,” Wise said.

“I’m more of a downwind paddler than a flatwater paddler, so I’m over the moon.

“I felt pretty good. I had a good start, but lost a few people at a few points so I had to do a lot of work by myself.”

Brea Roadley was the best placed of the Australians in the U23 division, finishing sixth, while Katherine Atkinson won the 40-44 age group, Sarah Davis the 45-49 division, and Julie Jenkinson the 50-54 group.

The men’s race will be held on the same course tomorrow, with much rougher weather conditions forecast.