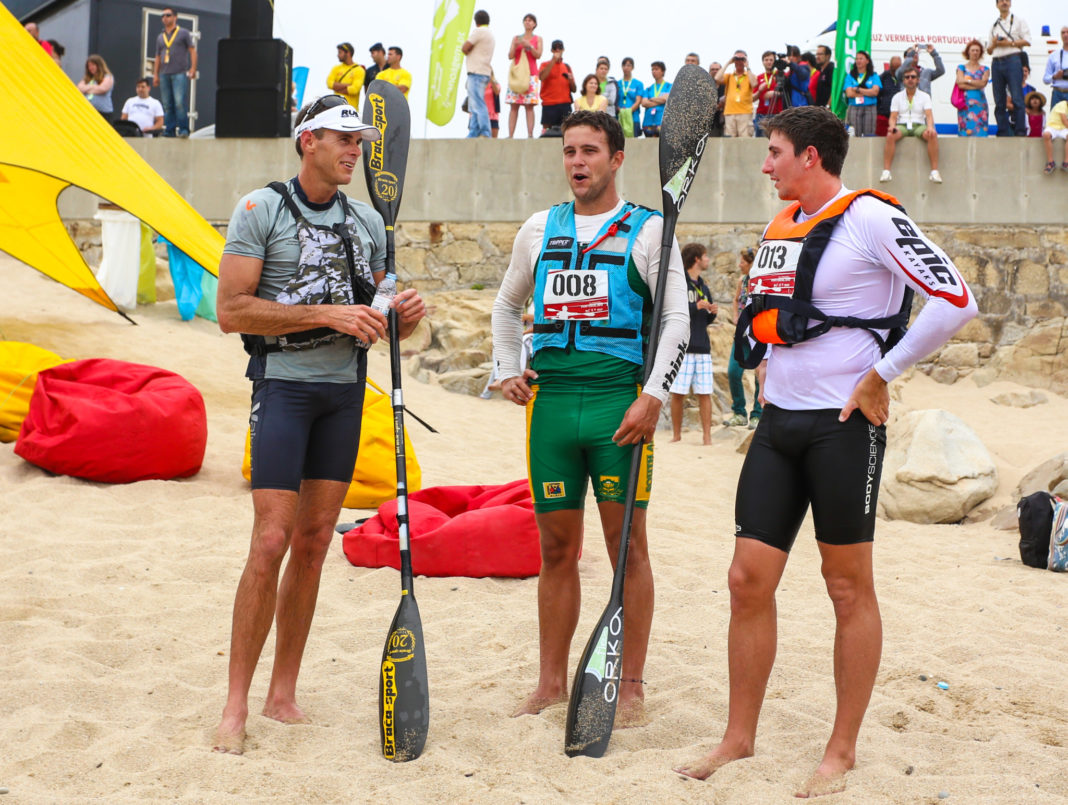 The South Australian won gold in Tahiti in 2015, beating the highly-rated South African pair of Jasper Mocke and Sean Rice, which followed on from a silver medal behind Rice in the inaugural World Championships in 2013.

Australia will have athletes competing in every division this weekend, including men’s and women’s senior, U23, junior and masters events.

Along with Hill, Illawarra’s Mackenzie Hynard will be looking to defend his U23 world title from two years ago, in his final race in the under-age division.

Teenagers Georgia Sinclair, Oscar Jones, Noah and Zach Havard, Jeremy Heys and Ben Walker will all contest the junior events, while five other Australians will join Hynard in the men’s U23 event.

In the open race, Hill will be joined by the experienced Gold Coast paddler, Jeremy Cotter, while in the women’s elite race DeArne McWhirter and Elizabeth Wise will represent Australia.

Shepparton’s Brea Roadley and Caitriona O’Leary, who celebrated her 20th birthday this week, will contest the U23 event.

The first edition of the ICF Canoe Ocean Racing World Championships to be held in Asia has drawn more than 400 athletes from 33 countries to Hong Kong, with the powerful South African team already identified as the early favourites.

The third edition of the World Championships will be contested on the picturesque waterways of Hong Kong, with the start line at Clearwater Bay, and the finish line 22.25 kilometres away at picturesque Stanley Beach.

“We are confident the Hong Kong Canoe Union will deliver a great event, which will be reminded as one of the best in years to come,” ICF Ocean Racing Committee Chairman, Mario Santos, said.

“We hope that this event will leave a long-lasting legacy of ocean racing in Hong Kong, in Asia, and across the world. The aim is to increase participation rates in this discipline and to promote canoeing to sea-bound countries.”

For the first time the World Championships will include junior, U23 and masters races, as well as the inaugural Asian Championships to be contested on Friday.

“With such an impressive line-up of world-class paddlers, the World Championships will offer global and local canoe enthusiasts with exciting and unforgettable moments,” the President of the Hong Kong Canoe Union, Anthony Chan Wai-lun, said.

“Our mission is to engage the wider public in the event and encourage more people to get involved in the sport, and hopefully one day we will have a canoe ocean racing world champion of our own.”

The women’s title will be contested on Saturday, with 21 athletes from 13 nations entered in the elite race, while 42 men from 17 nations will contest the men’s open event on Sunday.