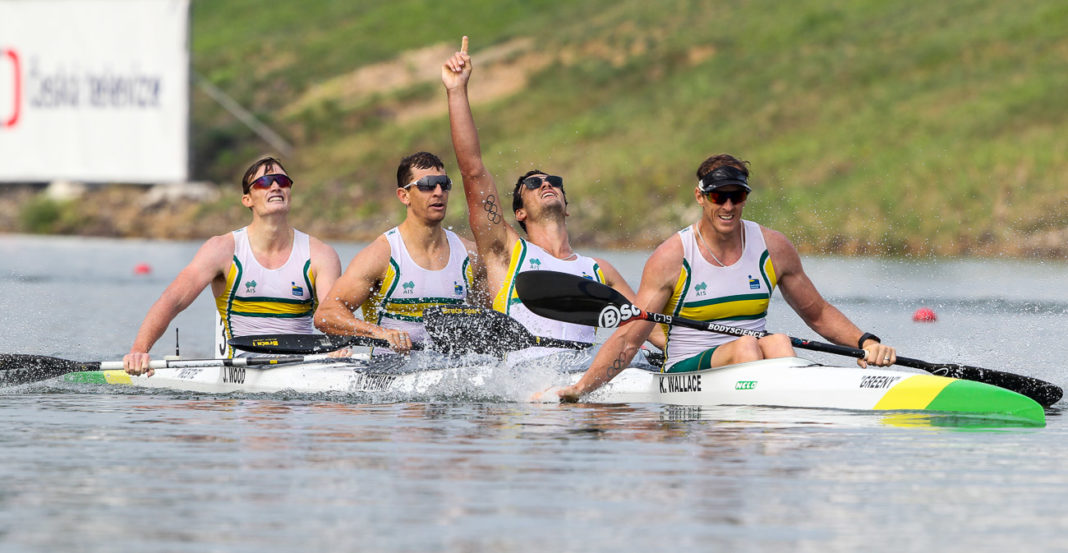 The cream of Australia’s canoe sprint and slalom teams have been announced as finalists at the 2017 NSWIS Awards Dinner.

2016 Olympic bronze medallist and 2017 K1 World Champion, Jessica Fox, and 2017 World Champions Riley Fitzsimmons and Murray Stewart have all been recognised for their outstanding international seasons.

Fox had an outstanding canoe slalom World Cup season, culminating in the 2017 K1 World Championship title in Pau, France, last month. She is in the running for the Office of Sport Female Athlete of the Year.

Fitzsimmons and Stewart have been nominated in the Arrowfield Stud Male Athlete of the Year category following their victory in the K4 1000m at the world championships. Joining them in the finalist announcement is sprint head coach Jake Michael and women’s slalom coach, Myriam Fox, in the Southern Design Coach of the Year award.

Para athlete Dylan Littlehales and slalom paddler Noemie Fox have both been nominated for the Mizuno Junior Athlete of the Year prize. The NSWIS Canoe Sprint Program is also a finalist for the Sydney Olympic Park Authority Program of the Year award.

Canoe athletes have also been recognised for their ability to balance their sport with other commitments. Jo Brigden-Jones is up for the ClubsNSW Personal Excellence Award, while Simon McTavish and Noemie Fox are finalists in the University of Sydney Academic Excellence category.

The esteemed annual awards will be presented at a gala celebration at the Sydney Cricket Ground on 16th November, with the best sporting talent from across New South Wales in attendance. The awards recognise and honour the achievements of NSWIS athletes, coaches and sport programs across eight categories.

NSWIS CEO Kevin Thompson said, “The finalists for the 2017 NSWIS Awards demonstrate the depth of talent we have amongst our athletes, coaches and sport programs here at the NSW Institute of Sport. We are all looking forward to celebrating the many highlights from the past 12 months at the awards dinner on 16 November.”

The full list of finalists for the 2017 NSWIS Awards is below: