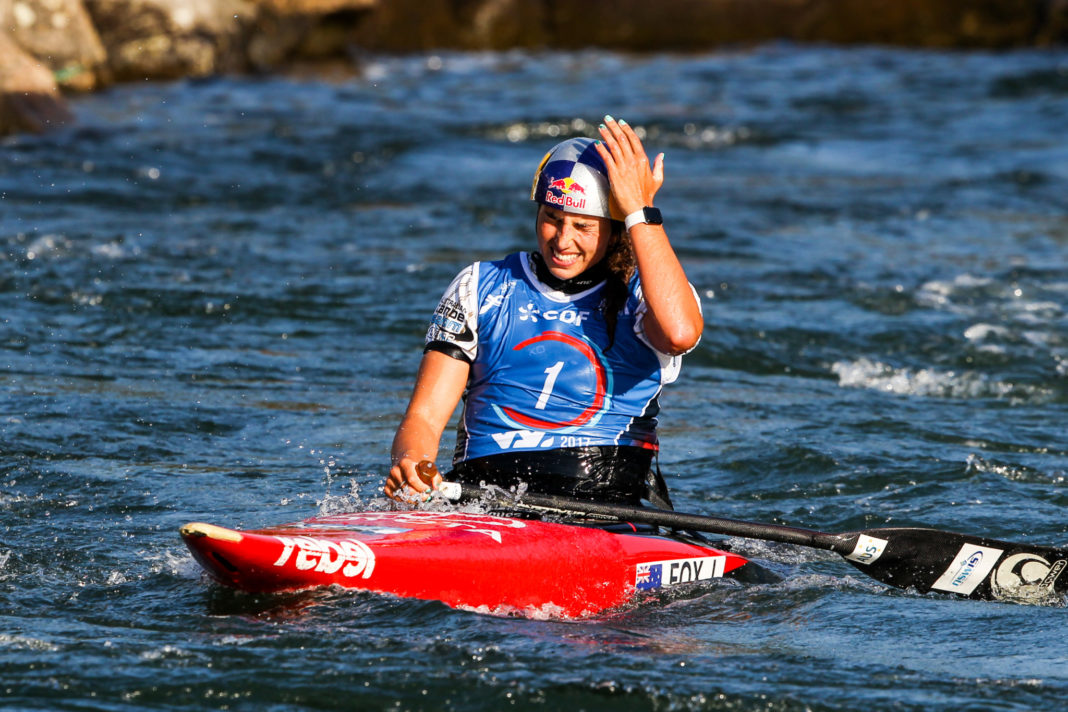 Australians Jessica Fox, Ros Lawrence and Lucien Delfour have finished outside the medals on a difficult day of racing at the ICF Canoe Slalom World Championships in Pau, France.

Delfour attracted 50-second penalty which left him sitting in eighth position in the men’s K1, while Lawrence picked up two seconds in penalties and Fox six seconds to finish fifth and sixth respectively in the women’s C1 final.

It brought to an end three consecutive C1 world championship titles for Fox.

“I never thought I was unbeatable, I knew these Worlds would be hard,” Fox said.

“Although I’ve had a fantastic World Cup season, it does come down to that final run.

“It started really well, and then I got a touch on 11, and then 12, and that kind of rattled me a bit. I tried to push the lines a bit to go a bit faster, but that doesn’t always work, you kind of get into trouble by doing that.”

The gold medal went to Great Britain’s Mallory Franklin, who finished more than four seconds ahead of the Czech Republic’s Tereza Fiserova.

Franklin was the first athlete on the course in the final, and Fox said she knew she had set a very fast time.

“Generally I try to always use the pressure, because you can’t really avoid it. I think what happened today I just let the touch get to me, and I didn’t keep it together after that.”

Lawrence was one of the few C1 paddlers to master the tricky Pau course in the semi-final, entering the final in fourth place.

Although she went slightly slower in the final she said she was enjoying her paddling.

Fox and Lawrence will get another chance for medals when they contest the semi-finals of the K1 on Saturday.