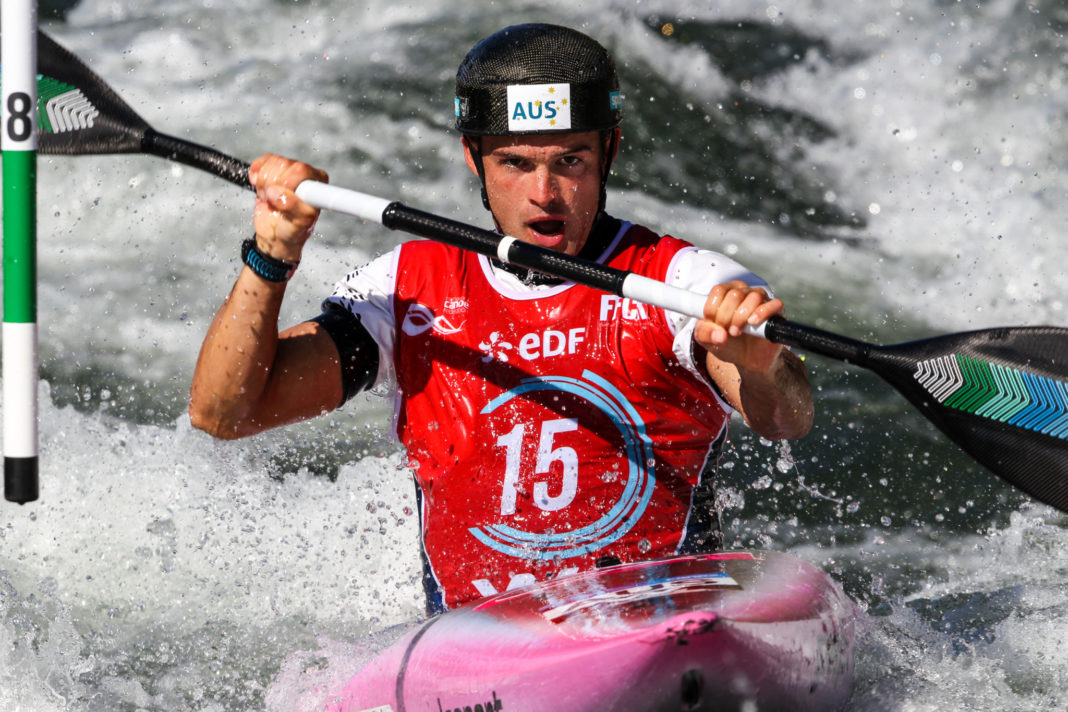 Australian Olympians Jessica Fox and Lucien Delfour are safely through to semi-final action in their respective events after qualifying rounds at the ICF Canoe Slalom World Championships in Pau, France, on Wednesday.

Joining Fox in the second round of the women’s C1 will be younger sister, Noemie, and Ros Lawrence, while Delfour is the only Australian to make the semi-finals of the men’s K1, with teammates Warwick Draper and Jaxon Merritt both falling short of qualifying.

“I knew the girls had gone quite fast, the times were quite close together and it’s a fairly open course, so I tried to attack it a bit more than I would normally do in a qualifying run,” Fox said.

“But I’m happy with that, fifth place is where I want to be for now.”

This year is the first time the women’s C1 is being contested at the World Championships as an Olympic event, but Fox said there was no more pressure than usual.

“It’s not massively important, but it does make a big difference now that it is an Olympic event, mainly for a lot of the countries that are now supporting the girls,” she said.

“It effects funding, it effects coaching opportunities, so I think for a lot of the girls it is important to get a good result here and show they are ready for Tokyo, or getting ready for Tokyo.”

Lawrence qualified in 14th position, while Noemie Fox missed automatic qualification by one place on the first run, but was able to get through second fastest in the second run.

Lucien Delfour had a nervous wait to find out if he had made it through to the semi-finals after his first run, where he picked up four seconds in penalties – the most of any athlete in the top 45.

He eventually squeezed through in 30th position.

“It was a bit of a stressful situation, I got to the bottom with two touches, which is definitely way too much for a World Championships qualification, but as long as I’m in the semi-final I guess I’m pleased,” Delfour said.

“I’m just about ready for a good two or three weeks of rest to be honest. But the last two years have been pretty difficult, the results haven’t been quite as good as I wanted, so I need to do well at these Worlds.”

Dita Pahl is the only Australian competing in the Wildwater World Championships, but was unable to qualify for the final of the women’s K1.