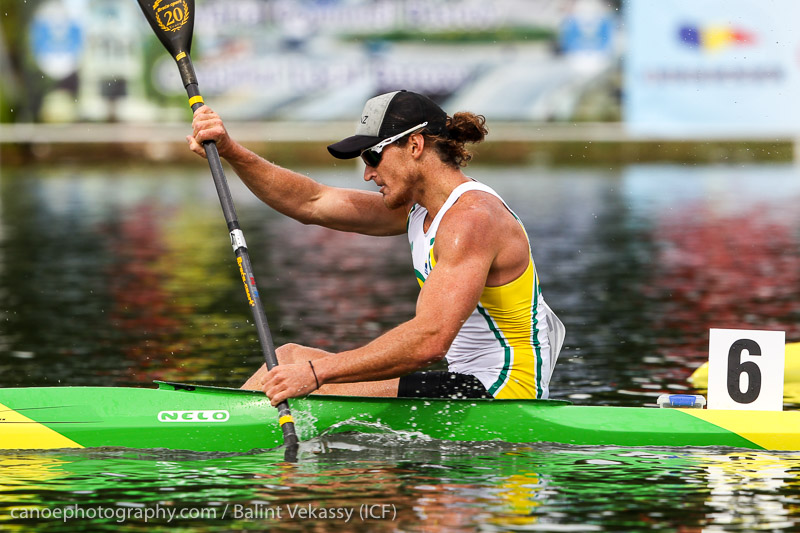 Australian senior team members Alyssa Bull, Bill Bain and Jordan Wood and Riley Fitzsimmons used all their experience to lead their team to a strong opening day at the 2017 ICF Canoe Sprint U23 and Junior World Championships in Pitesti, Romania, on Friday.

Bull qualified fastest for the women’s U23 K1 1000 final, Wood and Fitzsimmons could not have been more impressive qualifying for the K2 1000 final, and Bain won his K1 1000 semi-final to qualify fourth fastest for Saturday’s gold medal race.

“When you get here there is no easy race,” Bain said.

“The heat was tough, and that was pretty hard. At World Champs nothing is easy so you have to give it your all.

“The semi-final is your final 90 per cent of the time, you can’t get on the dias if you’re not in the final. I found that out last year, and this year I really made sure there were no possibilities of that happening again.”

Bull and Bain arrived in Pitesti having posted strong results in the ICF World Cups earlier this year.

Bull had won a gold and a silver medal, while Bain had posted some impressive results against impressive senior opposition.

“I drew a couple of really tough semis through the World Cup period, and I was probably pretty lucky in that sense because it’s hard to make a final in the seniors, and they turned out to be just as hard as finals,” Bain said.

“I was able to get the race experience I would have been able to get if I had made the A final. I learned a lot off the boys.

“The quality of the field here, it’s probably one of the better U23 fields I’ve seen in my time, and this is my fifth U23’s.”

The ICF U23 and Junior Canoe Sprint World Championships continue on Friday.