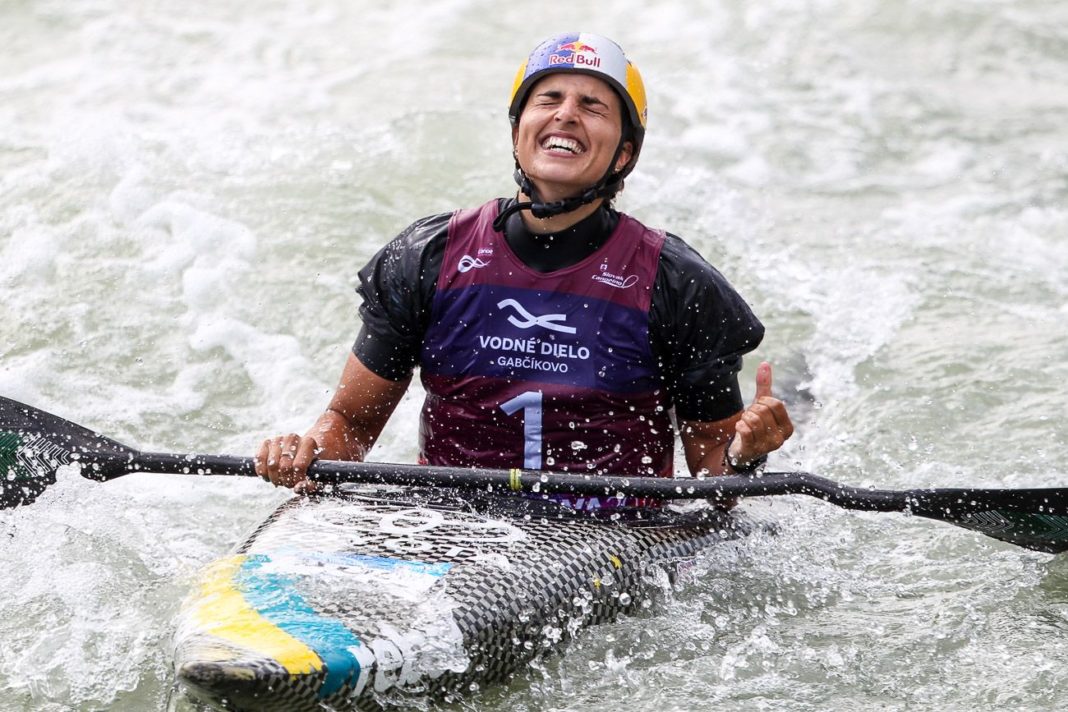 Australia’s Jessica Fox has bounced back from heartbreak 24 hours earlier to win gold at her final individual appearance at the World U23 Canoe Slalom World Championships in Bratislava, Slovakia.

On Friday Fox, a London silver medallist and Rio bronze medallist, was left devastated after a 50-second penalty robbed her of a certain gold medal in the final of the U23 C1.

On Saturday she showed her class, racing within herself to ensure she would snare a fourth consecutive U23 K1 gold.

“There are days when you can have great big lows, and to come around and get back out there, it’s what I love,” Fox said.

“This is 50 times sweeter that yesterday. Yesterday was pretty draining emotionally. I gave everything in that run, and afterwards I was very upset emotionally.

“Today I didn’t want to give the video judges any chance of giving me an asterisk or a 50, I wanted to be middle of the gates. I definitely had that fire from yesterday.”

The win takes to 11 the number of gold medals shoe has won in her Junior and U23 career, picked up from just 14 races.

Tasmania’s Daniel Watkins showed he is close to a podium in the men’s C1, qualifying for Saturday’s final, a late 50-second penalty relegating him to ninth in the final.

“I’m really happy to get into the finals and see some pretty fast times,” Watkins said.

“I would have been a lot more satisfied if I could have done well today, just pull a run together and see how it finished.

“I’m pretty happy with where my C1 paddling is at the moment, even if it hasn’t quite come to fruition.”

The 2017 ICF Canoe Slalom Junior and U23 World Championships will end on Sunday with the team events.