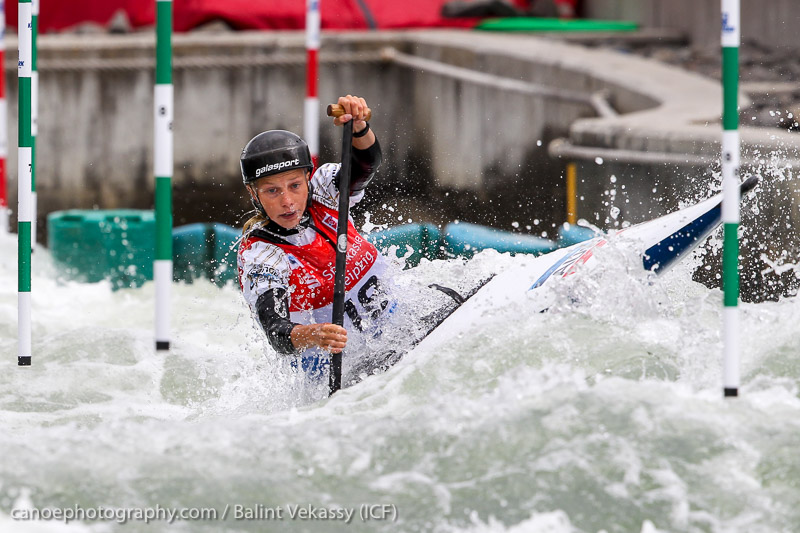 The Australian canoe slalom team continued their consistent form of the European summer, with several strong performances on day one of the third World Cup in Markkleeberg, Germany.

Two-time Olympian Jessica Fox and NSW’s Ros Lawrence qualified for both the women’s C1 and K1 semi-finals on the weekend, while Kate Eckhardt and Noemie Fox will join them in the C1.

2016 Rio Olympian Lucien Delfour once again proved he is one of the fastest paddlers in the world, qualifying second quickest for the men’s K1 semis, while Daniel Watkins continued his great form of one week ago to qualify for the C1 semis.

He’ll be joined on Sunday by 2016 Olympian Ian Borrows, competing in his first World Cup of 2017.

Jessica Fox was the only member of the Australian quartet not to advance after the first run in the C1, after she picked up a 50-second penalty for missing a gate.

But she made up for the mistake on the second run, posting a time three seconds quicker than Spain’s Nuria Vilarrubla recorded on the first run.

“It’s quite challenging, and there’s a lot of stopper moves, and the first drop in the middle section, the water is moving really fast,” Fox said.

“When you’ve only got one blade it can be quite challenging, but stopper moves are also where a lot of time can be made.”

Eckhardt followed up her strong showing from Augsburg by qualifying fastest of the Australians on the first run of the C1, just ahead of Lawrence.

Only German Alexander Grimm went faster than Delfour in the men’s K1, and only just. The Australian finishing in 90:02 behind Grimm’s 89.92.

“To be honest it didn’t feel that good at all, I had a really short warm-up,” Delfour said.

“It’s pretty windy today and pretty tough on the water. The top section I was pretty happy with, and I got to the middle section and I felt pretty tired.

“The bottom bit was just survival, so overall I’m pretty happy with it.”