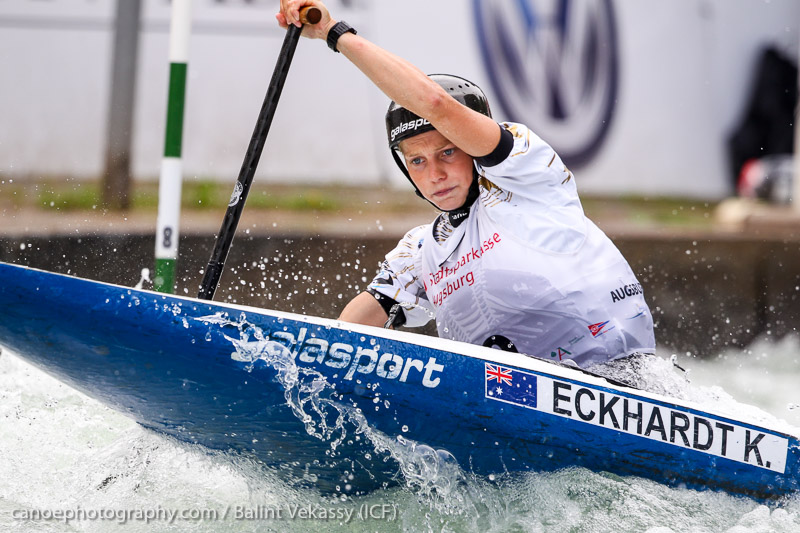 Along with the return to form of two-time Olympic medallist, Jessica Fox, there were also great results from Kate Eckhardt, Daniel Watkins and Timothy Anderson on a tough course which claimed the scalps of many of the world’s best.

Lucien Delfour made a second consecutive K1 final and is consistently among the quickest paddlers, and the team has also been joined by 2016 Olympian, Ian Borrows, to add further to its depth.

Fox was at her devastating best in winning the women’s C1 in Augsburg, and although she fell just short of making the K1 final, all the indications are she will be threatening for medals in both events this weekend.

19-year-old Eckhardt had a major breakthrough, qualifying for the C1 final last weekend, and then finishing sixth in a result which will give the teenager enormous confidence thos weekend.

Watkins went incredibly close to making the final of the men’s C1, finishing 12th after needing just one run to qualify for the semis, and Anderson also needed just the one run to progress to the semis of the K1.

And veteran Warwick Draper also sent out a reminder of what he is capable of, qualifying for the semi-finals of the K1.