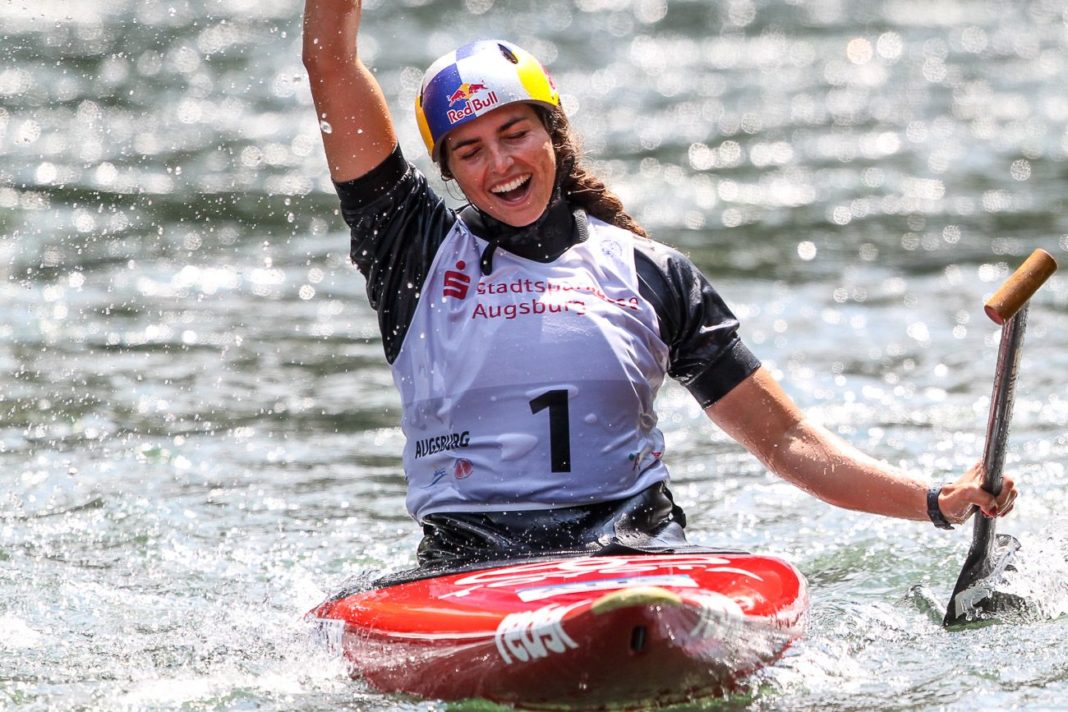 It took Jessica Fox less than one week to remind everyone just how good she is, the two-time Olympic medallist demolishing the field to win gold in the C1 at the ICF Canoe Slalom World Cup in Augsburg on Saturday.

Fox, a three-time C1 World Champion, finished more than 10 seconds ahead of the next best paddler, and was one of only two athletes to complete the tough Augsburg course without any mistakes.

At the opening World Cup in Prague last week 23-year-old Fox picked up 50-second penalties in both the C1 and K1 event, giving her a rare weekend where the didn’t win a single medal.

“Last week was a bit disappointing, but I came her really motivated and pumped,” Fox said.

“My semi wasn’t perfect, but the final went to plan. I had a lot of energy and attacked it everywhere.

“People were a bit surprised with my results last week, but everyone makes mistakes. It’s about how you learn from them.

“I think last week was a great learning experience, and this is a new weekend, a new venue, a new race, so it’s a fresh start.”

There was also a great result for teenager Kate Eckhardt, who finished sixth in the C1 final, a strong result in a quality field on a very challenging course.

Lucien elf our once again made the men’s K1 final, and looked to be on track to post a competitive time before an error at the bottom of the course drew a 50-second penalty.

The ICF second World Cup continues in Augsburg on Sunday, with the women’s K1 and the men’s C1.