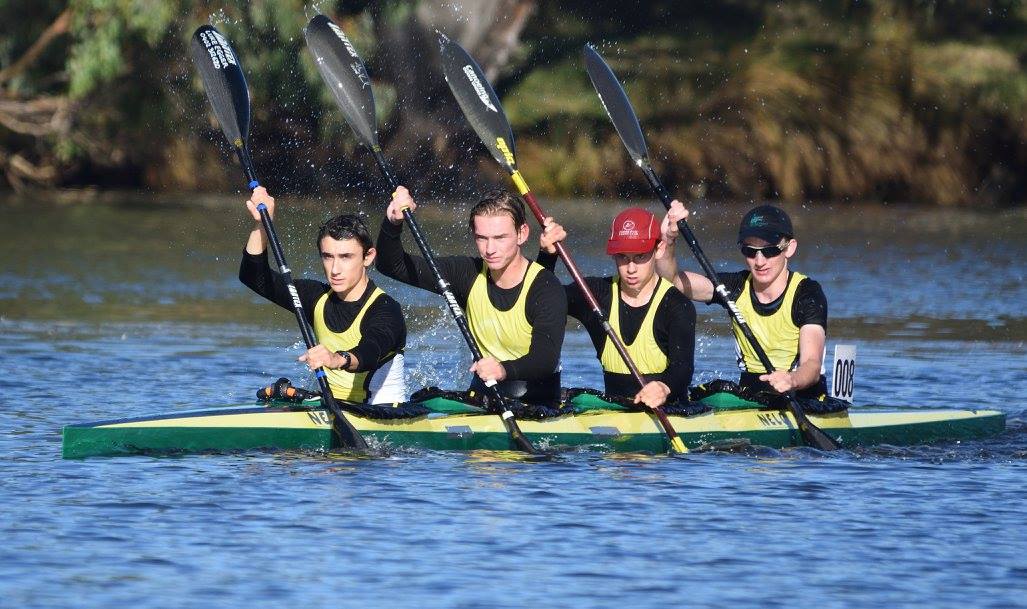 The WA Canoe Marathon Association held a very successful Ladies & Juniors K4 Championships at Ascot Kayak Club (as part of the Double Barkers Marathon Series Race) on Sunday May 28th. There was a huge turn-out of 11 K4s, a significant achievement considering there are only 14 K4’s in WA. Club coaches had put a serious effort into ensuring high participation levels.

The friendly banter on the line between the 44 paddlers of all ages set the race up to be competitive whilst remaining fun. The start was spectacular as the crews dug deep to get the heavy boats up and moving. In a short space of time, three crews had put space between themselves and the rest to form the front group. They consisted of two junior boats Alex Robinson, Kobe Wilson, Luke Egger, Tom Green and Jacob Fitzgerald, Matthew Greed, Nicholas Greed and Thomas Gallagher and the ladies crew of Caitlin Burt-Poloai, Shannon Reynolds, Yale Steinepreis and Yasemin Ray.

The course was over three laps which took the paddlers just over 2km upstream from Ascot to Olive Farm and then back downstream and around Ron Courtney Island. Total distance back to the finish at Ascot Kayak Club was 13kms. The multiple turns made for interesting racing, time was both gained and lost as the 11 metre craft attempted to cut the corners as close as possible to compete with each other and to challenge the race records. The weather on the day was superb and the fact that all craft passed in front of the club six times made for great spectator appeal.

The race was close from start to finish with only one (1) minute separating the top two junior crews, and only three (3) seconds between the 2nd and 3rd placed ladies crews.

Results were as follows: