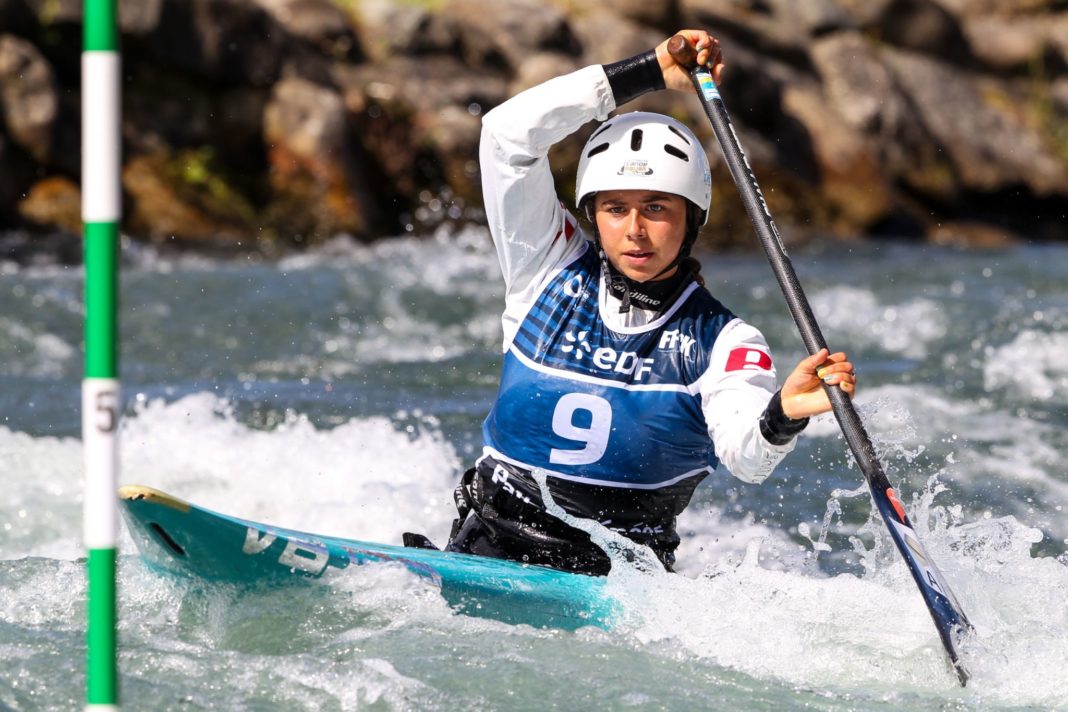 There’s a lot of change happening in canoe slalom this year, and one difference that seems to have met with widespread approval is the opportunity to have a sneak peak at the course 24 hours early.

Under new rules introduced this year, all paddlers had the chance to test the actual Prague canoe slalom race course on the day before competition, and they all took up the opportunity with considerable gusto.

Usually the race course is set the night before the event, but event organisers and team leaders voted overwhelmingly this week to bring in the change.

It’s hoped the new approach will result in faster and closer times.

One of the athletes taking advantage of the early course was Australia’s Noemie Fox, who will contest the women’s C1 this weekend.

“I’m keen to test out the course for the first time, to test this new concept and see how it goes,” Fox said.

“I’m super excited because it’s the first World Cup of the 2017 season, so Prague is always one of the best World Cup locations.”

While Fox would like to follow in the footsteps of older sister and multiple world champion, Jessica, and contest both the K1 and the C1, she missed qualification for the kayak at the Australian trials.

But she’s not disappointed. As C1 is now an Olympic event, Fox is thrilled to have the opportunity to focus most of her attention on that event.

“I do love to do both, but in a way it’s good because I just get to focus on one category and really try and develop that,” she said.

“And I still have the opportunity to do K1 at the U23 Worlds. Ideally I would like to do both, but it is hard, I haven’t mastered the balancing act yet so it is good to do one season just focussing on C1.”

The women’s C1 will be watched closely during 2017 as new athletes and established paddlers jostle for supremacy in the new Olympic discipline.

And the early signs are it is going to be a hotly contested event.

“There are already 55 athletes on the start list, so that’s a bit of a shock, but it’s so good to see that,” Noemie Fox said.

“I haven’t seen a lot of these people for six months, so we’ll see what they have in store as well, so it should be a good show.”