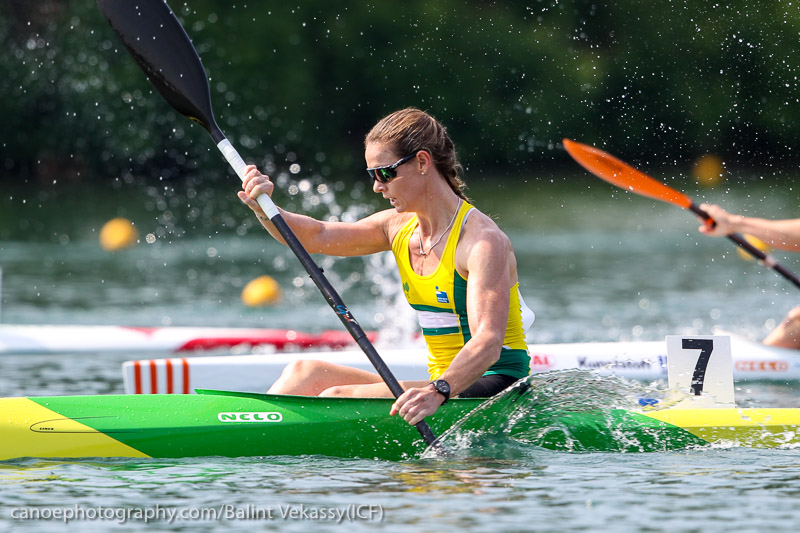 Alyce Burnett has raced into her first senior K1 500 final in an impressive display on the opening day of the ICF Canoe Sprint World Cup 3 in Belgrade.

There were also more encouraging results from Billy Bain, who just missed the final of a very strong K1 1000 and looked strong in his preliminary round of the K1 500, where he’ll be joined by Wallace.

And sprinters Matt Goble and Rob McIntyre are both into the semis of the K1 200.

Josie Bulmer continues to show great improvement in the canoe events, making the semi-finals of the C1 200, while Jaime Roberts and McArthur will join Burnett and Alyssa Bull in the semis of the K2 500.

Burnett said she was proud of reaching a new milestone.

“I think last weekend in the semi I went pretty close to making the A final up against some pretty good girls who went on to finish second and third, and I won the B final,” she said.

“I think this weekend is kind of a redemption round for me, and coming second in my semi and progressing through to my first K1 500 final in the senior ranks, I’m pretty happy with that and excited to see how we go tomorrow.”

Burnett has been focusing most of her attention in recent years on the K2 500 pairing with Bull, but said getting strong results in the individual events is good for the team’s confidence.

“Kayaking is an odd sport. It’s a team sport, but your individual performances have to be good as well,” she said.

“I’m really happy now to be able to do two races under the 1:50 mark, and be pushing up towards the top of the K1 girls.

“But I think it is really important to be able to have a K2 or K4 with girls who can do those types of times. And Bully is right around that mark.”

In the afternoon Burnett and Bull paddled a controlled K2 500 heat, knowing the German team of Franziska Weber and Tina Dietze would take the race out hard with one direct qualification spot on the line.

“We took the smart road, we thought Germany could have the win, we just had a controlled race,” Burnett said.

“As much as you want to push every race, I think sometimes you have to be smart about these things.”

“It was good to be out there in those conditions and having a hit out,” she said.

“My start was fast. We do a lot of 1000’s in training, so it felt a bit like a training exercise.

“I got some good leg burn, which I’d forgotten about for a while.”